Maureen Scalia aka Maureen McCarthy Scalia is the wife of Associate Justice of the Supreme Court of the United States Antonin Scalia, who was appointed by President Ronald Reagan in 1986 and served until he passed away on February 13, 2016 at the age of 79 from natural causes. He is survived by his wife Maureen Scalia and their nine children.

Maureen Scalia’s husband was born on March 11, 1936 in Trenton, New Jersey, he was the only child born to Italian parents Catherine Louise Scalia (nee. Panaro) and Salvatore Eugene Scalia. He attended Jesuit Xavier High School in Manhattan and George University where he graduated in 1957 valedictorian and summa *** laude with a bachelor of arts in history and magna *** laude from Harvard Law in 1960.

Scalia was an opponent of abortion rights. Scalia’s strict-constitutionalist approach would also have likely been a major factor in upcoming cases on immigration and unions. President Ronald Reagan nominated Scalia to the court in 1986. His death prompts an immediate political struggle over the future direction of the United States.

76-year-old Maureen McCarthy Scalia a board member of the Nurturing Network, a crisis pregnancy organization was born on May 7, 1939. Maureen Scalia met her hubby in 1960 while he was at Harvard and she was a student at Radcliffe College where she graduated with a degree in English. They got married in September, 1960.

Maureen and Antonin Scalia welcomed their son Eugene Scalia on August 14, 1963, Eugene Scalia graduated from the University of Virginia in 1985 with a Bachelor of Arts and from the University of Chicago in 1990 (Juris Doctor); he is a partner in the washington based firm Gibson Dunn LLP. The Scalia had four more sons John Francis, Paul David, Matthew and Christopher James Scalia and 4 daughters Ann Forest, Catherine Elisabeth,  Margaret Jane, and Mary Clare Scalia.

One of the Scalia girls Ann Forest Scalia now Ann Forest Banaszewski was born in 196. Ann Scalia was arrested in February, 2007 Ann Banaszewski. The 45-year-old daughter of Supreme Court Justice Antonin Scalia was arrested Monday night on drunk driving and child endangerment raps. Ann Scalia an Illinois resident, was pulled over by Wheaton Police Department officers after driving away from a McDonald’s with her three children.

Their son Matthew Scalia is a Lieutenant Colonel at the  1st Battalion, 46th Infantry Regiment Maneuver Training Center, Paul Scalia was born Dec. 26, 1970 in Charlottesville, Va. On Oct. 5, 1995 he was ordained a Deacon at St. Peter’s Basilica, Vatican City-State, he is a Bishop’s Delegate for Clergy for the Diocese of Alexandria. 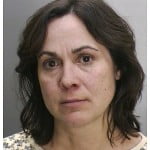 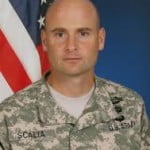 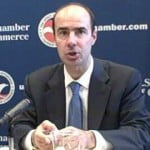 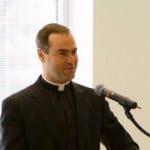 Our thoughts and prayers go out to Antonin Scalia’s family during this time of sorrow.