Erin Gaetz is the younger sister of lawyer and politician -Matt Gaetz -who currently serves as representative of Florida.

Erin’s brother seems to be going after House Speaker Nancy Pelosi and announced he will filed an ethics complaint against her for destroying President Trump’s State of the Union speech Tuesday night.
Gaetz has represented Florida’s 1st district since 2017. He previously served in Florida’s House of Representatives between 2010 and 2016.

Erin and her brother are both children of longtime Florida Republican lawmaker Don Gaetz and Vicky Gaetz. Both siblings come from a line of politicians, their grandfather was a mayor and served as a state senator in North Dakota.

While her Republican brother makes some noise at Congress, Erin Gaetz is a Republican operative who worked on former Florida Governor Jeb Bush’s 2016 presidential campaign.

34-year-old Erin Gaetz grew up in Fort Walton Beach in Florida, her mother Vicky Gaetz suffered complications so severe while pregnant with her that was even advised to terminate. Her mom refused and gave birth to Erin -however carrying the pregnancy to term cost her her mobility. Vicky Gaetz has been in a wheelchair since. 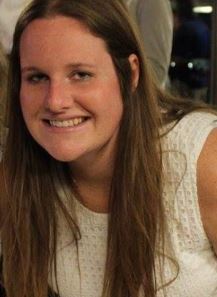 According to her LinkedIn, Erin Gaetz holds a Bachelor of Arts from University of Virginia, graduating in 2007.
In 2016, Erin launched her own digital content firm, Southpaw -the firm specializes in producing faster, more engaging and less expensive social media and digital content.
AAlso in 2016, she worked as the director of digital content for Jeb Bush’s 2016 presidential campaign. Erin has worked for her brother’s campaign as well as Republican Florida Reps. Neal Dunn and Daniel Webster.

She had previously served as an Editorial Producer for MLB, and was also an Associate producer at MSNBC. Early in her career she also was a Producer for Fox Business Network / “Money With Melissa Francis”

Find the lovely and talented Erin Gaetz on Twitter here.