Maria’s husband was born Sergey Viktorovich Lavrov on 21 March 1950. Sergei a Russian diplomat, is known for being the Permanent Representative of Russia to the United Nations.

He was raised in Moscow by an Armenian father and a Russian mother. Lavrov graduated from high school with a silver medal. He later entered the Moscow State Institute of International Relations (MGIMO) and graduated in 1972.

Following his graduation from college he worked at the Soviet Embassy in Sri Lanka until 1976. He then moved on to the Department of International Economic Organizations of the Ministry of Foreign Affairs, post he held until 1981.

All through the 80’s he served as First Secretary, Adviser, Senior Adviser to the Soviet mission to the UN. From 1988 until 1990 he was named Deputy Head of the Department of International Economic Relations at the Ministry of Foreign Affairs.

For two years until 1992, he was Head of the Department of International Organizations at the Ministry of Foreign Affairs.

The former Deputy Minister of Foreign Affairs was named Permanent Representative of the Russian Federation to the UN in 1994. He served in that position for a decade until 2004.

Also in 2004 he was appointed Minister of Foreign Affairs. He was re-elected in 2012.

He is fluent Russian, English, French, Sinhala, and Dhivehi 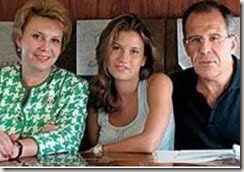 PinNot many details are known about Maria Lavrova. She and her husband are the proud parents of one child, daughter Ekaterina.

The couple’s gorgeous daughter attended school in Manhattan and graduated from Columbia University, she lived in New York until 2014.

According to online info, Maria Lavrova’s daughter Ekaterina lived for a long time between the U.S. and the U.K. and as a result can not speak Russian fluently.

Maria Lavrova gave birth to her daughter in New York, where her father worked in the Soviet permanent representation at the UN. However, after the appointment of the Minister of Foreign Affairs in 2004, Lavrov and his wife returned to Russia, and Ekaterina also known as Catherine Lavrov, remained to attend University.

According to online info, Ekaterina is a married woman. Following her graduation she went to London for an internship. While in London, she met the son of pharmaceutical tycoon, a graduate of Cambridge, Alexander Vinokourov. Ekaterina and Alexander eventually married.

Maria Lavrova and her husband are proud grandparents to her daughter’s children.