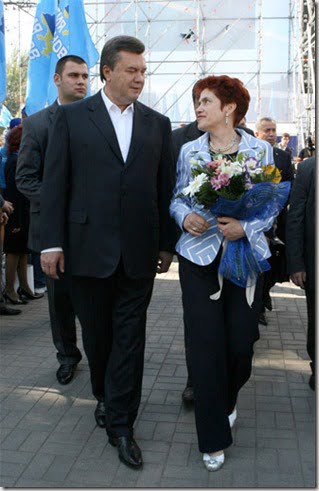 Lyudmyla married her statesman and politician back in November 1971. She met the future president some 40 years ago, at a metallurgical plant, when a brick fell on Lyudmila’s leg and gasman Yanukovych rushed to help her. They were married three years later. Below we can see a vintage image of Viktor and Lyudmila Yanukovych with their son Alexander in 1985. 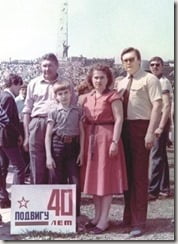 She is mother to the couple’s two children, sons; , Oleksandr born in 1973 and Viktor born in 1981.Viktor followed the footsteps of his father becoming a politician and current  member of the Parliament of Ukraine. 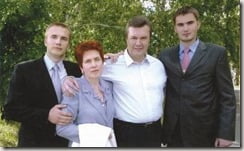 Her youngest son, graduated with honors from Donetsk State University of Management, Faculty of Law and Social Policy, obtained a Master’s degree in Law and is married to Olga Stanislavovna. While first born, Oleksandr is a dentist and businessman, leader of group known as “the family” and a conglomerate called Management Assets Company, making him one of the richest men in the country. 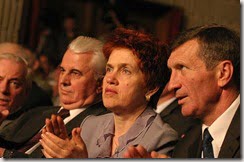 The housewife, has hardly had any involvement in politics, in 2004 she campaigned for her husband presidential race but has kept a low profile since then.  The short-haired Ms. Yanukovych spends most of her time in Donetsk and is engaged in charitable activities and rarely appears in public but she is very supportive of her husband’s career, attending some events where she is seen accompanying her husband. Lyudmila’s likes to keep her look/attire very simple expressing her desire to stay unnoticed.

The is a dedicated grandmother to Iliya, who is the son of Viktor and Olga Stanislavovna; even looks somewhat uncomfortable in public in contrast with her very active husband, however the “people’s first lady” has submissively kept her duties, standing by his side during his prime-minister days and since 2010 when he became president. Would she remain the same while her country is on the brink of a civil war, following the death of over 100 people during the bloody clashes in Kiev? 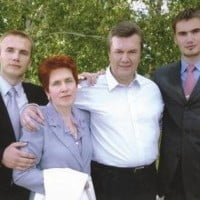 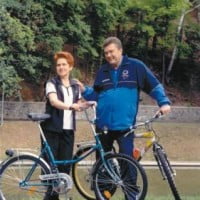 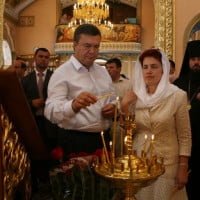 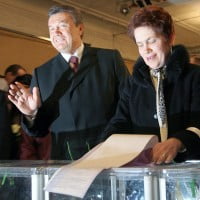 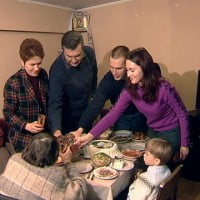 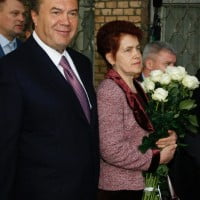 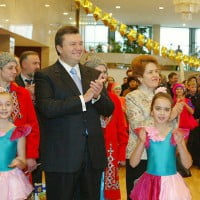