Kathy Gohmert is the lovely wife of politician and former judge, Louis Buller Gohmert Jr.; who currently serves as the U.S. Representative from Texas’ 1st congressional district since 2005.

Kathy’s Republican congressman husband is said to be holding back an urgent coronavirus relief package for at least another week!
GOP Rep. Louie Gohmert of Texas, received his undergraduate degree from Texas A&M University. He later graduated from Baylor School of Law. He is also a veteran having served his country as a Captain in the U.S. Army.

Prior to being elected to serve in Congress, Louie was elected to three terms as District Judge in Smith County, Texas. He was later appointed by Texas Governor Rick Perry to complete a term as Chief Justice of the 12th Court of Appeals.
Gohmert serves on numerous House committees and subcommittees. He was recently named Vice Chair of the Judiciary subcommittee on Crime, Terrorism and Homeland Security due to his extensive knowledge stemming from years in the court room. 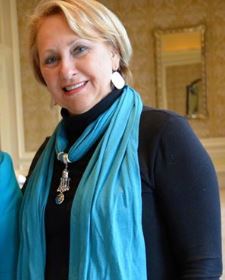 He and longtime wife, Kathy Gohmert are the proud parents of three adult daughters; Katy, Caroline and Sarah. They have been married since 1978.
The family attends Green Acres Baptist Church in Tyler, where Louie has served as a deacon and Sunday school teacher for many years.