Perry’s husband was first elected to Congress in 2014, and is currently serving his third term in the US House of Representatives.
Ken recently made headlines following a controversial tweet and video where he’s seen holding a AR-15 and dares Joe Biden and Beto O’Rourke to take it from his office.

Born Kenneth Robert Buck on February 16, 1959; the New Yorker attended Princeton University for his B.A. and earned his J.D. degree from the University of Wyoming College of Law.
After law school, Ken worked for Congressman **** Cheney on the Iran-Contra Investigation and then became a prosecutor with the U.S. Department of Justice. In 1990 Ken joined the Colorado U.S. Attorney’s Office where he became the Chief of the Criminal Division.
In 2002 Ken joined Hensel Phelps Construction Co. in Greeley as a business executive. Then in 2004, Ken Buck was elected Weld County District Attorney three times. 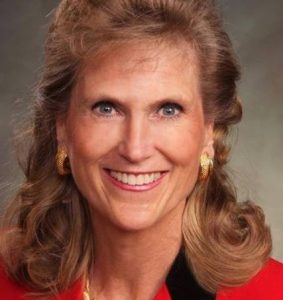 As for his personal life, Ken has been married twice. From his first marriage he fathered two children, Cody and Kaitlin.
That would make wife number two, Perry Buck -also a politician who has been married to Ken since 1996 -a stepmother to his children. Ken’s son Cody graduated from West Point and is a US Army Officer. He is currently an Operations Analyst at Aimco Apartment Homes.
Ken’s daughter Kaitlin is a business executive in Colorado after graduating from Clemson University.

Like her husband, Perry Buck sought and earned her own political career, winning election to Colorado House District 49, a seat she has now won re-election to three times.
Perry Buck who is originally from Greeley, Colorado went to Greeley West High School and later attended Pepperdine University where she earned a Bachelor of Arts degree in English.

According to her social media, she currently serves as the CEO & President at Northern Colorado Event Planning.

Perry Buck is said to have filed for divorce from her husband in 2018.