Kayla Moore is the longtime wife of GOP Senate nominee and former Alabama judge, Roy Moore. Her 70-year-old husband is known for being twice elected to the Alabama Supreme Court, and for being twice removed from it.

Most recently, Kayla’s husband has been accused of having initiated sexual contact with a 14-year-old girl when he was in his 30s. Reports say he also pursued three other women in their teens while serving as an assistant district attorney in Alabama beginning in the 1970s.

Roy Stewart Moore was born February 11, 1947. According to his Chief Justice biography, he “graduated from Etowah High School in Attalla, Alabama, in 1965, and from the U.S. Military Academy at West Point in 1969. He served in the U.S. Army as a company commander with the Military Police Corps in Vietnam. Chief Justice Moore completed his Juris Doctor degree from the University of Alabama School of Law in 1977.” 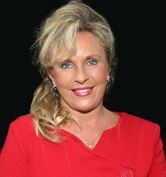 In 2003, Chief Justice Moore was removed from his position by a judicial panel for refusing to remove a Ten Commandments monument that he installed in the rotunda of the Alabama Judicial Building. 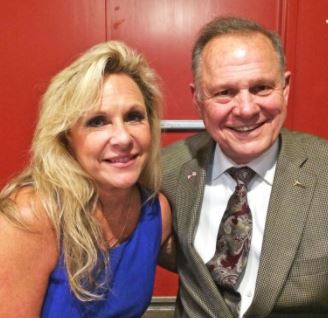 He and his wife, Kayla Moore are the proud parents of four children and are also the grandparents of five grandchildren. She is the proud mom to sons Caleb and Micah and daughters Ory and Heather.

Kayla Kisor married Roy Moore in the late 80’s. If guilty, it would mean her husband had sexual contact with a teenager and pursued three other women in their teens, before her and Kayla became husband and wife. The couple tied the knot in 1985.

Kayla served as the president of the Foundation for Moral Law –a nonprofit Christian legal organization founded by her husband in 2002. According to its website, she is a graduate of Southside High School in Etowah County, Alabama. She took classes at Jacksonville State University and the University of Alabama and was a bookkeeper for her father’s small businesses.

Kayla Moore also founded her own small business, KDM Marketing Company, and worked on his political campaigns. She also competed in Miss Alabama USA and Miss Alabama World pageants as a teen.

As an interesting facts, Mrs. Moore was awarded more than $270,000 in damages following a jury trial. She was injured when she was hit by a car in 1999 while walking to her car in the Colonial Mall-Gadsden parking lot.

The wife and mom of four is a member along with her family of First Baptist Church in Gallant, Alabama.