Julie Clarke is the lovely and very white spouse of Milwaukee County Sheriff David A. Clarke Jr. Her 59-year-old husband has been making headlines for the last couple of days, following his heated exchange with CNN’s Don Lemon.

Clarke who is currently serving his fourth full term spoke at the RNC and received a standing ovation after he told the delegates: ‘blue lives matter’ and went on to celebrate the acquittal of Lt. Brian Rice who was the latest officer to be charged over the death of Freddie Grey, who died in police custody in Baltimore.

Julie’s husband is a known for his outspoken comments on guns, Black Lives Matter, and revolution, as well as the cowboy hat he is often seen wearing while at public appearances.

Clarke, the son of a Korean War vet. He was born and raised in the City of Milwaukee, he grew up playing on the championship varsity basketball team at Marquette University High School. He holds a degree in Criminal Justice Management from Concordia University Wisconsin, graduating summa *** laude. He is also a graduated from the prestigious FBI National Academy and the National Executive Institute in Quantico, Virginia.

Over the past four decades, his career in law enforcement has spanned multiple assignments. His career began with the Milwaukee Police Department in 1978, where he helped protect the city for 11 years as a patrol officer on the streets. He was promoted to Detective in 1989 and was assigned to the Homicide Division, investigating close to 100 homicides a year as part of a team and making arrests in over 80% of cases.

In 1992, he earn a promotion to Lieutenant of Detectives, and in 1996, when he was named to the rank of Captain of Police, with assignments as Commander of the Crimes Against Property Division, the departments First District (downtown), and the Intelligence Division. In 2002, he won his first election as Sheriff with a margin of 64%. 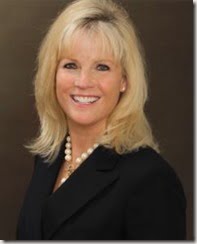 Julie Clarke was born Julie Campshure. The pretty blonde in a realtor. Accoridng to her LinkedIn, she attended Ashwaubenon High School and the University of Wisconsin-Milwaukee.

According to Wisconsin Journal Sentinel,  Julie Clarke followed the realty path after her sister –who was a real estate agent in her hometown of Green Bay. Julie earned her license in 1997.

She holds a number of certifications and for her work in the real state industry she was the 2008 and 2011 Milwaukee Magazine Real Estate Agent Five Star Best in Client Satisfaction.

She has been a Real Estate Sales Executive and Home Ownership Consultant at Realty Executives Integrity for nearly 20-years.