Naomi Biden would have been 49-years-old this year, the year her father might finally become president.

Naomi who went by the nickname ‘Amy’ was born Naomi Christina Biden November 8, 1971 in Delaware. She was only 13-months-old when she died in 1972; following a fatal car accident which also took her mother’s life. 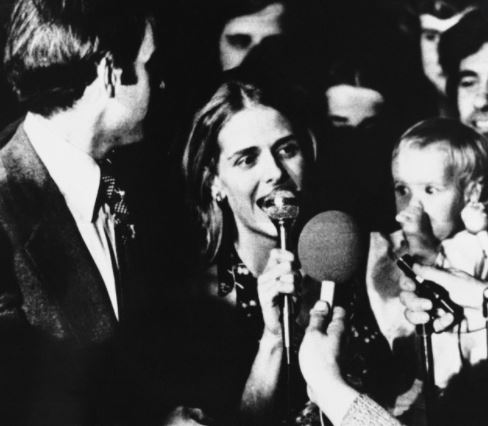 To tell you about Naomi’s short life, we first have to tell you about her parents.
Joseph Robinette Biden Jr. and Neilia Hunter met in 1964 during a spring break trip to the Bahamas; at the time she was a student at Syracuse University.

The two became husband and wife in 1966 and moved to Wilmington, Delaware. While her husband’s career as an emerging politician strided, Neilia worked as an educator in the Syracuse City School District.

She and Joe were married for six years prior to her tragic death. During those six years they welcomed three children together; sons, Joseph Robinette “Beau” Biden III born in 1969 and Robert Hunter Biden, born in 1970. Last but not least, their third child and only daughter Naomi, was born on November 8, 1971.
By 1972, Joe Biden was Senator-elect, and shortly after on December 18, 1972; his wife Neilia and their three children were driving in search of a Christmas tree when she pulled into traffic and her car was hit by a truck. According to reports, the impact sent the station wagon hurling some 150 feet into an embankment.
Sadly, Neilia Hunter Biden Park and daughter Naomi died while her two sons were taken to the hospital with serious injuries. Doctors later said they both boys would make a full recovery.

Both Biden boys went onto have successful careers, Beau Biden became Attorney General of Delaware after serving in Iraq. He died after battling brain caner in 2015. He is survived by his two children, Natalie and Hunter.

Robert Hunter Biden is a former businessman and the father of five children, daughters Naomi (who was named after her late aunt Naomi Christina Biden), Finnegan, and Maisy from his first marriage to Kathleen Buhle. He is also the father of a Lunden Alexis Roberts born in Arkansas in 2018. He and second wife, Melissa Cohen welcomed a son this March in California.

Right after the massive tragedy of loosing his first wife and three month old daughter Naomi Biden, Joe Biden though about leaving his bright career as one of the youngest U.S. senators, but he was convinced not to. He was sworn at the hospitals where his sons were in recovery.

That’s how a few years later he met and eventually married second and current wife, Jill Tracy Jacobs now Jill Biden-a former school teacher.
Jill Biden, earned her Doctorate in Education from the University of Delaware in January of 2007. She also has two Master’s Degrees.
The former second lady taught English at a community college in Delaware, at a public high school and at a psychiatric hospital for adolescents.

Their love and marriage has spawned for over four decades, they have been married for 43 years to be exact following their 1977 nuptials and have since become an example of an admirable marriage in the public eye. 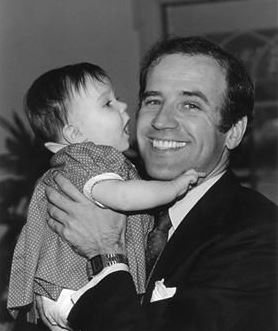 Jill gave birth to the couple’s only child, daughter Ashley Blazer Biden (pictured above) in 1981. With the birth of Ashley one could say, Joe was given the opportunity he missed with Naomi.

Ashely attended Tulane University and received a Master’s of Social Work from the University of Pennsylvania.
She went onto become a a social worker who served at the Delaware Department of Services for Children, Youth, and Their Families; where she develops programs for children in the juvenile-justice, foster-care and mental-health systems.

She has been married to plastic surgeon Howard Klein-who is 15-years her senior. The two have been married since 2012. They were introduced by Ashley’s late half-brother, Beau Biden.