Ian O. Cameron is the TV producer husband of diplomat and policy expert, Susan Rice -who has been nominated by President-elect Joe Biden to lead the Domestic Policy Council. 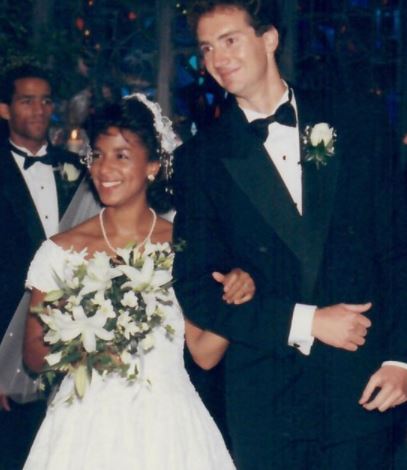 Ian’s wife is a longtime Democratic foreign policy official, she became one of President Obama’s closest aides. She was born Susan Elizabeth Rice on November 17, 1964.

She is often described as an exception to the Washington rules of backhanded compliments and passive aggression. She’s known for speaking with candor and preferring to confront people directly, not behind their backs.

Susan, a D.C. native excelled in her schooling and academic work. She received her B.A. in History with honors from Stanford University in 1986, where she was awarded junior Phi Beta Kappa and was a Truman Scholar.
In addition she earned her Philosophy Master and Doctor Philosophy from Oxford University.

She began her career working as an international management consultant at McKinsey & Company in Toronto, Ontario, Canada.

Next she took a job with the National Security Council in Washington, D.C., under President Clinton.

Before she joined President Obama’s Cabinet, she worked at the Brookings Institution. In 2009 she received Senate confirmation to be U.N. ambassador.

In her role as UN ambassador, Ms. Rice has been credited with representing US interests in negotiations over sanctions against Iran; although some critics say the eventual agreement was not as tough as the US might have liked.

In 2013, she was appointed national security adviser by Obama.

Susan has certainly faced controversial situations in her posts. In 2013 she was at the center of Republican criticism over the Obama administration’s response to a deadly attack on a US consulate in Libya.

She was also at the center in the controversy over Russian meddling in the 2016 election.

Tough times or not, she’s always been able to count with the support of her husband of over two decades. When she first got the job as a national security adviser for President Barack Obama, she credited the support she received from Ian O. Cameron as instrumental, she said

Ian O. Cameron and Susan Rice met while attending Stanford University in Palo Alto, California. They tied the knot on September 12, 1992. The couple lived in Canada until 1993.

Ian Officer Cameron, aka, Ian O. Cameron, is the son of Mr. and Mrs. Newton D. Cameron of Victoria, British Columbia. He was born in Canada, and came to the United States when he was a student at Stanford University.

He graduated from Stanford, and received a master’s in international relations from the London School of Economics and Political Science.

At the time of their nuptials, Ian O. Cameron was working as a television producer in Toronto for the Canadian Broadcasting Corporation.

Ian O. Cameron has worked as a producer for ABC News for over a decade. According to his LinkedIn, he served as an ‘executive producer’ for ABC news from 2008-2011.

He first arrived to ABC News in 1998 producing shows such as ‘This Week with Christiane Amanpour.’ He also served as senior Washington producer for ‘ABC World News with Charles Gibson.’
According to Cameron’s IMDB page, he has worked on several television shows for ABC, including World News Tonight with David Muir and This Week. He also appeared in a 60 Minutes episode with his wife, Susan Rice.

Susan Rice husband was named executive producer of ‘This Week’ in 2008.

Ian O. Cameron’s father used to own the Victoria Plywood Company, a lumber company which is based in British Columbia, Canada; according to the couple’s wedding announcement.

Newton attended Victoria College and Stanford University, where he graduated in 1937. He returned to Victoria and worked in the family business, Cameron Lumber Company. During World War II Newton enlisted in the US Army and served in Europe.
In 1950 he started his own business, Victoria Plywood, an independently owned plywood plant located in View Royal, employing 250. Newton sold the company upon his retirement in 1980.

Ian O. Cameron’s mother, Marjorie Cameron passed away on May 26th, 2008. She and her husband Newton, were married for 58 years. Together they raised four children; daughter, Laura and sons, Donnell, Brian and Ian. 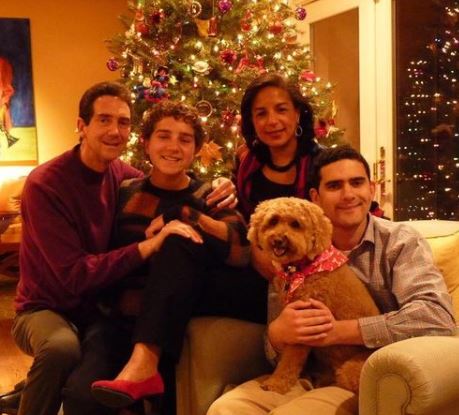 Susan and her husband Ian O. Cameron are the proud parents of two children: daughter Maris; and son, John Davis who also goes by Jake.

The family of four have been long time Washington residents now and have lived there since the early 90’s.

John who studied economics at Stanford, bills himself a “combative conservative.”
He makes clear he’s a fan of Rush Limbaugh and was the president of the Stanford College Republicans.
Rice-Cameron is not just a conservative but the head of the Stanford College Republicans and a proud supporter of President Trump. His ambition during his time at the prestigious University was to “Make Stanford Great Again.”

According to his LinkedIn, he is an Intern at Albright Capital Management. He was previously an intern at Good Harbor Security Risk Management, Paladin Capital Group and Office of Management and Budget. 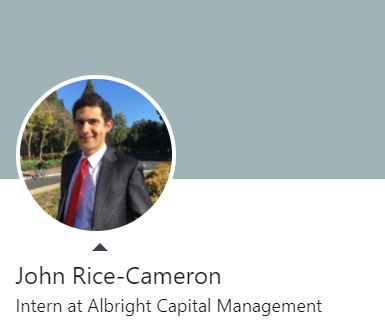 In a way, John David Rice-Cameron followed into the footsteps of his parents, gaining the same quality education they did. But it is safe to say, his worldview is vastly different.

In the past, he called Mark Levin, the right-wing radio personality, an ‘inspiration.’ He also called for the resignation of a comparative literature professor, David Palumbo-Liu, whom he claims has ties to Antifa.
The Trump-loving Republican, made headlines in 2018 when he accused a fellow Stanford student of assault and was then described as a victim of the intolerant left.

At the time, he accused Melinda Hernandez a sophomore who became involved in a disagreement with Rice-Cameron. He accused her of shoving him in the chest with her hand, while Hernandez said she had merely touched his chest when he refused to stop filming her without her consent.

Maris Rice-Cameron is the second child and only daughter of Susan Rice and Ian O. Cameron.

She has led more of a private profile than the one of her brother’s. She is currently in her late teens and is set to graduate in 2021 from Maret High School -where she plays varsity soccer.

Maris Rice-Cameron is said to have experienced stress-induced hallucinations after seeing her mother constantly vilified. This was revealed on Susan’s memoir Tough Love: My Story of the Things Worth Fighting For.

The incident took place following the 2012 Benghazi attack -which had a detrimental impact on Susan’s personal life.

Susan was born to parents Emmett J. Rice and Lois Dickson Rice. Her maternal grandparents were immigrants from Jamaica.

Susan’s parents divorced when she was ten, however, she grew up close to both of them. Speaking about the death of her father she said

“My father was passionate about economic opportunity and development, not only in the United States but internationally”

Her father Emmett, was born in 1919 and died in 2011, aged 91. He was a University of California, Berkeley and Cornell University economics professor; and former governor of the Federal Reserve System, appointed by President Jimmy Carter.
In addition, Emmett served as a World Bank executive and adviser on economic development who is credited with helping Nigeria set up its banking system in the 1960s. 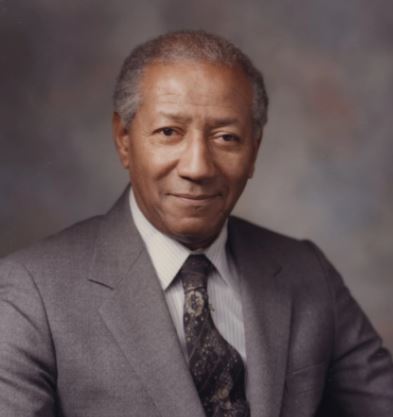 Ian O. Cameron’s father in-law, Emmett John Rice was born in Florence, S.C., on Dec. 21, 1919, the youngest of four children of Ulysses and Sue Pearl Rice.
He received his bachelor’s and master’s degrees from City College, then was drafted into the Army Air Forces. According to his NY Times eulogy, besides his daughter, Rice is survived by a son, E. John Rice Jr.

Lois Dickson Rice, was an education policy researcher and guest scholar at the Brookings Institution. She is credited with helping design the federal Pell Grant subsidy system. She died in 2017, at the age of 83.
In the business world, Lois rose as a corporate executive serving as a director on several major company boards, including those of Firestone, McGraw-Hill and the Control Data Corporation.

Lois Anne Dickson was born on Feb. 28, 1933, in Portland, Me., the daughter of David Augustus Dickson and the former Mary Daly. She attended Radcliffe College, where she majored in history and literature, graduating in 1954.