Honey Alexander is the lovely and longtime wife of veteran politician, Lamar Alexander -who currently serves as Senator from Tennessee.

Honey’s husband is a Republican senator who has held his post since 2003 and from which he plans to retire at the end of 2020. The Republican Party member, was also the 45th governor of Tennessee from 1979 to 1987 and the 5th United States Secretary of Education from 1991 to 1993.
Lamar Alexanader attended Vanderbilt University and obtained his JD from Law School: New York University. 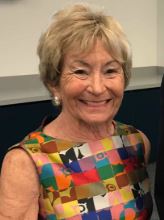 He and wife Honey have been married for over five decades.

Honey Alexander was born Leslee Buhler and is widely known by her nickname, Honey. Mrs. Alexander is a Texas native who attended Smith College in Massachusetts.

She met her future husband at a softball game, at the time they were both Senate staff members. At the time she was working for Texas Senator John Tower, and he was working for Tennessee Senator Howard H. Baker, Jr.
They celebrated their nuptials in 1969. Since becoming a wife, Honey Alexander and her husband welcomed and raised four children; Drew, Leslee, Kathryn, and Will.

The Honey Alexander Center is Nashville’s Family and Children’s Services -which recognizes her work for that institution and for her leadership of Tennessee’s Healthy Children Initiative during the 1980’s.
Honey and her husband are also proud grandparents to at least 9 grandchildren.
They live outside Maryville.