Deborah Bryant is the wife of Phil Bryant, the 63rd governor of Mississippi, who has been serving since 2012. Gov. Bryant joined NC Gov. McCrory and Georgia Gov. Nathan Deal who also signed anti- LGBT bill into Law. Read more about that and find out a thing or two about Gov. Bryant’s Wife Deborah Bryant. 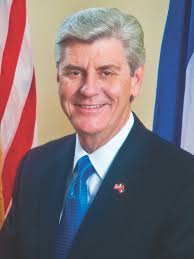 Deborah Bryant’s husband Dewey Phillip “Phil” Bryant on December 9, 1954 in Moorhead, Mississippi one of three children born to Estelle R. Bryant and Dewey C., a diesel mechanic.Gov. Bryant attended Hinds Community College and the University of Southern mississippi where he got his undergraduate degree; he also holds a master’s degree at Mississippi College.

Before he started his five-year term as a member of the House of Representatives he spend some time teaching Mississippi Political history at his alma mater.

He was elected Lieutenant Governor of Mississippi in 2007 and won the Republican primary in the gubernatorial election four years later. Gov. Bryant was sworn in as the 63rd Governor of Mississippi on January 10, 2012; he competed against Democratic nominee, truck driver Robert Gray for a second term which he won with over 66% on November 5th, 2015.

During his second term, Gov. Bryant refused to support legislation to change the Flag of the State of Mississippi to remove the Confederate battle emblem issuing issued a proclamation declaring April, Confederate Heritage Month in February, 2016; the following month he endorsed Ted Cruz, on April 5, he signed House Bill 1523. HB-1523 allows government employees and private businesses cite religious beliefs to deny services to same-*** couples who want to marry.

Gov. Bryant and Deborah Bryant both members of St. Mark’s United Methodist Church have been married since 1976, together they had two children Katherine “Katie “,31, and Patrick Hays Bryant, 27, who lives in Austin, Katie now married to Stephen and proud mommy of Henry reside in Madison, MS. 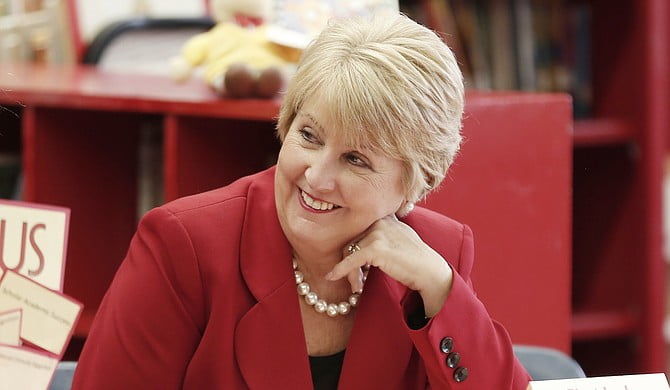 61-year-old First Lady Deborah Bryant worked almost 40 years at t. Dominic Hospital in Jackson, she has continue her labor of love towards children, participating in several campaigns to raise awareness for childhood diseases and is an ambassador for Batson Children’s Hospital in Jackson, she also is involved in her husband’s Teen Pregnancy Task Force.