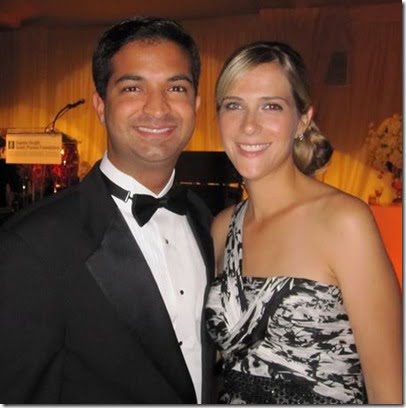 Meet Cecilia Curbelo, the wife of Republican candidate for the United States House of Representatives in the 2014 elections, Carlos Curbelo. Her hubby who is running for the 26th congressional district, which spans Westchester to Key West, triumphed in the Republican primary, over Ed MacDougall, Joe Martinez, Lorenzo Palomares Starbuck and former U.S. Rep. David Rivera. Incumbent Joe Garcia from the democratic party and Curbelo will face off in the general election on November 4.

Her hubby is the founder of government and public relations firm Capitol Gains in 2002, five years later advised  by U.S. Senate attorneys he put Capitol Gains under the sole ownership of his wife. Cecilia stopped working at the firm after the birth of the couple’s first daughter in 2009. The following year he reverted the firm’s ownership into his name. Later in 2010 he was elected to the Miami-Dade County School Board. It’s been public knowledge he Cecilia was used as a front and that she barely worked there.

Her husband then said it was to cut business ties while he worked in the Senate but other believe to avoid financial reporting requirements that may not be convenient for an elected, especially one with higher political aspirations. 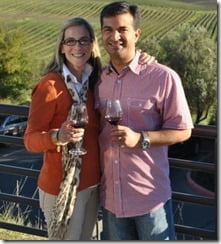 Born  Cecilia Lowell, she is originally from Coral Gables, Florida. She and her husband walked down the isle in 2006.

Cecilia and her family reside in Kendall, where her hubby has lived since 1995. The couple’s first child, Sylvie Marie, was born In October of 2009, and their second Carolina, in May of 2012. 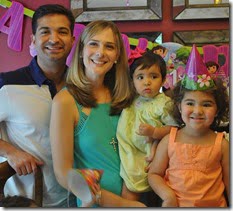 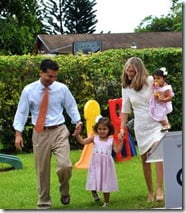 Cecilia’s hubby has caught even more media attention because of his constant denial to disclose a list of his clients. According to a MiamiHerald online report his firm used to represent Ecuadorian fugitives, Roberto and William Isaías. 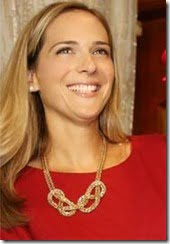 Cecilia is one of three children, she has two brothers, Carlos and Mike Lowell. Yup MLB former player Mike Lowell. Her father, Carl, was a Cuban of German descent who moved to Puerto Rico as a boy when Castro took over in 1960. He played for the Puerto Rican national baseball team and was a member of the club that once beat Cuba in the Pan Am Games. Carl later became a dentist. Her mother’s name is Beatrize. The Lowells eventually relocated to Miami.

According to her brother Mike Lowell’s bio; while still as young children, Cecilia was involved in accident that left her almost blind. The family was devastated, but she learned to live with her disability. It was 1992 and she was 10-years-old when she and her cousins were playing with debrief from Hurricane Andrew and it hit her in the eye, she developed an infection that ate away her retina. She would never regain her full vision.

Her brother Mike was a great support for Cecilia and years later she would do the same for him, when her big brother was diagnosed with cancer.