Alfredo Carrasquillo is the husband of Puerto Rico’s mayor, Carmen Yulin Cruz. His wife has been in the political post since 2013.

Carmen Yulín Cruz Soto was born in February 25th, 1963. She is a former student athlete who established track and field records at High School. She also was president of the Student Council and represented her school at the Presidential Room for American Youth.

Like many native Puerto Ricans, Carmen left the island to pursue opportunities on the mainland, earning a bachelor’s in political science at Boston University and a master’s in public management and policy at Carnegie Mellon.

She stayed on the mainland for many years, according to her official biography, and worked her way up to the position of human resources director at several companies, including Scotiabank and the U.S. Treasury Department.

In 1992, after 12 years living in the United States, came back to Puerto Rico to venture into politics, starting as advisor for the San Juan City Major and for the President of the Puerto Rico House of Representatives. Yulin Cruz is a former member of the Political Education Institute of the Popular Democratic Party, she’s also served as National President of the PPD Women organization. In 2005 she became a member of the San Juan Reorganization Commission; three years later she was elected Representative and in 2012 she was became Mayor of San Juan City.

Carmen Yulin Cruz and her husband, Alfredo Carrasquillo reside in the command center in the Roberto Clemente Coliseum. 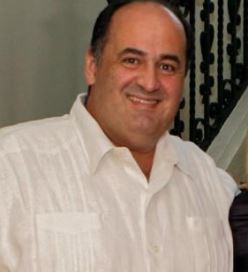 Her husband is a phycologist by profession. Alfredo Carrasquillo and Yulin Cruz were married on September 25, 2010, following a brief relationship. They were divorced the year after, but remarried in 2013.

The couple are the proud parents of one daughter, Marina Yulín Paul Cruz. 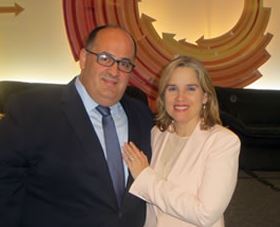 According to a bio, Alfredo Carrasquillo is a native of Caguas, Puerto Rico. He is described as a psychoanalyst, an organizational development consultant and also works as a postgraduate professor at the University of the Sacred Heart.

He is a well-known executive leadership coach and organizational development consultant.

Co-author of Active Citizenship: Dialogues on citizen initiatives for democratic strengthening in the Americas (UT Bolívar, 2009); Between Crime and Punishment: Citizen Security and Democratic Control in Latin America and the Caribbean (New Society, 2003); Social capital (Tal Cual, 2002); Ethics and rhetoric in political communication (Tal Cual, 2001); and Journalism and Democracy (Tal Cual, 2000), completes the edition of a book of conversations with William Miranda Marín titled “To win to the time.”

He was previously married and from his first nuptials he became the father of Lucía Carrasquillo Durán.

Find out more about Yulin Cruz’s husband clicking below