Brendan Cox is the husband of Labour Party politician and Parliament member, Jo Cox. Recent reports indicate the tragic death of his wife in an attack in West Yorkshire today.

Police confirmed, 41-year-old Jo Cox Labour MP for Batley and Spen, was left bleeding on the ground by her attacker, she was shot and stabbed, reports say. The wife and mother of two, was shot three times and stabbed in Birstall outside of her Batley & Spen constituency.

Cox was elected last year, she is described as a rising star. Jo grew up in Batley and Spen, attended Heckmondwike Grammar School and holds a degree from  Cambridge University.

Jo’s career has involved working all over the world for charities fighting to tackle poverty, suffering and discrimination. She has worked with Oxfam, Save the Children and the NSPCC both here in the UK and in some of the world’s poorest and most war-torn regions.

Jo Cox was national chair of Labour Women’s Network and a senior advisor to the anti-slavery charity, the Freedom Fund.

According to her Labour profile, Jo focused heavily on fighting for our public services, particularly against the decision to downgrade Dewsbury and District Hospital. 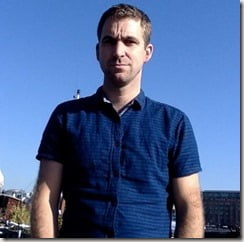 Jo Cox became a prominent Labour MP since she was elected in May 2015. On her Twitter page she describes herself as “mum, proud Yorkshire lass, boat dweller, mountain climber and former aid worker.

Jo Cox is survived by her husband and two children. She lived with husband Brendan Cox and two small children ages, three and five, on a converted barge moored near Tower Bridge.

Brendan Cox and his wife are known to be avid boat dwellers – the couple split their time between London and West Yorkshire.

Brendan Cox describes himself on Twitter as “Campaigner, activist, boat dweller and dad.” He shared a photo of his wife while she was still in the hospital fighting for her life.

Cox, an international campaigner and activist, began his career in the aftermath of the civil war in the former Yugoslavia working with children affected by the conflict and has a long standing interest in refugee policy. In 2011 he was appointed a Young Global Leader by the World Economic Forum and in 2012 was selected as one of the top forty young leaders in international development by Devex.

Brendan Cox runs his own blog. He recently played a major role in civil society campaigning for the Sustainable Development Goals as the Director of the Policy and Advocacy at Save the Children. Prior to this he ran a global research project and published a series of reports analyzing global development campaigns and looking at future trends and opportunities.

Mr. Cox previously served as Special Advisor for Africa and International Development to the Prime Minister of the United Kingdom. Before that, he was Chief Executive of Crisis Action.

West Yorkshire Police have arrested a 52-year-old man, named locally as Tommy Mair in connection to his wife’s death.