Martin Halpern is the longtime husband of acing New York Attorney General, Barbara Underwood. His wife who is replacing Eric Schneiderman –makes history as the first woman to hold the post.

Martin’s wife previously served as the state’s solicitor general for more than a decade. Born Barbara Dale Underwood on August 16, 1944; as the daughter of Dr. and Mrs. Robert Underwood –she graduated magna *** laude from Radcliffe College and received a law degree from the Georgetown University Law Center.

Early in her career she was a law clerk to Justice Thurgood Marshall of the United States Supreme Court and to Chief Judge David L. Bazelon of the United States Court of Appeals for the District of Columbia circuit. In the mid 80’s she served as counsel to District Attorney Elizabeth Holtzman of Brooklyn, chief of appeals for her office. Barbara is also a former adjunct professor of law for both Yale Law School and at Brooklyn Law School.

Prior to her 2007 appointment as Solicitor General, Underwood she served as Counsel and as Chief Assistant to the United States Attorney for the Eastern District of New York.

Barbara has been married for over 30-years to Martin Halpern.

The couple tied the knot in 1985 at the Music Barge at the Fulton Ferry Landing in Brooklyn –according to a NY Times announcement. It was the second marriage for both Underwood and Halpern.

Halpern was first married to Nancy Homer Halpern, with whom he fathered two children: son Andrew, born in 1960; and a daughter Jessica, born in 1966.

From his second marriage to Barbara Underwood, he is the father of one son, Robert, born in 1986.

Martin Halpern is a published poet and a widely produced playwright; a librettist and an award winning composer; he worked as a professor of theater arts at Brandeis University.

According to his website, there have been more than eighty performances of his vocal and chamber works and fifteen productions of his chamber operas in the New York area.  For all these operas he composed the libretto as well as the music.  He is also the recipient of eleven Meet the Composer grants and ten ASCAP-Plus awards. 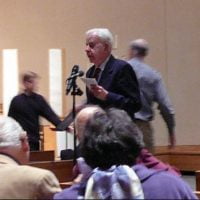 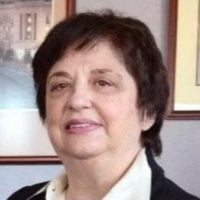 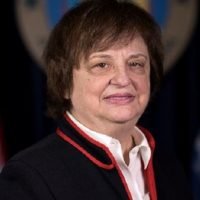 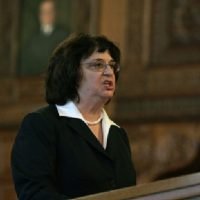 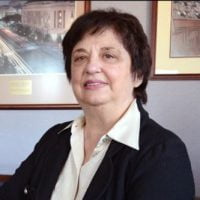 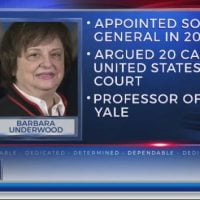 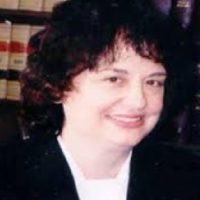