Allison Donahue has been identified as the young female reporter who was humiliated by Michigan State Sen. Peter Lucido.

Allison is currently making headlines after being the subject of a comment made by the Michigan senator. Lucido who is said to be thinking about running for governor in 2022 -allegedly told Donahue she should stick around at the Capitol because a group of high school students from an all-boys school touring the building could “have a lot of fun” with her.

Lucido, who moments later was confronted by Donahue who in turn felt ‘small’ by his comment-has been a state senator since 2019, and served two terms in the House of Representatives from 2015 to 2018. Prior to his career in politics, Lucido founded a Macomb County-based law firm and Macomb Now Magazine.

The 59-year-old senator ha said his comments were blown out of proportion and believes he does not owe her an apology. Instead he allged to Donahue that he didn’t mean anything sexual about it and explained to her that De La Salle it’s an all male school and went on about being hard for boys to socialize with girls while in high school.
In her article, Allison implied she was a vicitm of sexual assault when she was 15. She also said she didn’t tell anyone about it and it was the teenage girl inside her who urged her not to stay quiet anymore and though of giving Lucido the chance to apologize. 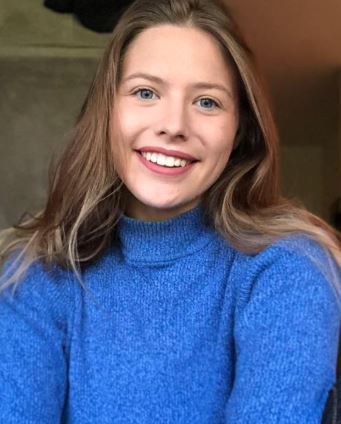 Allison Rose Donahue is the daughter of Dennis Donahue. She is a reporter for the Michigan Advance, according to her profile she covers education, women’s issues, LGBTQ issues and immigration. Previously, she was a suburbs reporter at the St. Cloud Times in St. Cloud, Minn., covering local education and government.

The 22-year-old studied multimedia journalism at Grand Valley State University graduating in 2019. She has previous experience as a freelance researcher for USA Today and interned with WOOD TV-8.