Alexandria Ocasio-Cortez emerged as a force to be reckon back in 2018 when she won the Democratic Party’s primary election.

Widely known by her initials, AOC; she has since become the U.S. representative for New York’s 14th congressional district, taking office before age 30. She was then re-elected in 2020 and is often making headlines.

While her career is widely known, we wonder who could be the lucky guy dating the young Democratic politician; so, if you want to find out about Alexandra Ocasio Cortez Boyfriend, you are in the right place.

Alexandra Ocasio Cortez boyfriend is none other than Riley Roberts. The two live together with an adorable French bulldog puppy. 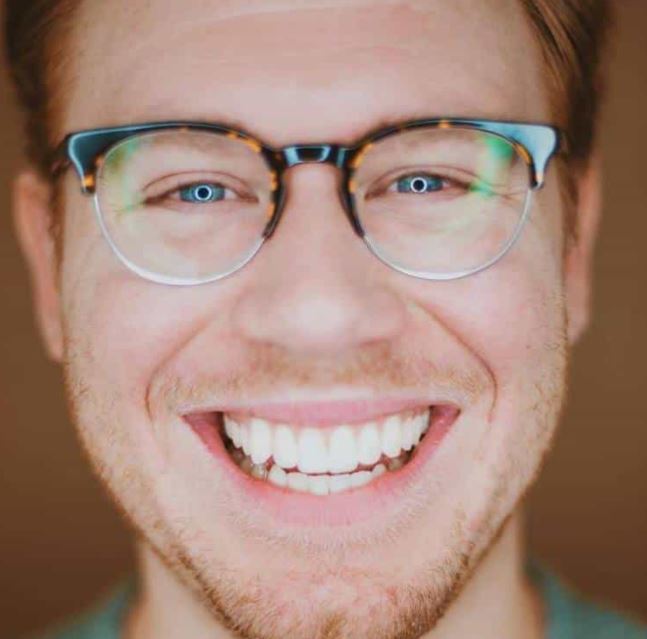 During the early stages of her career it was though that AOC was so focus on her career that she had no time for a personal life and was believed to be single. There were also speculations about Alexandra being gay.
However and due to her fame, it was then revealed that she was involved in a romantic relationship with a guy identified as Riley Roberts.

Riley was seen attending AOC’s swearing-in, along with her mother and brother. 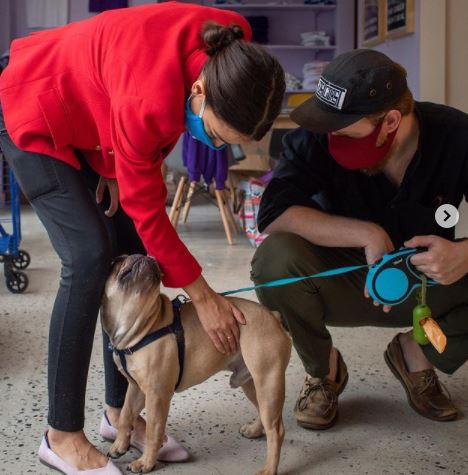 Since being thrust into the public eye, Riley Roberts has been accused of working for Ocasio-Cortez as member of her staff and being paid by her “drawing a salary on the taxpayer’s dime.” The claim was made by conservative podcast host Luke Thompson who tweeted a picture of Roberts’s email.

AOC quickly provided an explanation “Actually this cal designation is a permission so he can have access to my Google Cal,” “Congressional spouses get Gcal access all the time. Next time check your facts before you tweet nonsense.” Checkmate.

Roberts can also be seen in Netflix’s Knock Down the House. In the award-winning documentary; which follows the 2018 primary campaigns of Ocasio-Cortez and others.

Given the amount of time these two have been together and the fact that they live under the same roof, Alexandra Ocasio Cortez boyfriend, Riley Roberts; is often regarded as AOC’s husband. That said there is no proof of an actual wedding of the two.

Riley Roberts graduated in 2012, from Boston University with a Bachelor of Arts in Sociology and a Bachelor of Science in Business Administration and Management.
Riley who seems to be a pretty smart guy, was a speaker for TEDxBU, in Boston. 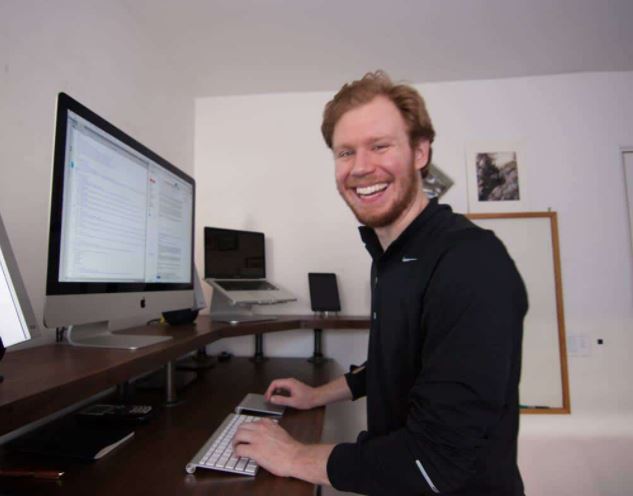 According to his LinkedIn profile, he currently serves as head of marketing for the online home management platform HomeBinder and UX Growth consultant for his business RileyUX.
He also works as a consultant to help tech startups grow revenue using marketing and development.

Roberts appears to have no social media of his own, and he clearly has no issue staying quiet but supportive.

Alexandria Ocasio-Cortez is pretty tight-lipped about her private life, and her relationship with longtime boyfriend, Riley Roberts. Though there is speculation about the couple’s marital status they have never confirmed they are husband and wife. 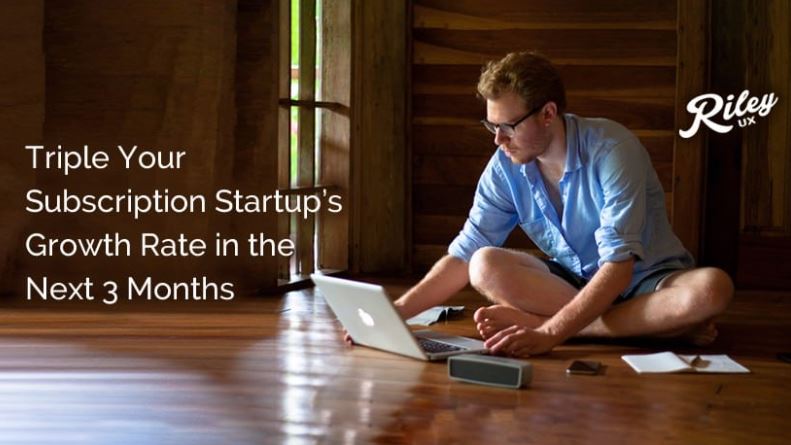 Supportive and handsome boyfriend, Riley Roberts has been by his girl’s side for what it seems like a long time, he likes to remain far enough for media to notice him, but not that far so that Alexandria will know he has her back. He is described as a pretty loyal fella.
According to Vogue Alexandria and her beau Riley met “in a true nerdy fashion” while they attended Boston University. During these meetings, Alexandria did the talking while Riley Roberts kept quiet, described y friends as the “philosopher” type.

Riley then decided to make the move from Arizona to live with his girlfriend.

Where is Alexandria Ocasio Cortez from?

The young brunette is of Puerto Rican descent on her mother’s side while her father is a native of the Bronx –where she has lived her whole life.

Her dad Sergio, the son of Puerto Rican immigrants was an architect born and raised in the Bronx; her beautiful mother Blanca was born in Puerto Rico. Her mother has held a number of jobs including housecleaning and bus driving.
In addition to Alexandria, Sergio and Blanca Ocasio had one more child, son Gabriel who works in real estate. 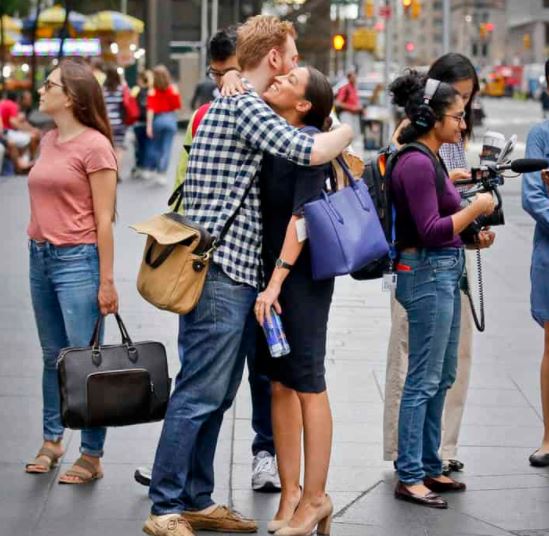 During her campaign ads, Ocasio-Cortez has addressed her upbringing saying
“I wasn’t born to a wealthy or powerful family” –blending this into her political pitch ‘Women like me aren’t supposed to run for office” –hence, winning people’s hearts.

Around the time she was a college student, she struggled with her father’s health and ultimate death in the fall of 2008.

“I didn’t know that it was going to be the last time that I talked to my dad, but toward the end of our interaction, I started to feel like it was,” “I said goodbye, but I think he knew, and I knew. And so I started to leave, and he kind of hollered out, and I turned around in the doorframe, and he said, ‘Hey, make me proud.”

Alexandria Ocasio-Cortez went to Boston University, where she graduated with a degree in economics and international relations.

What is the AOC in politics?

Alexandra Ocasio Cortez became in a way, the heroic face of not only the democratic party but also of millions of people nationwide. Back in 2018, she said about her political rising and about being viewed as the hero of progressive voters and the face of the Democratic party;
‘is overwhelming’ adding that, she can’t be a normal person anymore.

“I can’t go anywhere in public and just be a person without a lot of people watching everything I do.” “There’s always this talk about division within the Democratic Party, ideological differences,” “But I actually think they’re generational differences. Because the America we grew up in is nothing like the America our parents or our grandparents grew up in.”

The young Democratic politician managed the unthinkable triumph over the veteran politician, Joe Crowley in New York’s congressional primary election.
According to Time magazine, Alexandra Ocasio-Cortez also known for her initials AOC, is the “second most talked about politician in America;” the magazine also dubbed her, The Phenom.”

During interviews, she’s talked about learning about income inequality from a young age and wanting to do something about it.
While still in University, she wasted no time and worked for Democratic Sen. Ted Kennedy of Massachusetts on immigration issues, and was also an organizer for Bernie Sanders’ 2016 campaign.

What did Alexandria Cortez do for a living?

Prior to her career in politics and believe it or not, Miss Ocasio-Cortez worked as a bartender.
Following her college graduation, Alexandria Ocasio-Cortez decided to take a job in bartending and waitressing in order to help out her family.

Alexandria Ocasio-Cortez managed to win her first run for office with a low-budget campaign, raising about $200,000 mainly through small contributions. Like a true millennial, her campaign video was homemade; she wrote the script herself and had her family and volunteers helped out. 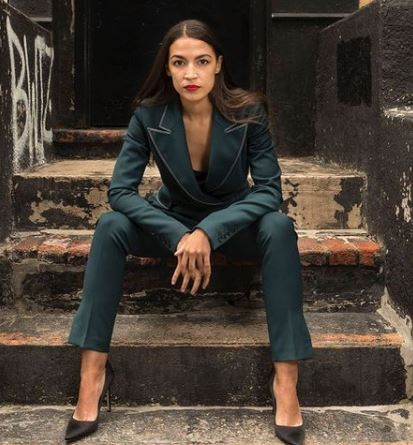 On January 3, 2019, Ms. Ocasio-Cortez became the U.S. Representative for New York’s 14th congressional district, by doing so, she became the youngest woman ever to serve in the United States Congress, at the age of 29.

According to online sources, the politician’s net worth has been estimated at approximately $175k.
Her money stems basically from her annual Congressional salary.

In 2020, Alexandria Ocasio-Cortez made her debut on Twitch and her stream is one of the biggest ever.
she went live on the streaming platform to do something she says she hates more than anything, in front of 440,000 live viewers.
Ocasio-Cortez was playing Among Us, a recently viral game with Mafia-like mechanics and at the same time, she encourage viewers to vote.

You can check out Covid information, legislation, gun control, housing, health care and other issues on Alexandria Ocasio-Cortez website.

Alexandria Ocasio-Cortez is probably one of the representatives that is most active on social media. She often uses her social media platforms whether is her website, twitter or IG to make important announcements. 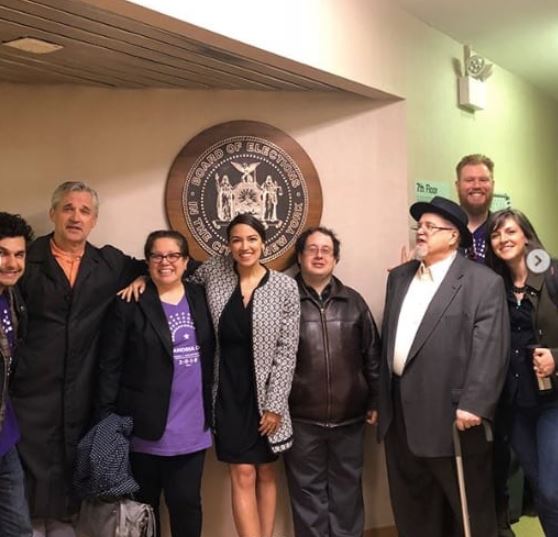 She also shares other trivial matters like the time when she took to her Instagram stories to say the jokes on Twitter inspired her boyfriend, Riley Roberts to get that post-election haircut finally.
Alexandria Ocasio-Cortez has over 12 million followers on Twitter.

Alexandria Ocasio-Cortez who seems to use Instagram for more personal matters, like when she announced she and boyfriend Riley Roberts had adopted a puppy; has over 8 million on the social media platform.