Mozzy, the rapper and record producer is known for his career in the music business, but how much do you know about his lifestyle, his girlfriend, his achievements and his net worth? Have you ever wondered how much Mozzy net worth is?

Mozzy has been carving his path in the music industry for years becoming a successful musician and making both fans and major money along the way.
The award-winning rapper has managed to stay in the interest of audiences to date.
Want to know more about him? Keep scrolling down and let’s see what more we can learn about the rapper.

Mozzy actually began rapping in 2004 under the name Lil Tim

In 2011 he changed his name after he issued the album Money Means Mozzy.

In 2013, he released the mixtape The Tonite Show, hosted by DJ Fresh.

Four mixtapes dropped in 2014, including Free Mozzy, which was issued while the MC was locked up on illegal firearms charges.

In 2015 he released Gangland and Yellow Tape Activities

In 2016, he the Empire label issue both Beautiful Struggle and Mandatory Check.
That same year he also contributed to a slew of collaborations with artists like Dutch Santana, E Mozzy, Juneonnabeat, and Philthy Rich.

He followed in early 2017 with Fake Famous

Mozzy released 1 Up Top Ahk, which debuted in the Top 100 on the Billboard main album chart in the summer of 2017.

A prolific 2018 included the Spiritual Conversations EP, as well as full-length Gangland Landlord.

In early 2019, Mozzy and Berner teamed up for the collaborative mixtape Slimey Individualz, which Mozzy followed up in May with the heartfelt “Legal Guardian/Guardian Angel,” a track that paid homage to his grandmother.

In 2020, he released his fifth studio album Beyond Bulletproof. The album entered the Billboard charts at number 43. 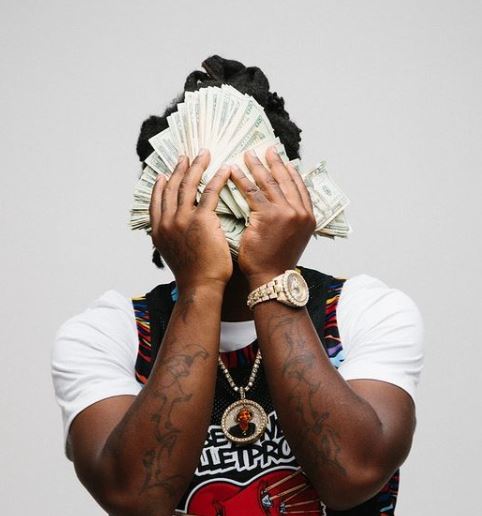 Mozzy net worth in 2021 has been estimated to be around $1 million. His money stems mainly from music sales, advertisements, LIVE stage shows and tours. 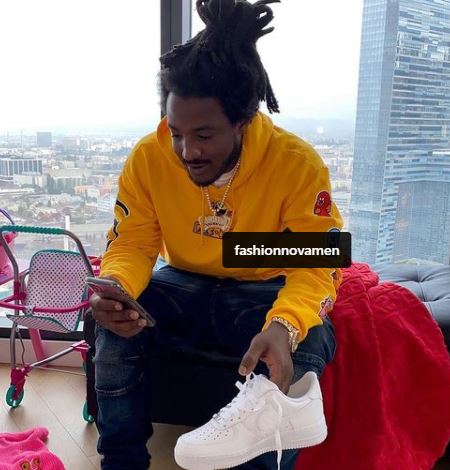 In 2018, Mozzy officially signed a new partnership with indie label Empire, while also announcing two new projects. Empire aligned with Mozzy Records for the releases of his Spiritual Conversations EP, which was followed by the full-length album, Gangland Landlord.

Mozzy first linked with Empire in 2015, with the release of the rapper’s street anthem “Bladadah”. From there, they’ve continued the relationship.

In 2019, Mozzy celebrated a massive real-estate investment and revealed to the public that he just purchased his first apartment complex. The news was shared via Instagram, where Mozzy posted a conversation between him and his realtor, John Campell, which revealed that the rapper paid $970,000 for a property that was listed at $1,059,000.

Mozzy’s other ventures include his own clothing brand, Mozzy Merch -which includes Mozzy Tees, Jerseys and Hoodies. 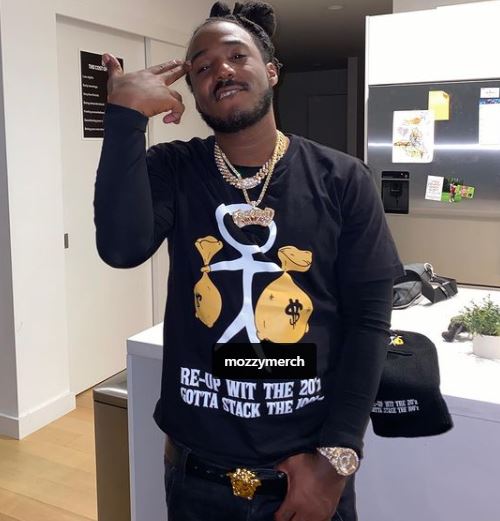 In 2020 during the pandemic, Mozzy did his part to ensure incarcerated people weren’t left behind. The rapper teamed with The Bail Project, a national nonprofit that provides free bail assistance to thousands of people every year, via IG live to discuss ways to help towards reform.

The nonprofit conducted emergency bailouts in cities from Chicago and Indianapolis to Detroit, Louisville, and St. Louis. He also pre-released his upcoming album early on JPay (a tool where inmates can stream new music).

Mozzy was born Timothy Cornell Patterson, on June 24, 1987. The Sacramento, California, naitve was born to a mother who had been a cocaine addict, and his father had been under arrest, he was brought up by his grandmother, Brenda Patterson- Usher. 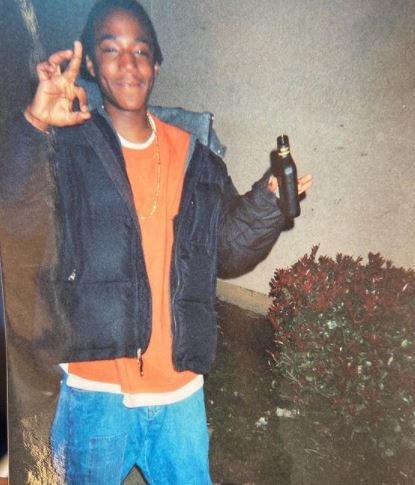 Mozzy got admitted in Sacramento High School, but later dropped out. He then completed his GED. He worked in various small jobs until he made his mind to take up a full-time career in music in 2010.

Mozzy started rapping in 2000 under the name Lil’ Tim, before changing his stage name to Mozzy in 2012. He received little notice until his 2015 album Bladadah which was ranked the 22nd best rap album of 2015 by Rolling Stone and which gave him the “best run” of 2015 according to Complex Magazine. 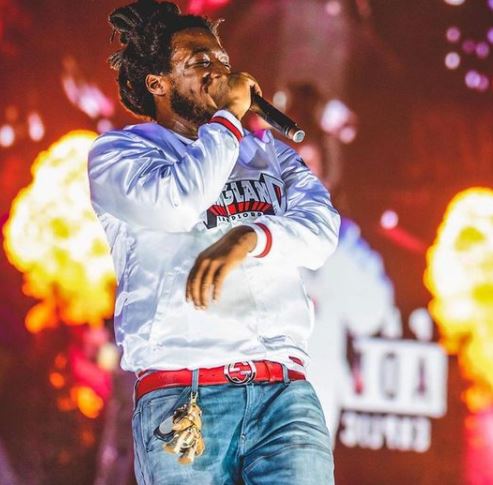 The rapper, singer, songwriter, and record producer is actually in a committed relationship with his baby mama and their children. 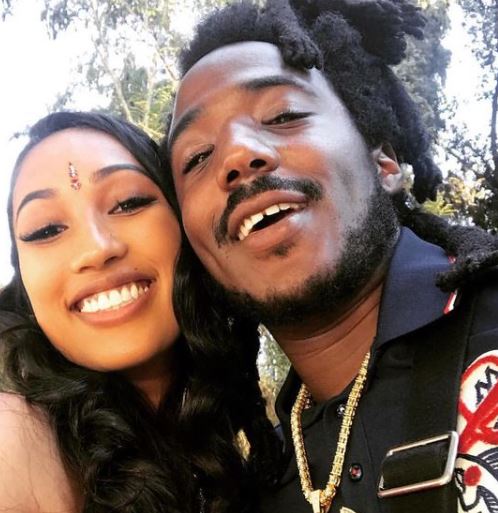 Not many details are known about Mozzy girlfriend, despite being the better half of a famous rapper his baby mama enjoys a low profile and has no problem with leaving all the spotlight to her man.
That said, his girlfriend is heavily featured on his social media. She appears to be a great source of support for the rapper and was with him before he became notorious.
During an interview, Mozzy revealed how his girlfriend was there for him in his darkest moments while trying to kick the addiction, he said

He said his girlfriend brought him towels while he was throwing up during withdrawal.

“I slept on the bathroom floor … sweatin’, headaches. It was slimy. It’s one of the worst feelings in the world”

Mozzy is the proud father of two young daughters, including Zayda Ahkyana Patterson born in 2018. 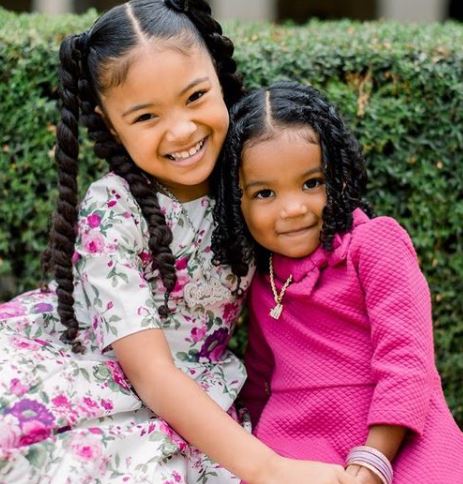 His daughters have their social media account, gurlyfacegang -which is managed by Mozzy himself and has over 30k followers. The account bio reads ‘Dooterz & Zay ❤’

Sacramento rapper Mozzy evolved over the years to become one of the most influential voices in his era of West Coast hip-hop. With a lyrical approach that switched effortlessly from threatening to celebratory, and musically rich instrumentals that recalled highlights from various phases of California rap production, Mozzy went from an underground sensation to international talent in the middle of the 2010s, and since, has only becomme a bigger and more respected name in the industry.

There’s no doubt that Mozzy has a thing for cars and has quite the collection, check out some of his rides 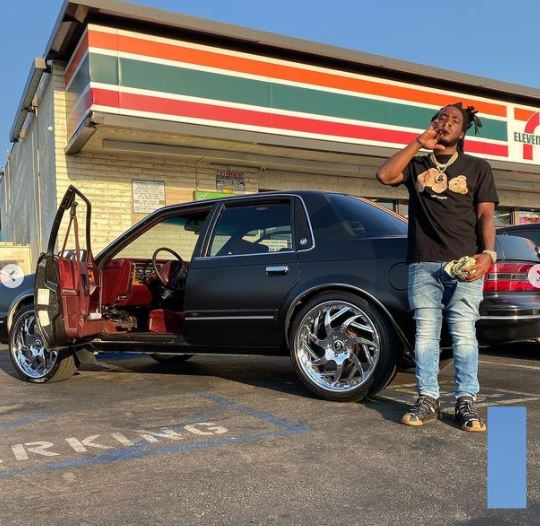 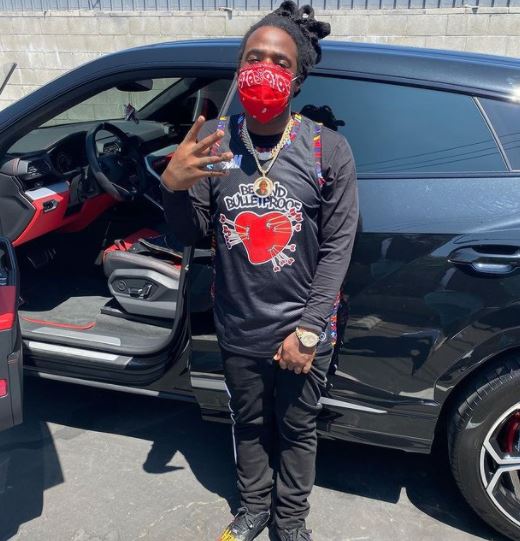 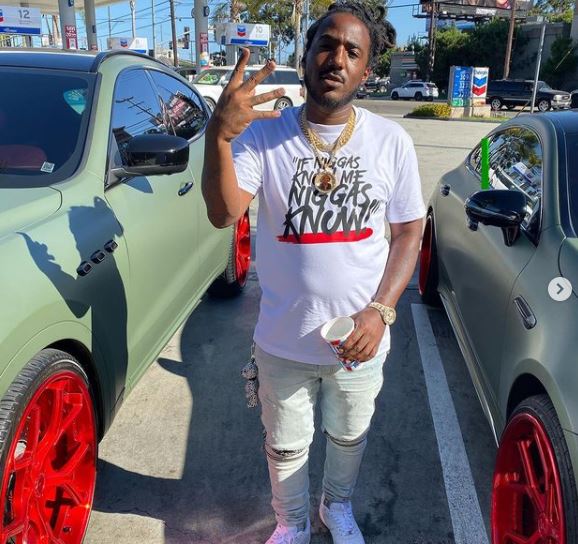 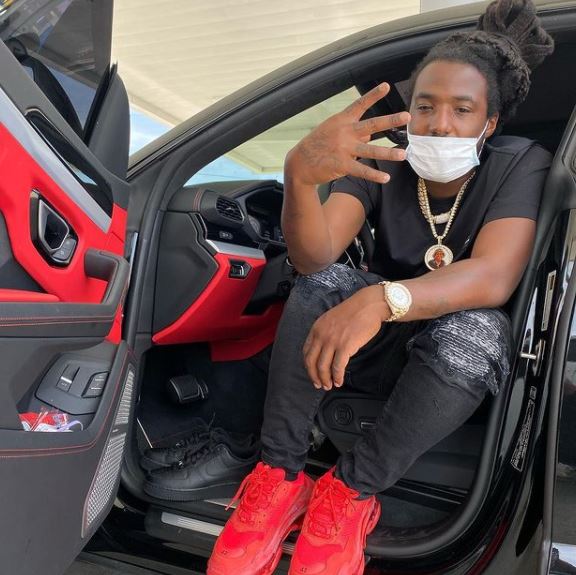 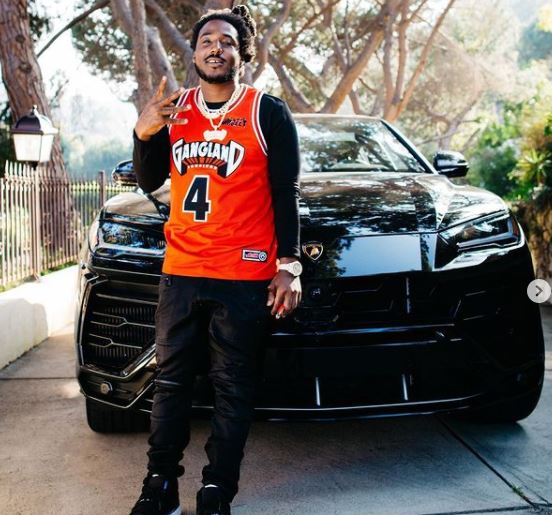 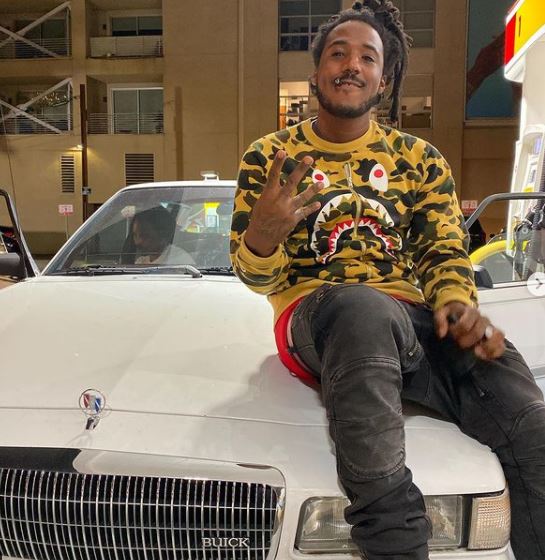 “Ain’t no lookin’ back baby, we goin’ straight for it/Classification is top rank, I don’t take orders/Ben Baller got the ***** Philthy chain water/I’m finna pull up on that fool and place the same order/I prayed for it, it finally came, we on now/Makin’ sure I make enough doughy that I can toy around”

“Minimum wage, I remember them days/Digital clock, see what it physically say/Now we sipping this paint, uplifted the rank/I pull out 30K when I dip in the paint/Oh, what a beautiful day, the day that my shooters get paid/Pay ’em to chew off ya face, think that I’m truly insane/Lately been losing my faith, look what I do for the game/They did like two in a day/we did a few in a day”

“Niggas eavesdropping, they double back and relay it/I can’t respect ya gangsta if all your jewelry is plated/I’m really bout this paper, know nothing about a vacation/Gotta chase it, hawkin’ this million, *****, I can taste it/Stogie hella bulky, we pour up for elevation/Have patience, **** all that waitin, where the bag at?/A half a ticket ain’t satisfying, already bagged that”

“Yeah, lately been doing these numbers/Working and working you know I deserve it/Yeah, my future was never for certain/We had to use dish liquid for detergent/Yeah, pop a whole lot of perkys/Yeah, still idolize David A Perkins/Yeah, make it drizzle while she twerkin’/Gang tatted on the ***** in cursive”

In 2018, Mozzy took a more serious tone as he announced his New Year’s resolution to quit codeine, the prescription opiate he’s been sipping daily for years. He came up with a social media challenge to inspire others to quit. 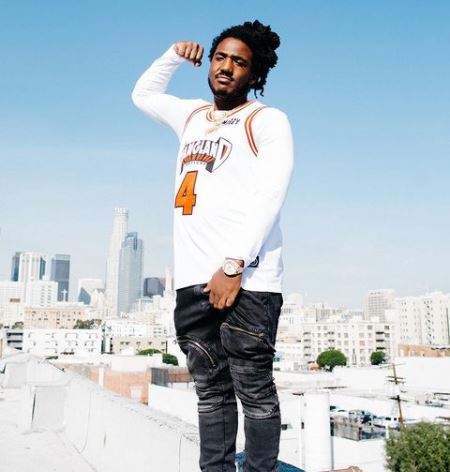 By “bag” he meant success and stability. Mozzy said he had to drop codeine to be a better father and artist.

When mixed with soda, codeine is often called “purple drank,” “lean” or “sizzurp.” Mozzy’s “Kick da Cup” challenge on social media — where he dares people to post a video of them pouring out bottles of codeine — hoped to turn the tables on an epidemic that has gripped hip-hop culture for decades.

“This is somebody who abused it, who sip every day,” Mozzy told Capital Public Radio.

Mozzy says, adding that his daughters are his biggest motivation. “I want them to be 10 times doper than me. No matter what career choice, no matter what they’re doing in life, I want to provide them with that head start and that healthy household with a mother and father present, unlike the majority of our community.”

What does Mozzy do now?

At 33, the rapper certinaly has a bright career ahead and is currently working on what he does best, making music and performing.
He released his fifth and most successful studio album Beyond Bulletproof in 2020 and will be going on tour later this year.

Where does Mozzy live now?

Mozzy along with his baby and two young daughters, live in Los Angeles.

Where can I find Mozzy on social media

Mozzy is active on most social media platforms including

Mozzy is active on Instagram where he has over 1 million followers. 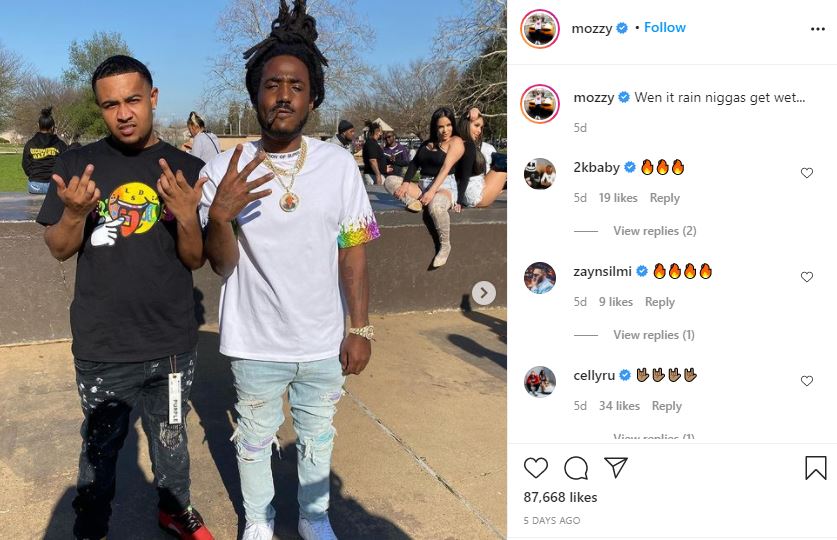 Mozzy can also be found on his official Facebook page which has over 300k followers.

The rapper has his own website for all things Mozzy.