Marcus Lemonis is a well known businessman and television personality, who is worth millions.

Marcus has enjoyed major success for years. The serial entrepreneur, who is also a philanthropist and politician, has become extremely popular across several social media platforms and has since amassed millions of followers and millions to his bank account.

In 2006 the company merged with Camping World and later with Good Sam Enterprises.

As CEO of Camping World, Lemonis started to collaborate with NASCAR and sponsored driver John Andretti.

The following year along with Camping World, Lemonis announced the takeover of the sponsorship of NASCAR East Series.

Since 2013, he has present the reality television show The Profit in which he helped small businesses to survive and even grow by helping them with funds. 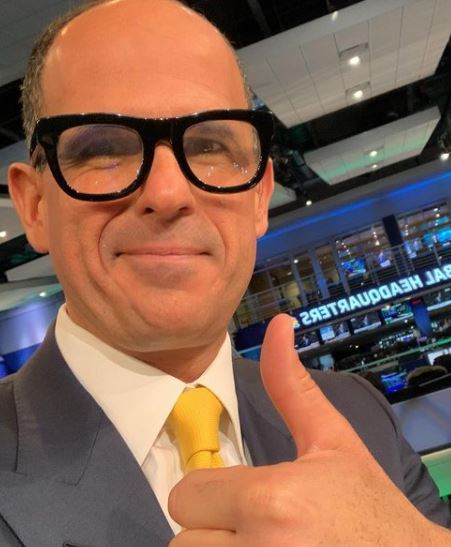 According to online sources, Marcus Lemonis net worth in 2021 is estimated at approximately $500 million.
Aside from his holding company- Marcus Lemonis LLC that deals with a variety of product lines, most of his worth is generated from his multi-million company called Camping World.

In 2018, Lemonis purchased a $1.85 million house on an acre and a half that shares a lot line with the property he bought in 2013 for almost $5 million in the Chicago suburb of Lake Forest.
In June 2018 he sold a condo on Chicago’s Gold Coast for $3.25 million. He also owns a home in Montecito, California that he bought for $6.85 million in March 2017. 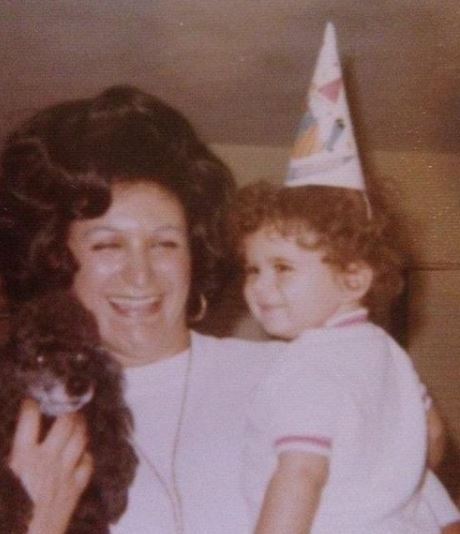 Marcus Lemonis was born on November 16, 1973, in Beirut, Lebanon during that country’s civil war. He was given the name Ricardo at birth. His parents, Abdallel and Nadia abandoned him at an orphanage four days after his birth. He was adopted when he was eight months old, on July 29, 1974, by Leo and Sophia Lemonis, a couple from Miami, Florida. His adoptive father was Greek and his adoptive mother was Lebanese. Leo and Sophia renamed him, Marcus.

Growing up, his grandfather owned two of the U.S.’s biggest Chevy dealerships and he was exposed to that industry at an early age.
Lemonis graduated from high school at Miami’s Christopher Columbus High School in 1991.
He later attended Milwaukee’s Marquette University with a B.A. in political science and minor in criminology graduating in 1995.

Marcus Lemonis has had a career in politics, business and media. 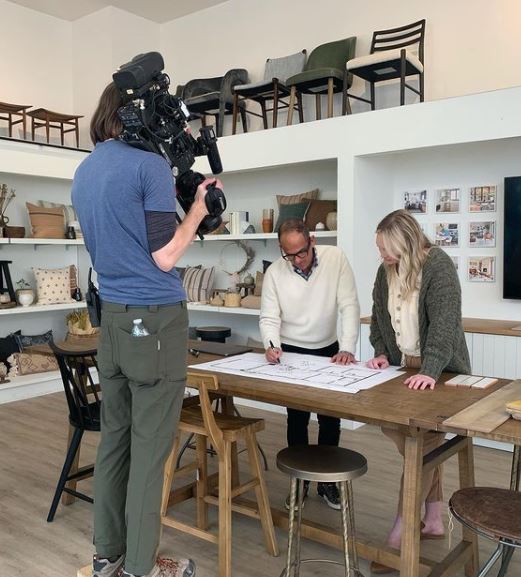 After graduating from college, he ran for office as a Democratic member of the Florida House of Representatives. Despite being endorsed by the Miami Herald, he lost to the two-term Republican incumbent by about 15%.
After his unsuccessful run for office, Lemonis went to work for his grandfather’s car dealership. AutoNation purchased that dealership in 1997.
Lemonis went on to have a number of sales and management positions within AutoNation.
Along with Lee Iacocca, Lemonis adquired Holiday RV Superstores. Lemonis was the CEO of that company from the summer of 2001 until early 2003.

Then Lemonis co-founded the company Freedom Roads and started buying up RV dealerships. Lemonis merged Freedom Roads with Camping World in 2006 and became the new company’s CEO.
In 2011, Lemonis merged Camping World with Good Sam Enterprises. Lemonis became the CEO of that company.
In the spring of 2017, Camping World acquired the assets of the camping, fishing, and hunting gear store Gander Mountain and boating superstore Overton’s. During the summer of 2017, Camping World purchased the online bike, skateboard, wakeboard, and snowboard retailer The House Boardshop.

Marcus Lemonis is as successful as it gets. He is the chairman and CEO of a plethora of businesses including Camping World and Good Sam Enterprises. He is also the star of the CNBC reality show “The Profit,” which is about saving small businesses. 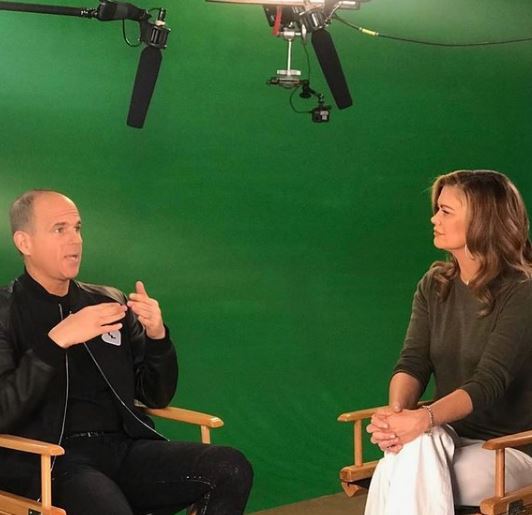 Lemonis was recognized for having “more impact on the industry than any single individual or company in recent memory as an agent of change and retail consolidation,” when RV Business Magazine named him their 2007 Newsmaker of the Year. In addition, Crain’s Chicago Business featured him in their 2005 edition of “40 under 40″; and in 2008, Ernst & Young named him Entrepreneur of the Year. Prior to “The Profit,” he appeared on NBC’s “Celebrity Apprentice” in 2011 and 2012 and was featured on ABC television’s “Secret Millionaire” in 2012.

Aside from the business persona that he is, Lemonis appeared on two episodes of “Celebrity Apprentice.” He ran marketing challenges for the contestants. He appeared on “Secret Millionaire” in 2012.
In 2013, Lemonis became the star of his own CNBC show “The Profit.” On “The Profit,” Lemonis looks for promising yet troubled small businesses and invests his own money to become part owner while helping the business turn things around. The seventh season of “The Profit” began airing in November 2019. 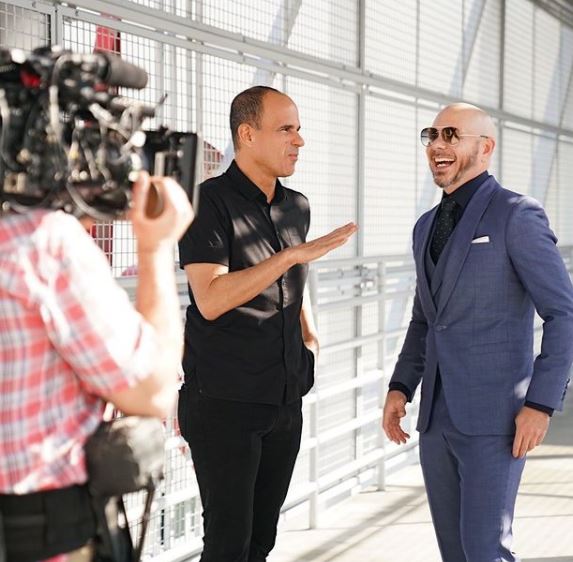 In 2015, Lemonis was the executive producer of the film “I Really Hate My Ex.”

Lemonis co-produced and starred in “The Partner” on CNBC in 2017. On the show, he looked for business managers to help him run the businesses he invested in on his other show, “The Profit.”

Marcus Lemonis wife is Roberta Raffel, best known as “Bobbi” and who is his second wife.

Marcus Lemonis has been married a couple of times. He married for the first time in 2003 to businesswoman Ila Penfold. They were together on and off until splitting for good in 2017.
During one of the couple’s off periods, Lemonis dated The Real Housewives of New York City star and Skinnygirl mogul Bethenny Frankel.

Lemonis married Roberta “Bobbi” Raffel in 2018, about two years after he met her when he acquired a fashion business she owned. The couple planned to marry in Montecito, California. They tied the knot at the Hotel Bel-Air in Los Angeles. She is about 20 years older than Lemonis. 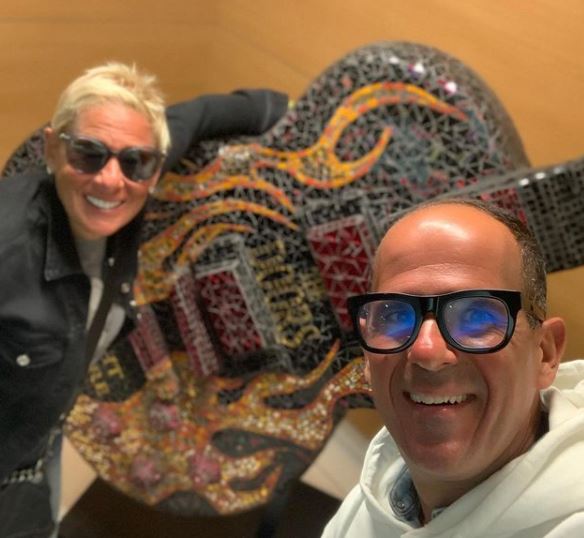 The couple do not have any children of their own, however, Raffel is a mother and grandmother. She has two adult children, a son and a daughter from a previous marriage.

You’d be surprise to learn that even though he has the money, Lemonis doesn’t have multiple cars.
The self-made millionaire told CNBC Make It that his “most embarrassing” purchase ever was a Rolls-Royce that he bought in 2007.

Where does Marcus Lemonis live?

Marcus Lemonis has been accused in the past, of targeting and even destroying companies. The lesson here is do not do something that appears good but is actually bad.

Last year two lawsuits were filed against Marcus Lemonis by his former business partners Nicolas Goureau and Stephanie Menkin. Goureau and Menkin met Lemonis when they appeared on “The Profit.” The two men who are siblings, alleged that Lemonis’ investment in their retail business Courage B, was fraudulent. On the show, Lemonis promised to help them grow their business. In reality, he focused on making Goureau and Menkin’s company indebted to him to the tune of several hundreds of thousands of dollars so that he could take the company’s assets and destroy it. The lawsuit is seeking millions of dollars in damages from Lemonis and his companies.

This is not the first time Lemonis has been accused of targeting other businesses to destroy them. In 2018, Inc. magazine wrote an article called “The Dark Side of Marcus Lemonis.” Will Yakowicz, the reported, talked to two dozen business owners who had been on the end of unethical and malicious treatment by Lemonis. One company told Inc.” “We asked him to help us with our business, not help himself to our business.”

Lemonis has also been accused of setting out to destroy businesses that refuse to be acquired by him. 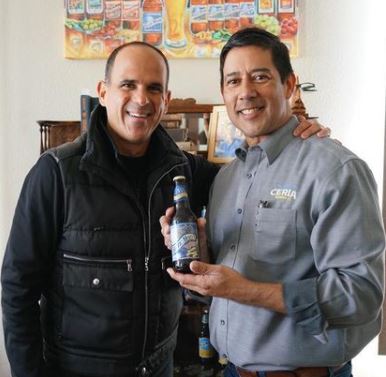 “I’m really not a great businessperson. I understand business, and I understand numbers, but I think what I understand more than that is people… Ultimately, I think businesses fail and people fail because they don’t have their act together.”

“Things are always going to go wrong. People make mistakes. I know I do. It’s how you resolve it that matters most. Listen, be open to criticism, resolve it with speed and empathy, and take responsibility.”

“If you have trust with somebody, it can survive any downturn, any mistake, any problem. And if you don’t have trust, it won’t matter how good the business is. It will fall apart eventually.”

What does Marcus Lemonis do now?

Marcus Lemonis is continuously working on his numerous businesses, in addition he continues to film for his hit reality show, The Profit.

Where can I find Marcus Lemonis on social media?

Marcus Lemonis is active on most popular social media platforms including:

Marcus Lemonis is active on Instagram where he has 1.3 million followers. 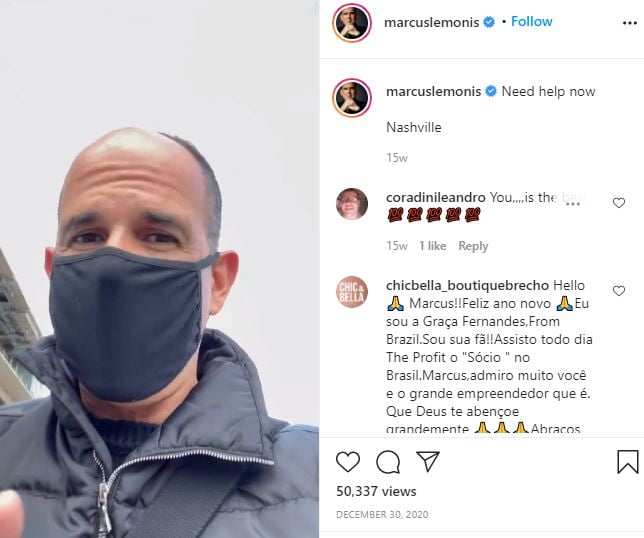 Marcus Lemonis is active on Twitter where he has nearly 600k followers.

Marcus Lemonis can also be found on Facebook with over 1 million followers.

You can also connect with Marcus on LinkedIn.

You can also check out Marcus Lemonis website for more info.