Lin-Manuel Miranda is a well known film, TV and stage actor -whom you may recognize for his work on Broadway.

Miranda has enjoyed major success for years. The Hollywood star who is also a singer, songwriter, rapper, director, producer, and playwright, has become extremely popular across several social media platforms and has since amassed millions of followers and millions to her bank account.

Lin-Manuel Miranda net worth timeline begins around 2002 when he embarked on an acting career, appearing in films and on television.

He also performed with a hip-hop improv group, Freestyle Love Supreme, around New York City and at festivals, including the Edinburgh Festival Fringe.

In 2008, he made his Broadway debut as the star and creator of In The Heights.

In 2009, Miranda returned to the Main Stem, providing Spanish translations to the Arthur Laurents-helmed revival of West Side Story.

Miranda would go on to co-write the score to Bring It On: The Musical in 2012.

In 2015, Miranda returned to Broadway with his hit musical Hamilton, which would garner 11 Tony Awards and the 2016 Pulitzer Prize for Drama. 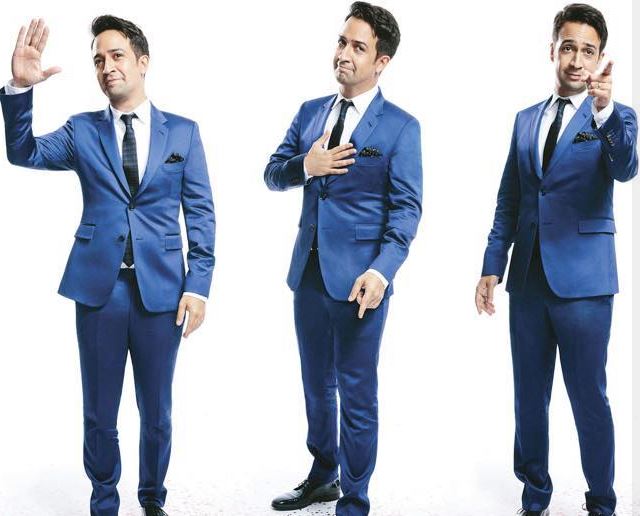 According to online sources, Lin-Manuel Miranda net worth in 2021 is estimated at approximately, $80 million.

By 2018, Hamilton had grossed $365 million. As of 2020, the show has grossed well over $500 million. As the sole creator, author, composer, and former star of Hamilton, Lin-Manuel Miranda is entitled to a 7% cut of the box office gross. According to various reports, this deal results in Miranda earning a $105,000 royalty check every single week while the show tours. That’s around $5.5 million per year – with Miranda never lifting a finger. By 2017, these royalties had earned Miranda about $12.7 million.
To top it all off, in February 2020, Disney Paid $75 million for the movie rights to Hamilton.
Lin-Manuel Miranda tweeted the news that the movie adaptation of his groundbreaking Broadway show Hamilton was set for release by Disney in fall 2021.

According to sources, Disney beat out other suitors and paid $75 million for worldwide rights to the show that won 11 Tony Awards in 2016, as well as the Pulitzer Prize for Drama. Disney won the deal with a commitment for a wide global theatrical release for the 2 hour, 40 minute movie, which was shot two weeks before the original cast left.

Lin-Manuel Miranda, pays tribute to his father, Luis Miranda, with the documentary “Siempre, Luis” – always, Luis – Miranda’s signoff in letters to his son, Lin-Manuel. In the film, the elder Miranda talks about moving from Puerto Rico to New York City in 1971. There, he spent four decades as a political consultant for the likes of Chuck Schumer and Hillary Clinton. 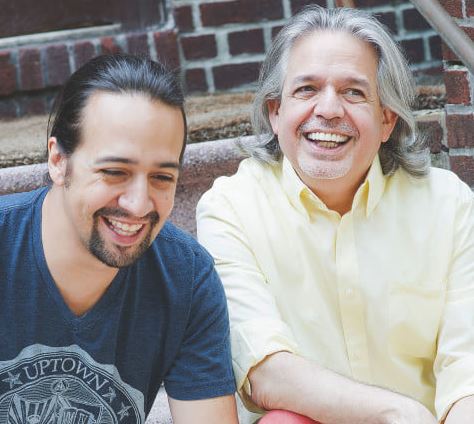 The documentary that premiered at the Sundance Film Festival featuring the life of Luis Miranda, father of Hamilton creator Lin-Manuel Miranda; aired on HBO in 2020.
Siempre, Luis ultimately tells the story of a proud American whose lifetime dedication to community and fatherhood has rendered him an unstoppable force of nature.

Miranda is the founder of TeeRico to be able to bring awareness to and raise money for causes about which he cares deeply, such as raising money for hurricane relief in Puerto Rico, and Broadway Cares, Equity Fights Aids, after the Orlando massacre.
TeeRico is Miranda’s officially-licensed merchandise site.

In 2008, Miranda purchased a property for his parents in the neighborhood of Inwood in North Manhattan. His parents occupied the 1,125-square-foot apartment until 2013, and then it was put on the market for just under $1 million.

In 2017, Miranda bought not one, but two units at 141 Cabrini Boulevard in a co-op complex called Castle Village.

Lin-Manuel Miranda was born on January 16th of 1980 in New York City. Raised alongside one sister by parents with Puerto Rican roots, he visited the nation of his family’s heritage at least once a year while growing up. Miranda first became passionate about musical theater during high school, when he began writing his own musicals. 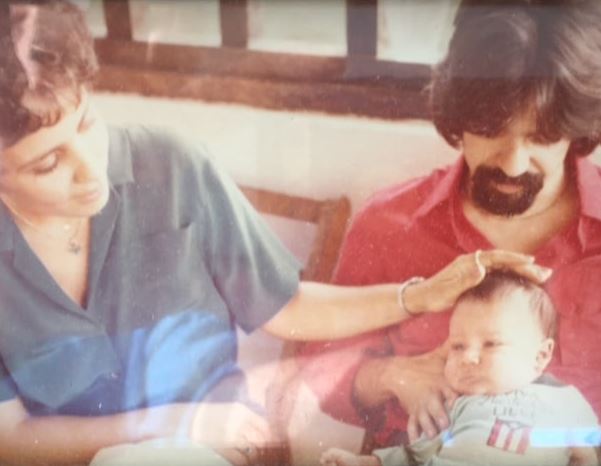 After graduating from high school, Lin-Manuel moved on to Wesleyan University. During his sophomore year, he penned the early draft for “In the Heights.” His school’s theater department accepted the play, and it was performed for the first time in 1999 by Wesleyan University. During his time at college, Miranda wrote other plays and acted in many of the school productions.

Miranda began his career in the early 2000’s. Miranda worked as an English teacher at his old high school. He also supported himself by composing music for various commercials.

In 2002, he teamed up with Thomas Kail, an experienced theater director to bring “In the Heights” to life on the professional stage.
Miranda and a team of other individuals tweaked the script as it was performed off-Broadway, and by 2008 they were ready to debut the musical on Broadway for the first time. 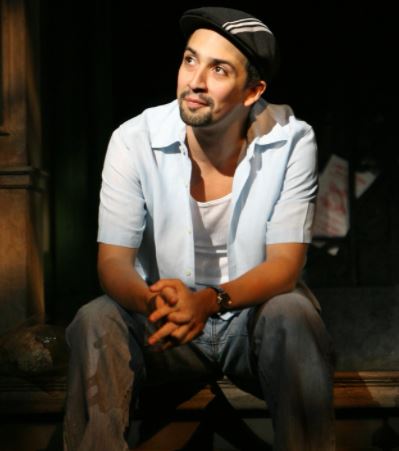 Soon enough, “In the Heights” had been nominated for 13 Tony Awards, taking home four – including Best Musical and Best Score. In addition, “In the Heights” won a Grammy for Best Musical Theater Album. In addition to writing the play, Lin-Manuel also played the lead role of Usnavi in the play and earned significant critical praise as a result.
Over the next period, Miranda took the play to Los Angeles, once again playing the lead role. He also wrote other plays, including those in the Spanish language.
He also transitioned to TV appearing n episodes of “The Sopranos,” “House,” and “Sesame Street.”

Lin-Manuel also established himself as a rapper. As far back as 2003, he founded the hip-hop improv group Freestyle Love Supreme, and they began to tour around the world during the 2000s. They were also the subject of a TV show and a Broadway musical.

Lin-Manuel Miranda wrote the lyrics and the music for the musical “Bring it On: The Musical” -which had a limited run on Broadway with strong reviews. In 2012, he booked a role in “Merrily We Roll Along,” a well-received Broadway musical. Miranda later wrote the lyrics and music for “21 Chump Street,” which debuted in 2014. That year, he also appeared in another musical called “Tick, Tick… Boom!” 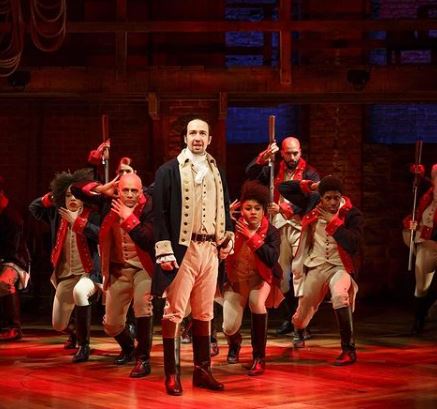 He went onto appear on film and TV projects such as the Disney feature film “The Odd Life of Timothy Green” and television shows like “Modern Family,” “Do No Harm,” and “How I Met Your Mother.”
In 2015, Lin-Manuel Miranda took his career to a completely different level with the premiere of his most successful musical: “Hamilton: An American Musical.”
Critics also loved “Hamilton: An American Musical,” and it won a Tony Award for Best Musical among many other awards.

Miranda is probably best known for his successful career in the world of Broadway musicals, and he has won many awards during his career. A multi-talented artist, Miranda wins critical acclaim whether he’s acting on stage or pulling the strings behind the scenes.
He is a Tony, Pulitzer, Grammy, and Emmy winner winner.

Outside of the theater world, Lin-Manuel Miranda has strong connections to Disney. In 2014, he contributed music and lyrics to the movie “Moana.”
Next year, he worked with Disney again on “Star Wars: The Force Awakens,” contributing one song for a scene in a cantina. 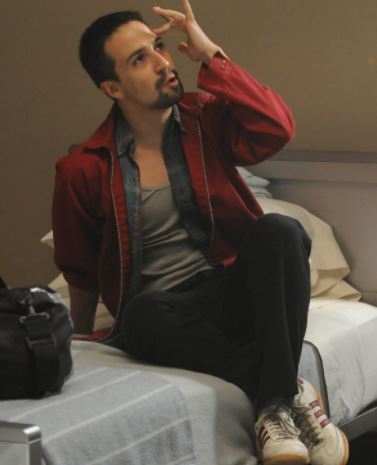 In 2017, he worked as a voice actor in the movie “DuckTales,” playing the role of Gizmoduck. He also played Jack the lamplighter in Disney’s live-action reboot, “Mary Poppins Returns.”
In 2019, Miranda returned to the world of Star Wars once again with “The Rise of Skywalker,” writing one song and appearing in a brief cameo as a resistance fighter.

Miran is also the man behind TeeRico -Miranda’s officially licensed merchandise store. According to the site, every design benefits a cause and/or the creative artist. 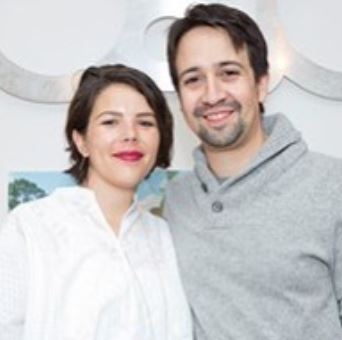 Although they never dated as teenagers, Miranda and Nadal both attended Hunter College High School. The two actually began dating years later in 2005 after Miranda reached out to her on Facebook and invited her to a Freestyle Love Supreme show. They moved in together shortly after and were married in 2010. The two tied the knot in Staatsburg, New York. A chorus of Broadway singers sang during the ceremony.

Though Mrs. Miranda isn’t in showbiz, she has a career of her own. Nadal works as a full time lawyer in New York and London. She attended MIT and received a bachelor’s degree in chemical engineering. She later worked as a scientist developing anti-aging products at Johnson & Johnson, and eventually switched paths to attend Fordham University School of Law. According to her LinkedIn, she was a practicing lawyer at Jones Day law firm up until 2016. 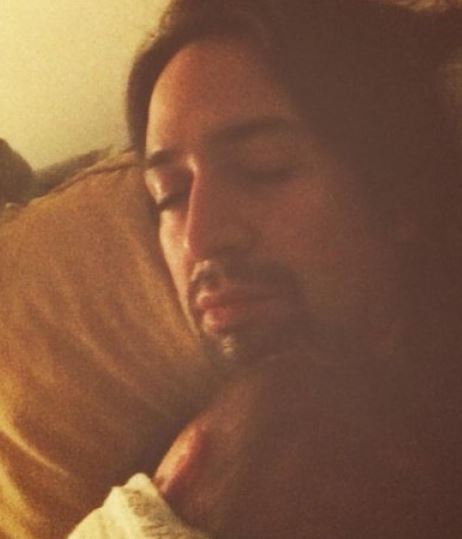 Where does Lin-Manuel Miranda live?

Lin-Manuel Miranda and his family are residents of New York. He splits his time between NY and Los Angeles for work.

Notable lessons we can learn from Miranda is simply being a good person. Back in 2019 Lin-Manuel Miranda along with three of his Hamilton collaborators, (Thomas Kail, Jeffery Seller, and James L. Nederlander), purchased the much adored Drama Bookshop in New York City.
Manuel wrote the original draft for “In the Heights” in the bookshops years earlier, and he bought the store to save it from going out of business. 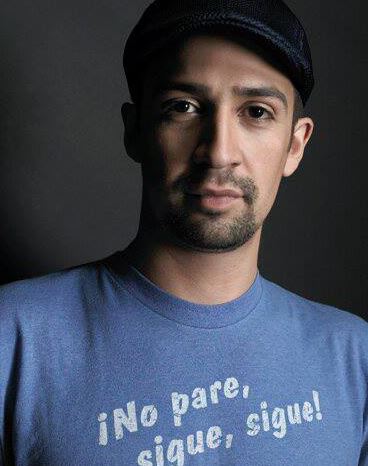 Miranda is also known to be a proud husband and highlights his amazing wife as often as he can. When Miranda won the Best Original Score Tony in 2016 for Hamilton, he performed a sonnet and said, “My wife’s the reason anything gets done. She nudges me towards promise by degrees. She is a perfect symphony of one. Our son is her most beautiful reprise.”

Most recently as COVID began to spread in 202, he said “The greatest blessing of my life is that I’m married to a woman that is much smarter than me, and she really kind of saw the trend of how COVID was spreading and said we’ve got to be ready… We’ve got to take measures so we can be safe,” he told ABC News’ “The Year: 2020.” “And so I’m grateful to her for that. She got us through the year.” 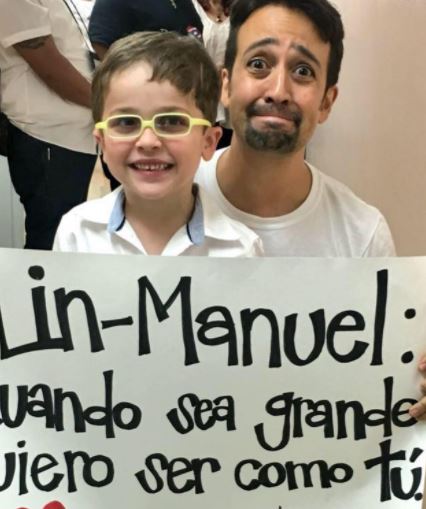 “You are perfectly cast in your life. I can’t imagine anyone but you in the role. Go play.”

“I am the one thing in life I can control. I am inimitable; I am an original. I’m not falling behind or running late. I’m not standing still: I am lying in wait.”

“Why do you write like you’re running out of time?”

“To engender empathy and create a world using only words is the closest thing we have to magic.”

What does Lin-Manuel Miranda do now?

Lin-Manuel Miranda is continuously working in showbiz. Most recently the 41-year-old has been focused on his work directing his first feature film, “Tick, Tick… Boom!”

Where can I find Lin-Manuel Miranda on social media?

Lin-Manuel Miranda is active on Twitter where he has 3.5 million followers. 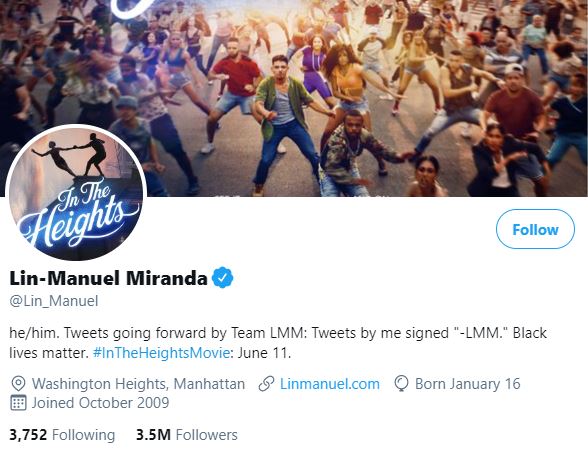 Lin-Manuel Miranda can also be found on Facebook with 1.8 million followers.

You can also check Lin-Manuel Miranda on his website.