Josh Richards has enjoyed major success in recent years. The public figure and businessman has become extremely popular across several social media platforms and has since amassed millions of followers and millions to his bank account.

Josh Richards Net worth timeline begins when he gained a social media following at the age of 14 through musical.ly, which later became TikTok.

In 2019, he made an appearance at the Consumer Electronics Show in Las Vegas.

He has since landed several acting gigs, signed a recording contract, plus joined the executive team of TikTok rival Triller. 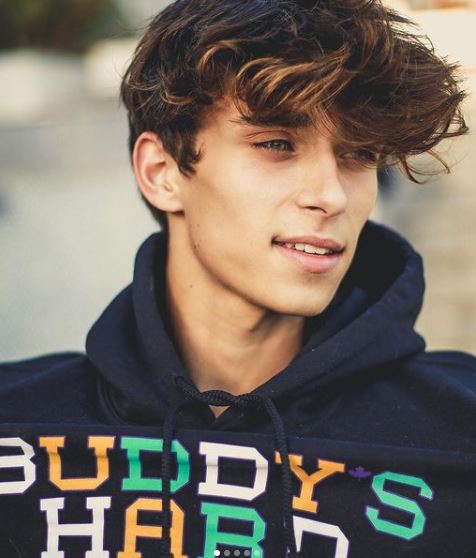 According to online sources, Josh Richards net worth in 2021 is estimated at approximately $2.5 million.
He’s made most of his money through TikTok videos, pre-roll ads on her videos, interviews, and meet-and-greet events. At one point he was making at least 1k a minute.

Josh Richards’s career grew rapidly because of the sponsorship deals he’s made with brands.

He has endorsed a number of brands and products; his first promotional collaboration was with a youthful shoe brand called Call It Spring in 2018.
Instagram Sponsorship: As he has more than 3 million followers on his Instagram account, advertisers pay a certain amount for the post they make.

He also did a collaboration and endorsement of the rising brand named Armo gear. Other brand deals include partnerships with HouseParty, Reebok, CashApp and Crocs.

Josh became the first artist to sign a recording contract with Talent X and Warner Records.
In 2020 it was reported that Josh Richards was pursuing opportunities in music and had released a music video for his single, “Still Softish.” The video had racked up at the time 27.4 million views on YouTube since it debuted. 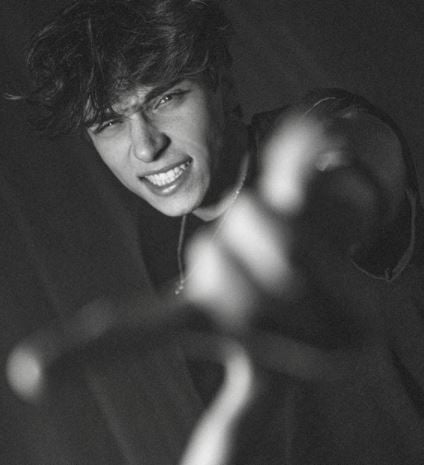 At the end of March 2020, Josh Richards found himself embroiled in a public feud with another popular TikTok star, Chase Hudson. It ignited when Richards released a YouTube music video called “Still Softish”—a diss track—that mocked Hudson and insinuated that Hudson had sent flirty messages to Richards’ girlfriend. The video went viral, and Richards and his crew continued discussing their beef with Hudson over Twitter and TikTok. It ended only when a mutual friend arranged a peace summit, and, naturally, that was also chronicled across social media.

In 2019, Josh Richards moved into the Sway House alongside fellow social influencers such as Jaden Hossler and Anthony Reeves.

He said about living at Sway house

Yeah, so that’s me and my friends. We all are under a company called TalentX Entertainment. … We have this house now in Bel Air, which has been awesome. It’s been pretty amazing.

He hails from Canada and moved to the USA in January 2020. He has a sister named Olivia and a brother named William.
Josh Richards was born on January 31, 2002 in Ontario, Canada. Ever since Josh was young, he was very passionate about acting. He began taking acting classes from a young age to hone his acting skills. 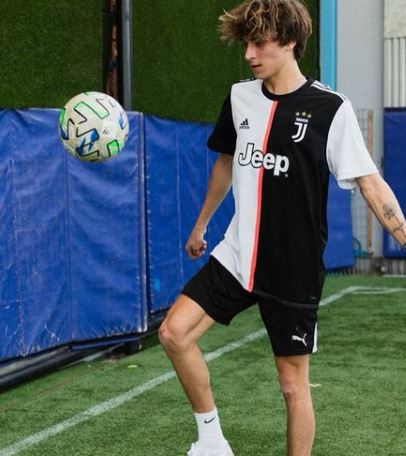 Besides acting, he was also interested in sports. He used to play ice hockey as well as soccer. That said, his first passion has always been a career in entertainment.

He garnered immense popularity with his lip-syncing, dancing, and singing videos on the app. 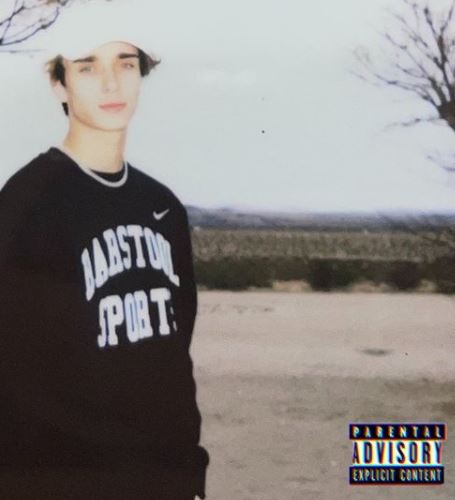 He scored his first big acting roles with parts in the films Brother’s Keeper, Under the Stadium Lights and Summertime Dropouts.
He was cast opposite Laurence Fishburne and Glenn Morshower in the high school football film Brother’s Keeper.

Since then his career took a big turn and his popularity just kept growing.
Apart from being a content creator on YouTube and various other video streaming platforms, Joshua has dipped his toes in the music industry as well. He is popularly known for his diss tracks featuring Bryce Hall titled Still Softfish in which he dissed Lil Huddy, who is also an Internet celebrity.

Soon, his acting talents and potential were recognized as he was given the offer to appear in the movies such as Brother’s Keeper and Summertime Dropouts, which were both released in 2018. His part in the movies was big and major which gave him a lot of popularity and exposure.
At the same time, he also started posting lip-sync and funny videos on TikTok just for fun. But, little did he know, he will become one of the popular accounts on the entire platform. Moreover, he is getting a lot of hype for his potential in the Hollywood industries where offers are piling up for him. At 19, he is already described as a mogul.

Josh Richards is knonw to come up with great looking videos, which are a variety of different genres, including comedic stunts, situational humor, tricks and funny dance moves.
He often plays on viral TikTok trends, using songs or recorded audio that have gone viral elsewhere. He plays on the trends of the app, targeting a widespread audience to gain as many followers as possible. Most of them are filmed at the Sway House, a home in Los Angeles where TikTok stars help each other make content.

He said about the video making process ‘We’re always filming. We’re always doing YouTube. We have videographers who come back and take photos. It’s really cool.’

In addition to his massive success as a social star, Josh Richards’s ventures includes serving as chief strategy officer for Triller -which is a video-sharing social network and entertainment platform. He began posting dance videos on the app Triller around July 2020.

But Triller isn’t his only venture; in fact, Richards launched his first company, a hockey merchandise company called Berserk Hockey, at the age of 13. Safe to say he is all about business.

In addition, he co-founded and is a partner of the management company TalentX Entertainment. In January 2020, he spoke at the Consumer Electronics Summit about climate change.

Richards also launched his own influencer merch, as well as a drink brand called Ani Energy. Josh sells his own stuff. As a popular social media influencer, there is a high demand for his merchandise. And, he has listened to his fans and is selling his own merchandise through his own website, joshrichardsofficial.com. 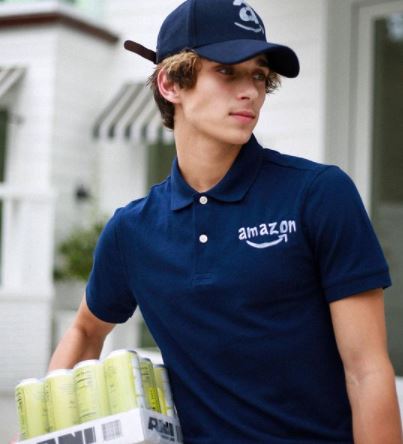 In addition to everything he is doing, Josh teamed up with Hollywood star, Mark Wahlberg to launch a “Gen Z-focused” production company called CrossCheck Studios, which they hope will become the “go-to production company for the next generation” and “internet-native creatives.”

He has also used his online success to invest in ventures like Ellen’s Unhide blanket company, Dog for Dog, a dog food company with Snoop Dogg.

He co-hosted a podcast with Barstool Sports and launched a podcast with Dave Portnoy. The weekly series, called BFFs, will feature the two in conversation “about everything from dominating TikTok in L.A. to running a media empire in NYC,” per a show description.

In his own statement, Richards said, “It’s not every day that a pairing like this is forged where we can have a podcast resonate with so many different audiences. Dave is amazing at what he does and is–without a doubt–the greatest to ever do it. I am so excited to be launching this initiative with my new BFF.” 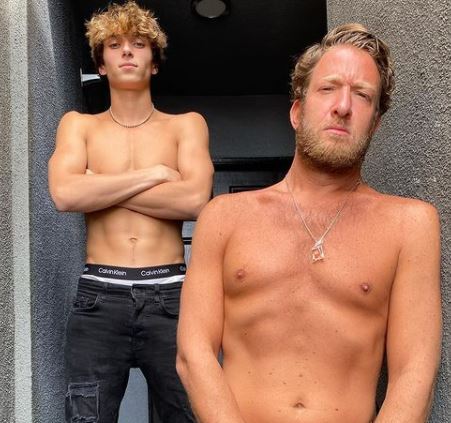 Josh Richards girlfriend is no more. The millionaire teen is apparently single at the moment but that wasn’t always like that.

Richards used to be in a romantic relationship with Nessa Barrett. The two dated from October 2019 to June 2020.
They tried their best to keep their relationship a secret but, the truth has to come out someday. On January 26, 2020, Josh Richards put an end to that rumor as he posted a picture on his Instagram with a caption, “Mine.” 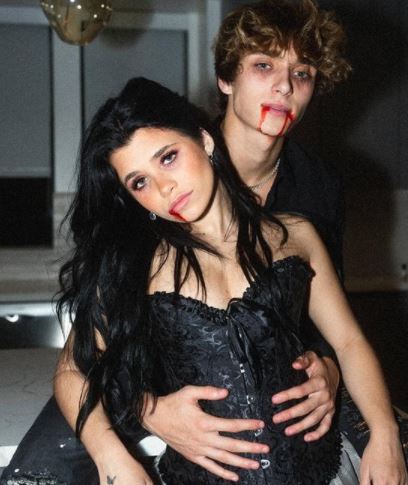 However, by June 2020, the social media stars announced their split with a YouTube video titled “We Broke Up.”

“We didn’t want lies or rumors being spread,” Josh shared in the video that has already been viewed millions of times as of press time. “There comes a point in relationships where you realize maybe it isn’t best to be together. We realized that we needed to mature and we needed to grow as people. We were in a very serious relationship but we weren’t ready for as serious as it was. She’s an amazing girl and I will always care about her always.”

Notable lessons we can learn from Josh Richards include, that two is better than one or in his case five or six.

Since moving in with fellow viral sensations Anthony Reeves, Jaden Hossler, Griffin Johnson, Bryce Hall, and Kio Cyr; and forming the ‘SWAY HOUSE’ -the group has collaborated together and are literally everywhere be it on TikTok or Instagram, earning a massive clout and popularity.

He is a businessman at his core, and seizes opportunities. Josh Richards surged to fame on TikTok, but his next power-play is happening with Triller. Richards is a formal investor in the US-based Triller, which is gaining steam over rumors of a TikTok ban.
In 2020 he said that the ongoing backlash against TikTok became the primary reason for his switch. He said in a statement

“After seeing the US and other countries’ governments’ concerns over TikTok – and given my responsibility to protect and lead my followers and other influencers – I followed my instincts as an entrepreneur and made it my mission to find a solution,” “I am proud to announce that I am formally an investor in Triller and will serve as their Chief Strategy Officer.” 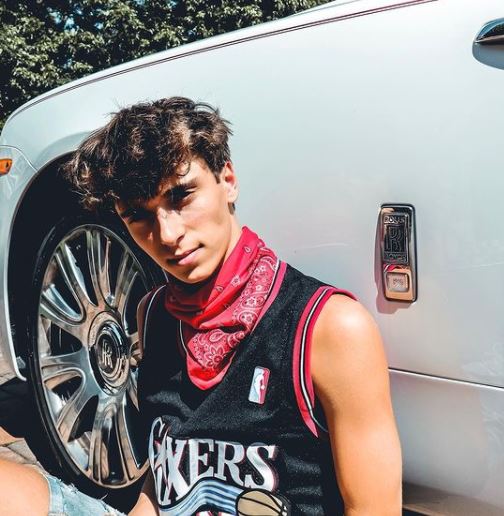 What does Josh Richards do now?

Josh Richards is continuously working on new and innovative content and posting throuout her different media channels.
According to Forbes he is currently focusing on opportunities for Triller.

Where can I find Josh Richards on social media?

Josh Richards is active on most social media platform including

Josh Richards is active on Instagram where he has over 7 million followers.

Josh Richards can also be found on Twitter where he has 1.9 million followers.

Josh Richards has his own YouTube channel where he currently has 2.44M subscribers.

His most popular videos is a series he calls “TeaTalk,” tea being slang for hot gossip. Much of it is about who is dating who among TikTok’s insular cache of celebrities, including Richards’ own relationships.

Josh Richards is one of the most followed TikTok creators, currently boasting 24 million followers.