Jacob Sartorius is a singer and public figure known for his wild success on social media, but how much do you know about his lifestyle, childhood, personal details and his net worth? Have you ever wondered how much Jacob Sartorius net worth is?

Jacob who emerged as an online artist posting videos of his vocals on social media platforms, has amassed millions of followers while also making quite the fortune for himself.
Want to know more about him? Keep scrolling down and let’s see what more we can learn about the young musician.

He first gained mainstream attention on musical.ly through his lip sync videos of popular songs.

He posted his first video to Vine on August 17, 2014, but didn’t begin posting regularly until February of 2015. The first video was static and was a message against bullying.

He released his third single, “All My Friends,” on his 14th birthday.

In 2017, he launched a secondary YouTube channel to vlog his life called Life of Jacob.

Jacob has been able to garner RIAA gold status for his singles “Sweatshirt” and “Hit or Miss” featuring Blackbear.

Prior to his 2017 releases, ‘The Last Text’ EP and ‘Left Me Hangin’ EP In 2018 the singer embarked on a sold-out world tour, released the ‘ Better With You’ EP

In 2019 he released the EP ‘The Party Goes Harder’ 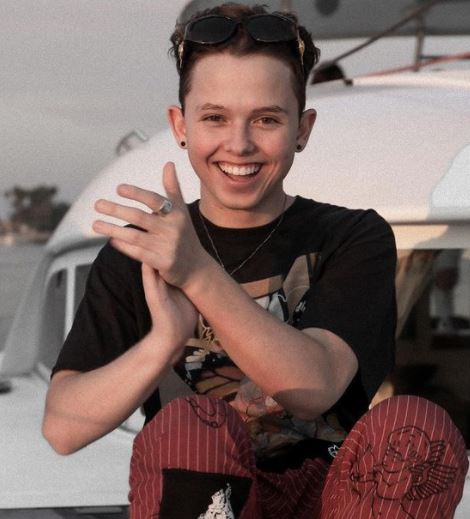 According to online sources, Jacob Sartorius net worth in 2021 is estimated at the $3 million mark. Not bad for a teenager.
He has made his money through sold out concerts, music sales as well as from his massive presence on social media through advertisements, YouTube, endorsements, and sponsorships.

During the early stages of his career, Jacob signed a recording contract with T3 Music Group. His debut single, Sweatshirt, saw the light of day in 2016, making its way into the Billboard Hot 100 and the Canadian Hot 100.

Jacob Sartorius talent can’t be ignored, so it wasn’t long that he landed a music deal with a major label.
Nowadays, Sartorius’ music is backed by the RCA records label. This has helped him with the backing that is necessary to perform and go on worldwide concert tours. He signed with RCA Records in 2017.
Many of his concert have been sold out. He’s appeared in Paris, France, Sydney, Australia, Los Angeles, California, New York City, and several other venues where fans are delighted with his music and his unique style.

Jacob who also writes his own material makes him a great asset to his record label and it helps in establishing his uniqueness in the music industry. 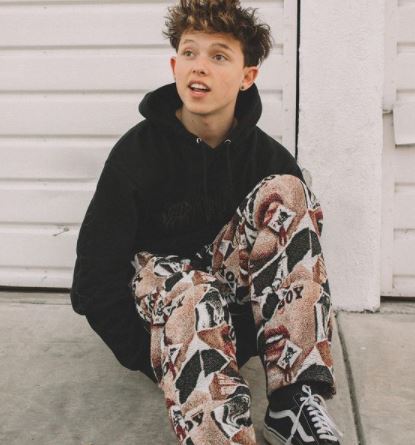 Jacob owns a home in Los Angeles. He revealed on a tweet in 2019, that it had been a dream of him to move to California since he was 10.

The details about his property have not been disclosed.

In 2018, Jacob partnered with Be Strong, a non-profit organization dedicated to
stopping bullying across America.

Jacob is proactive in leveraging Be Strong’s easy-to-use tools and programs to help stop bullying. He also worked alongside Be Strong’s student-led programs to raise awareness of bullying as one of the top safety, health and social issues in the U.S.

He said at the time

“Like many of my fans, I have also experienced some form of bullying therefore it’s important to me to use my voice in support of the fight against social injustice. I have always tried to spread positivity with everything I do and now in partnership with Be Strong I can continue to help with great work that they have done to spread the message of empowerment,”

Born in Tulsa, Oklahoma, on October 2, 2002; Jacob Sartorius was adopted and raised in Virginia.
His social media is managed by his mother. His mom appeared in his Vine videos. He has an older sister named Caroline, and a cat named Prince. His birth name is Rolf Jacob Sartorius. Rolf is also the name of his father and grandfather.

Jacob has been vocal about having to switch to 3 different schools in 2015 due to bullying and harassment from other students.
Before his singing career, Jacob was interested in acting. His parents enrolled him in acting classes at the age of 8 and soon after, he began performing in community theater productions.

Jacob Sartorius started acting in musicals at age 7, where he found his interest for performing. In 2014, Sartorius transferred his first online video to Vine at 11 years of age. 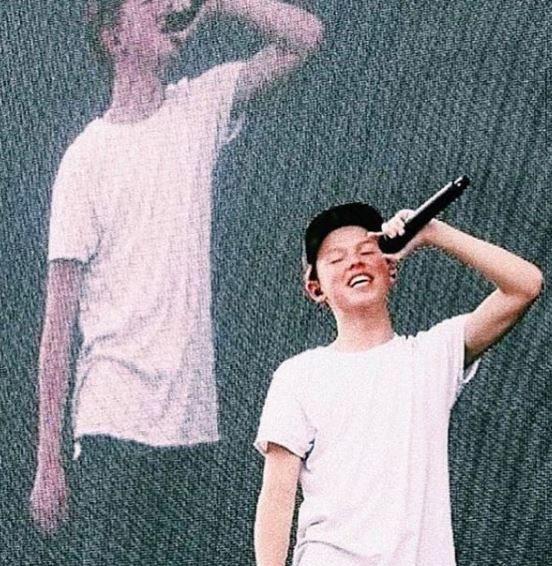 Is not clear if Jacob is currently in a romantic relationship. He was recently linked to singer Baby Ariel who later stated that she was just friends with Jacob Sartorius.

That said, the famous musician is no stranger to the dating scene. He’s been in a couple of relationships already. 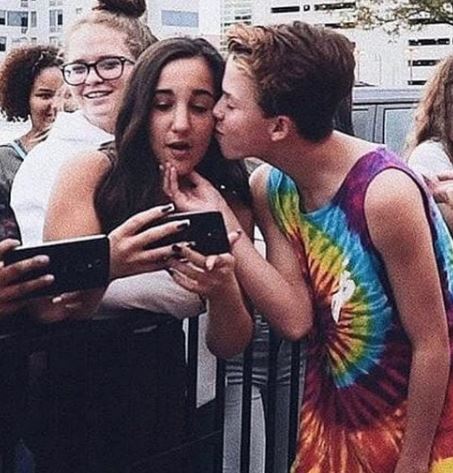 He dated Stranger Things star Millie Bobby Brown for about half a year starting in late 2017.
The couple shared cute details of their dating life on social media. A picture of Millie where Jacob is seen giving Millie a piggy back around town gained over 2.5 MILLION likes within 24 hours on Instagram. Later, the duo reportedly split stating things did not work out for them.

In addition to Brown, Jacob has also been romantically linked to Jenna Ortega and Maddie Ziegler. 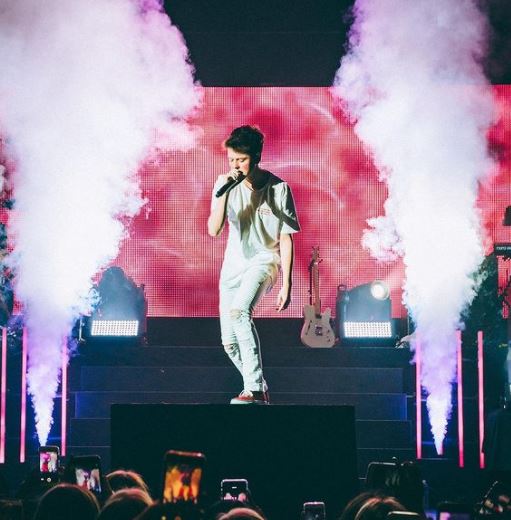 Jacob Sartorius is considered an all-around entertainer, musician, actor, and social media force seamlessly evolved from online stardom to mainstream ubiquity by following a path of his own. With an irresistible voice and magnetic charisma Jacob Sartorius has built an undeniable and unique connection with millions of fans worldwide.
He’s been recognized with a cover on Billboard Magazine and has also received the praise of Seventeen magazine, The New York Times, Billboard and more. In addition, he’s been nominated for the People’s Choice Awards, Kid’s Choice Awards, and Teen Choice Awards.

Jacob Sartorius has revealed in the past that he loves playing board games with his family. Other toys he can’t live without include his skateboard.

He considers ‘The Truman Show’ to be the best movie of all time.

Didn’t know I was falling ’til I hit the ground. Yeah, you caught me by surprise. But I can’t control these butterflies I got, no. Couldn’t catch ’em if I tried.

You’re my last text, my first love, my day one girl, my heart beat, my whole wide world, yeah, my best friend, perfection, my everything.

I know I like you and we can call this history. So if you liked me too, would you still keep it a mystery?

I miss your smile when you brush the hair off your face.

Jacob posted his first video on 17th August 2014, sending a message against bullying.
After experiencing bullying at a young age, Jacob has managed to come out the other end.

Seeking help is important and in 2019, he revealed that he has been undergoing therapy since he was only eleven years old. Furthermore, ‘The Sweatshirt’ singer also revealed that he is taking anti-depressants.
The internet personality revealed that his depression is a long-term disorder. Following Sartorius’ devastating revelation, his fans took screenshots of his stories, and tagged him in motivating wishes.

Jacob has also been brave in standing up for what he believes in. Back in 2018, he attended the Los Angeles March for Our Lives protest and spoke at the event.

What does Jacob Sartorius do now?

The 18-year-old keeps as active as ever as a musician, actor and entertainer. Most recently in 2021, he relased the single, ‘youtube & bbq chips’

Where does Jacob Sartorius live now?

Where can I find Jacob Sartorius on social media? 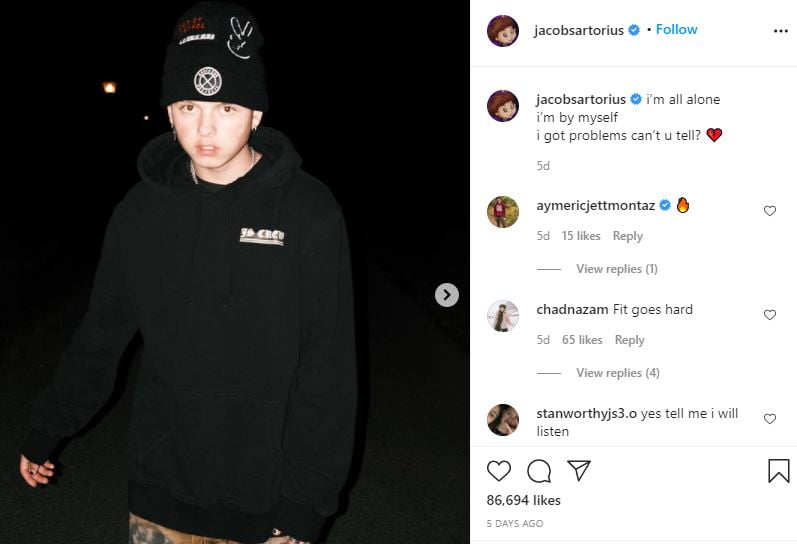 Jacob Sartorius is active on Instagram with over 9.3 million followers.

Jacob Sartorius is active on Twitter where he has 1.6 million followers.

Jacob Sartorius can also be found on Facebook with nearly 2 million followers.

Jacob Sartorius has his own YouTube Channel with 3.04M subscribers

Jacob Sartorius has a website that features his music as well as branded merchandise that is for sale online.
He has a Christmas collection available which includes hoodies featuring the Rolf brand name.
On his website, you can also check out other cool items such as phone cases to sweatshirts, pants, tee shirts, beanies, posters and more.