Gary Vaynerchuk, is an internet personality, entrepreneur, consultant and CEO who is worth millions.

Gary has enjoyed major success for years, he is well known as ‘Gary Vee’ and is the founder of Resy and Empathy Wines, as well as media companies, VaynerMedia and VaynerX.
He has become extremely popular across several social media platforms and is also, an author and sought after public speaker on the subjects of social media, brand building and e-commerce. 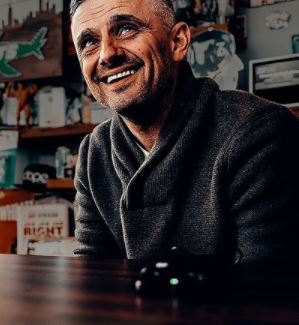 Gary Vaynerchuk Net worth timeline begins in the 90’s after getting his start as the co-owner and director of operations of a wine retail store.

By 2003, he managed to successfully grow the business from $3 million a year in revenue to $60 million.

In 2011 he debuted with the podcast called The Daily Grape. He announced he was stepping down from the wine business to build VaynerMedia.

Vaynerchuk is also the chairman of VaynerX, a communications company that holds media properties and technology companies including Tracer, a media and creative agency.

By 2019 VaynerX employed 800 people and was generating $130 million per year in revenue.

He is also the co-founder of Empathy Wines, which was acquired by Constellation Brands in 2020.

According to online sources, Gary Vaynerchuk net worth in 2021 is estimated at $200 million.

Through his media companies, Gary has worked with some of the largest brands in the world including GE, Mondelez and JP Morgan Chase. 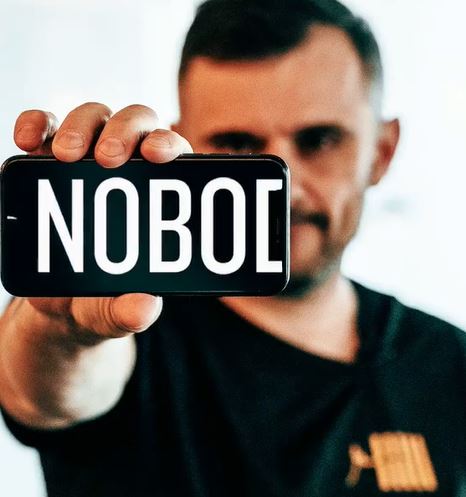 In addition to owning several companies, Gary is a Partner to: 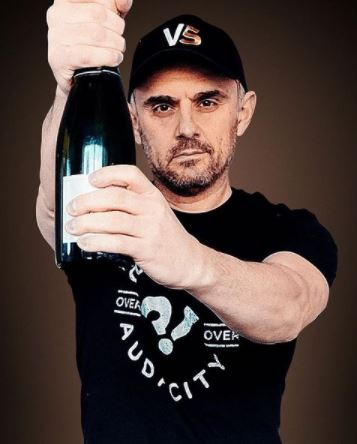 His books include: Gary Vaynerchuk’s 101 Wines: Guaranteed to Inspire, Delight, and Bring Thunder to Your World (2008), Crush It!: Why NOW Is the Time to Cash In on Your Passion (2009). In his book, Gary reveals his core principles on media, marketing and communications.

The Thank You Economy (2011), Jab, Jab, Jab Right Hook (2013), #AskGaryVee: One Entrepreneur’s Take on Leadership, Social Media, and Self-Awareness Hardcover (2016), and Crushing It! How Great Entrepreneurs Build Their Business and Influence—and How You Can, Too (2018).

Gary has been featured in numerous publications such as “The New York Times”, “The Wall Street Journal”, “GQ”, and “Time”
He also has been invited to appear as a guest on “Late Night with Conan O’Brien” and “Ellen”.
In the July 2009 Decanter publication of “The Power List” ranking of the wine industry’s individuals of influence, Vaynerchuk placed at number 40, citing that he “represents the power of blogging”.
In November 2019, Gary appeared on Jimmy Fallon’s “Tonight Show” to coach the host on wine drinking tips.

Gary Vaynerchuk was born November 14, 1975, in Babruysk, Belarus, at that time part of the Soviet Union.
He is the son of Tamara and Sasha Vaynerchuk. He has one sibling, a younger brother known as AJ Vaynerchuk, who is also a businessman. 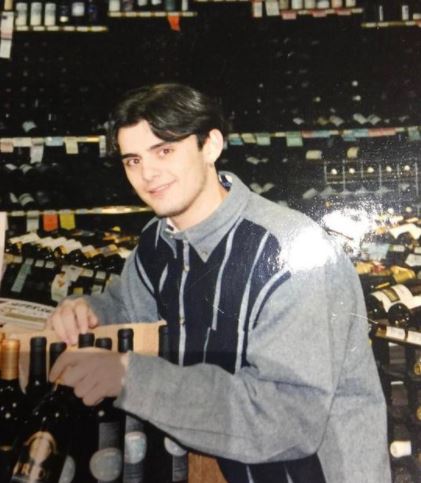 Vaynerchuk’s family immigrated to the U.S. in 1978 when he was just three. They settled in the New York borough of Queens. Gary later moved with his family to Edison, New Jersey. At age 14, Vaynerchuk joined his family’s retail-wine business. He graduated from North Hunterdon High School in 1993. He has a degree from Mount Ida College.

In the late 90s, after identifying “the internet” as a land-grab opportunity, Gary transitioned his father’s local liquor store into one of the first wine e-commerce platforms resulting in growing the family business from $3-60MM in sales during a 5-year period.

During his time in the family business, Vaynerchuk also started one of the first long-form episodic video shows on YouTube in 2006 called WineLibraryTV, filming 1,000 episodes over a 5-year window. 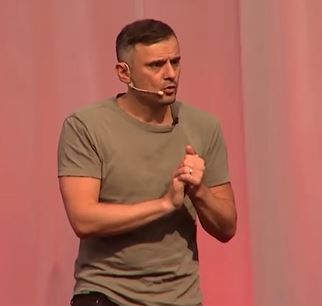 Gary’s wine knowledge, charisma, and uncanny ability to engage with his community landed him appearances on national television with Ellen Degeneres and Conan O’Brien, as well as establishing him as one of the most followed people on social media during its nascent years.

Not only did Gary leverage content creation and the rise of social media for his personal brand, but it was the seed which would become the pillar to his now 9-year old advertising agency VaynerMedia, servicing brands with an ever-expanding variety of offerings.
He also created VaynerX, a modern-day media and communications holding company.

He often appears on DailyVee, an online documentary series and is the host of The GaryVee Audio Experience podcast.
Gary also appeared as judge in Apple’s first original series “Planet of the Apps” alongside Gwyneth Paltrow, Jessica Alba and Will.i.am on

Vaynerchuk is also a philanthropist. He’s a big believer in giving back to society; that’s why he participates in a variety of charity programs to help uplift those in need.
Gary plays an active advisory role in Ad Council—a not for profit advertising organization, Pencils of Promise—an organization that helps educate children, as well as CharityWater—which strives to provide people with access to clean water.

Well known for his skill in building businesses, Gary Vaynerchuk is an entrepreneur, motivational speaker and Internet personality. When he graduated from college, Gary converted his family’s wine business from a $3 million into a $60 million enterprise in only 5 years.
Nowadyas, Gary runs his own digital media agency known as VaynerMedia. Alongside this, Gary is an angel investor and renown venture capitalist. He has holdings in successful tech companies such as Tumblr, Uber, Facebook and Twitter. Moreover, he has founded an investment fund worth $25 million that is known as VaynerRSE.

Wondering how Gary Vaynerchuk does it? Well here are some of his podcast setup steps that can get you on your way. 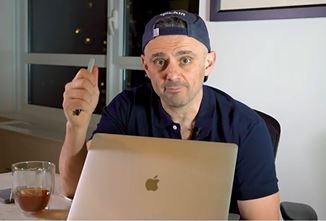 1. IDEA & OUTLINE
Once you have a topic in mind, before you jump in and start to record, take some time and think about how you want your show to flow.

2. THE SOFTWARE
The absolute easiest way to start a podcast if you have a smartphone is an app called Anchor. Anchor is a relatively new app that lets you create a podcast with just a few clicks, but it’s also more than just a podcasting app.

3. THE GEAR
Your cell phone is a good option for recording, but if you’re thinking about becoming serious, higher quality audio is always much, much nicer to listen to. If you’re on the hunt for audio recording equipment, this is a great example of a starter kit, and it’ll allow you to record with up to two microphones at a time. You’ll record directly to your computer from the Focusrite interface using the two Audio Technica mics.

An alternative to the Focusrite interface would be this Zoom H4n, which records to an SD card instead of a computer. You’ll plug the mics directly into it, and then put the SD card into your computer to get the raw files off after recording.

4. RECORDING & EDITING
Audacity is my favorite free audio recording and editing software, but you can also use GarageBand if you have an Apple computer, or Adobe Audition if you’re rolling with Creative Cloud.

Among Gary Vaynerchuk ventures we find many, the man who is a serial entrepreneur and regarded for his skill in building successful businesses, has done it all.

Gary Vaynerchuk is the chairman of VaynerX, a modern-day media and communications holding company, and the active CEO of VaynerMedia, a full-service advertising agency servicing Fortune 100 clients across the company’s 4 locations. 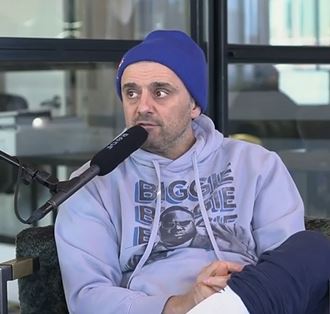 Outside of being the Chairman and CEO of his own companies, Gary is a highly sought after public speaker.
Did we mention that he is also a prolific angel investor with early investments in companies such as Facebook,Twitter, Tumblr, Venmo, and Uber.

Gary is currently the subject of DailyVee, an online documentary series highlighting what it’s like to be a CEO and public figure in today’s digital world, as well the host of The GaryVee Audio Experience, a top 50 global podcast, and host of #AskGaryVee, a business and advice Q&A show which can be found on both YouTube and Facebook. 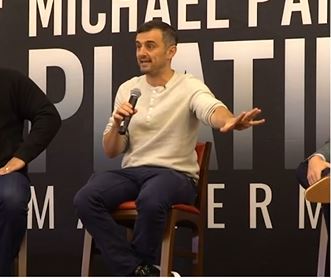 In total he owns VaynerMedia, VaynerX, PureWow, Gallery Media Group and ONE37pm, which is a men’s lifestyle brand.

GaryVee can afford certinaly afford a long list of cars and most likely he has many cars. He is apparently a big fan of the Audi R8 -which he drove on “Online Marketing Rockstars” conference in Germany.

Gary Vaynerchuk dedicates a lot of his time sharing his wisdom about businesses and life in general.

Notable lessons we can learn from Gary Vaynerchuk include

Have passion for what you do
In life, you can choose to be either positive or negative. If you want to be successful, the best option is to be positive. People love to hang around those who have positive energy. It really does not matter what you are talking about when you pitch an idea. As long as you are positive about it, your audience will love it and support you. Gary indicates that being passionate is a quality that is respected by everyone. Therefore, make sure that you adopt it as early in your career as you can.

Be proud to be an entrepreneur
Long ago, entrepreneurs were seen as the people who scored low grades in school and did not have jobs. So they resorted to doing business to sustain themselves. Today, the mindset has changed. Entrepreneurs are the ones shaping tomorrow today.
Gary indicates that being an entrepreneur is a gift and a mindset that not everybody has. Therefore, if you are one, be proud of your uniqueness and embrace it. 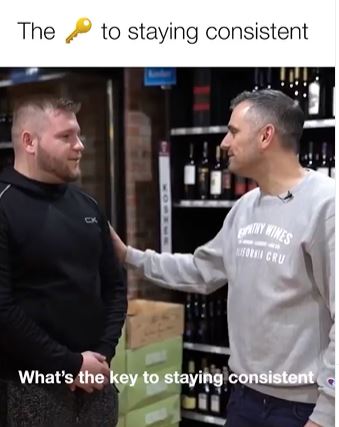 Work very hard
There is no shortcut to success. you have to work very hard to achieve success in anything. If you want to make it in life, you have to go beyond your 9 to 5 job. You must go that extra mile so as to enjoy the life you have always dreamed of. To make the process of working hard more rewarding, it is best to do some work that you actually enjoy. Find something that you are passionate about and then do it.

Focus on your hustle
Many people spend countless hours debating the source of success. It is actually quite simple. All that you have to do is focus on your own hustle as much as you possibly can. Your way of making money may not be as interesting or flashy as that of the next person. However, it is what you are capable of doing. It is your unique asset and you should work on it as much as you can. Every minute that you are not hustling, you are losing out. It is good to have talent but focusing on your hustle can make you outshine everyone else. 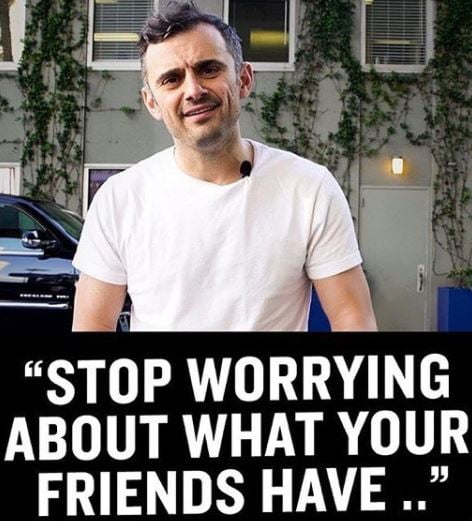 “You need to spend all of your time and energy on creating something that actually brings value to the people you’re asking for money!”

“We only get to play this game one time…one life.”

“A penguin cannot become a giraffe, so just be the best penguin you can be.”

“Relationships are leverage. If you give value to someone else first, you have leverage.”

“There’s not a single winner on the earth that took it easy.”

Where does Gary Vaynerchuk live?

Currently, he lives in New York with his wife Lizzie and their two kids, but photos of their home are not available to the public.

What does Gary Vaynerchuk do now? 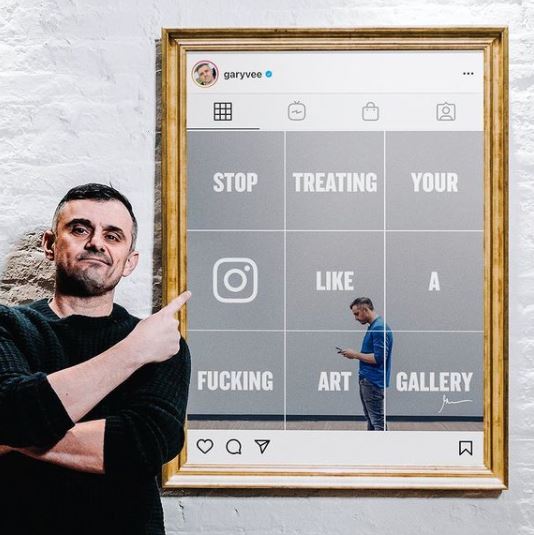 Gary Vaynerchuk is continuously working on new and innovative content and posting throughout his different media channels.
He recently founded a new company, BRaVe ventures, which is a collaboration between him, David Beck and Jesse Redniss—two popular TV influencers.

The main goal of Brave Ventures is to help Startups and Tv networks succeed in an ever-changing digital world.

Where can I find Gary Vaynerchuk on social media?

Gary Vaynerchuk is active on most popular social media platforms including

Gary Vaynerchuk is active on Instagram where he has over 8 million followers. 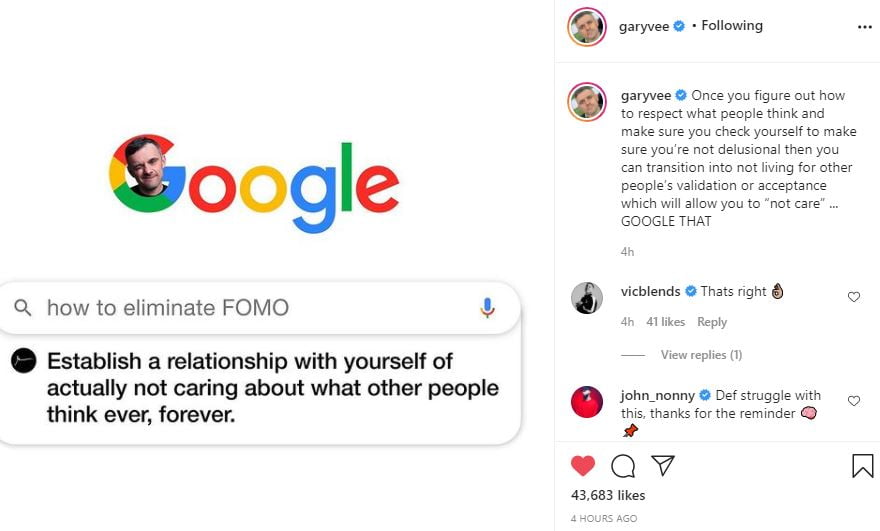 Gary Vaynerchuk is active on Twitter where he has 2.3 million followers.

Gary Vaynerchuk can also be found on Facebook with over 4 million followers.

Gary Vaynerchuk has his own YouTube channel which he began in 2007. He currently has 3.02M subscribers.

You can also check out his website and find his blog, podcast, events and other info.