Wissam Al Mana and Janet Jackson are currently expecting their first child together! The famous singer announced recently that she would be postponing her tour to, ‘start a family.’

Jackson who has been married twice has no children and is currently expecting for the first time at 49-years-old. The “Rhythm Nation” singer secretly tied the knot to her third hubby, Al Mana in 2012 and confirmed the news in 2013.

Janet Jackson was previously married to singer, James DeBarge and later to second husband, Rene Elizondo Jr. So, who is Wissam Al Mana?

Well, let’s just say between Janet and Al Mana, their kid will have a more than comfortable life. Al Mana, 41, is a Qatari businessman with a list of accomplishments all his own. While Janet is, of course, well-known as the younger sister of superstar Michael Jackson as well as a talented pop and R&B singer in her own right –her man has nothing to envy on her.

Wissam who is said to be an extremely private person, told Entrepreneur in 2014 — he manages 55 companies and is reportedly worth $1 billion. He owns the namesake company, Al Mana, with his two brothers, and their venture operate in eight countries, from Saudi Arabia to Oman to Ireland, and span fashion, media, engineering, and real estate. He is the son of Saleh Al Hamad Al Mana and his brothers are, Kamal Saleh Al Mana and Hisham Saleh Al Mana. 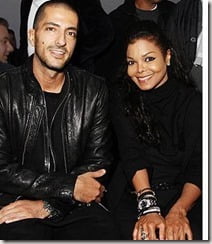 The couple has been dating since at least 2010. Wissam Al Mana said of Janet in an interview “a very special and talented woman who never ceases to amaze me.

Al Mana revealed his father died when he was still very young. At that moment he felt the need to continue with his legacy of being a ‘merchant.’

Congrats to the couple on the news of their baby bump.