Miles, best known for his stage name Lil Yachty, released a new single and fans couldn’t be more excited.
The 22-year-old has been quiet since the release of his 2018 album, Nuthin’ 2 Prove, but comes fresh with a new single called Oprah’s Bank Account, featuring Drake and DaBaby.

Born August 23, 1997; the Mableton, GA native has been around in the music scene since 2015. The singer, songwriter and rapper was also a model at Kanye West’s Yeezy Season 3 show.
He gained recognition for songs such as 2016’s One Night and Minnesota off his debut EP Summer Songs. Lil Yachty scored his first platinum single with One Night. He was also nominated for a Grammy via DRAM’s Broccoli, on which he was featured.
Two years later he had a pair of Top Five albums with Teenage Emotions (2017) and Lil Boat 2 (2018).
Teenage Emotions, peaked in the Top Five of the Billboard 200 and Top R&B/Hip-Hop Albums charts. Among Lil Boat 2’s higlights we can mention PnB Rock, YoungBoy Never Broke Again, and Trippie Redd. 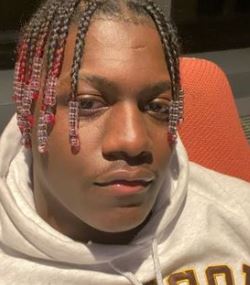 Since then, Yachty who has also collaborated creatively with Nautica, has followed with singles Kryptonite, Go Krazy, Go Stupid, and Live Forever.
At 22, Yachty who seems to have figured out how to please his audience, is also quite the ladiesman. Back in 2016, he was romantically linked to India Westbrook for whom he was said to have beef with Soulja Boy.
Lil Yachty was also in a relationship with model, Rubi Rose. Though he’s been in a couple of relationships there’s probably a few others we have no idea.

Last year however, he appeared on The Real and said he wasn’t seeing anyone. Could that have changed by now? He also went onto reveal on the show he likes someone that “can really understand and accept his flaws.”

So far no official girlfriend for now. Check him out on Instagram here.