Toi-Lin Kelly is the girlfriend of former rap mogul turned murder suspect, Suge Knight. Things are not getting exactly easy for Suge Knight who is currently being charged with running over two men, killing one, outside a Compton burger stand in January 2015.

Knight ran over two men outside a Compton, California, burger stand in late January 2015, killing one and seriously injuring the other. He later turned himself in to police, and his attorneys have contended that he was fleeing armed attackers when he ran over the men.

He is being held on $10 million bail and has pleaded not guilty.

Girlfriend, Toi-Lin Kelly called the new court ruling, “It’s absolutely not fair,” She told the Daily News. “His rights were taken away with no explanation.”

Toi-Lin Kelly who is also described as his fiancée, expressed her frustration at the fact that, Suge used to play with their son, saying the 50-year-old would also take him to school. Toi-Lin Kelly is the mother of the couple’s six-year-old son.

She said her son was allowed to visit and to call his father but that can’t no longer be possible. Toi-Lin Kelly herself had been barred from visiting Knight due to an earlier protective order but successfully pushed for his access to their son and spiritual advisors last year. 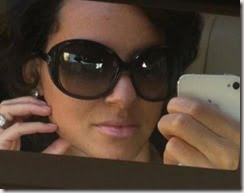 She revealed Knight already had few privileges inside, saying when he has yard time, he cant really exercise.

Knight, 50, was a key player in the gangster rap scene that flourished in the 1990s, and his Death Row Records label once listed Dr. Dre, Tupac Shakur and Snoop Dogg among its artists. He lost control of the company after it was forced into bankruptcy.

He faces potential life sentences if convicted in either case because of prior convictions for armed robbery and assault with a gun. He is back in court, later this month.

Not much more is known about Toi-Lin Kelly but one thing is for sure, she has believed in his innocence since day one.