Kelsey’s 32-year-old husband recently revealed he has an inoperable brain tumor and is currently undergoing chemotherapy and radiotherapy.
Parker who suffered unexplained seizures, was diagnosed with stage four glioblastoma and doctors sadly informed him, it’s terminal.

Tom Parker gained initial success and fame, in the early 2010s as part to The Wanted until their split in 2014. The boyband enjoyed a string of top five singles in the UK, including two number ones, while their 2011 track “Glad You Came” made it to number 3 in the US Billboard charts. However, the band was dissolved in 2014 in order to pursue individual projects.
In addition to music, Parker has done some acting; portraying as Danny Zuko in a touring production of Grease. He also appeared on reality TV and made it to the semi-finals of Celebrity Masterchef.

He and wife, Kelsey Hardwick were together for years prior to their nuptials on July 14, 2018. The two has been engaged since 2016. 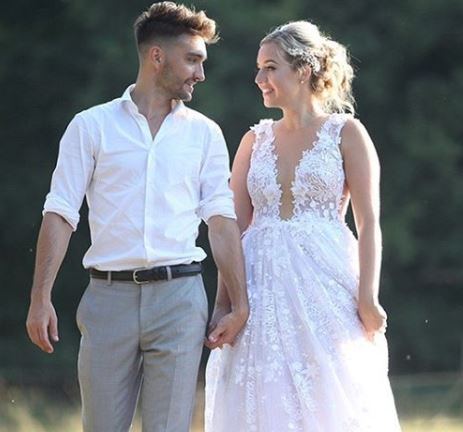 The couple welcomed their first child in 2019. Kelsey Hardwick gave birth to a daughter on June 30, 2019; whom the couple named Aurelia Rose Parker. Their daughter has her on IG page with over 5k followers, filled with adorable snaps. 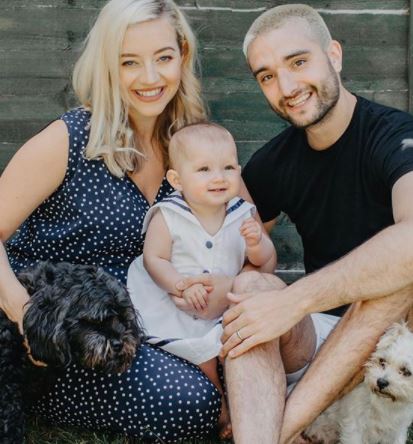 Kelsey is currently pregnant with the couple’s second child and is due in November 2020.

Kelsey Hardwick is also in the entertainment industry, the actress has had roles in films such as The Interceptor, Abducted and He Who Dares: Downing Street Siege. You may also recognize her as a Hogwarts student in the third Harry Potter film, Prisoner of Azkaban.

Born on March 7, 1990; the lovely blonde began dancing at the age of five and holds a performing arts diploma from Italia Conti.

She calls herself on social media ‘actress, business woman and working mum’
Along with friend, Kelsey Gallagher, she is the co-founder of K2K Stars -a Performing Arts School & agency based in Bromley. According to its website, Kelsey is trained in ballet, tap, modern, singing, acting, musical theatre, ballroom and Latin.
In addition, Kelsey has also created a community page for mothers called mammas2mammas -in which she focuses in a number of mom-baby topics such as teething.

Kelsey Hardwick is no stranger to fashion, as she is also the owner of a clothing store, Hey Dolly.