According to reports, the rap impresario and two others were shot early Sunday inside a packed West Hollywood nightclub; just imagine the shooting scene during a gangster movie where all the big names have gathered; knowing the 49-year-old this scenario is not something that would scare “the most feared man in Hollywood.” 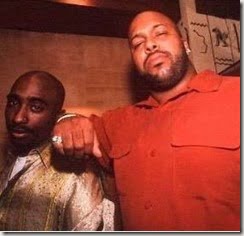 Marion Hugh Knight was born in Compton, California. His name, Suge, derives from “Sugar Bear”, a childhood nickname. He attended Lynwood High School in nearby Lynwood, California where he was a football and track star. He graduated in 1983. From 1983 to 1985, he attended El Camino College on a football scholarship.

In 1985, he transferred to the University of Nevada, Las Vegas, and played there for two years. After college, Knight was not drafted by an NFL team, but was cut during training camp by the Los Angeles Rams. However, he became a replacement player during the 1987 NFL players’ strike, and played two games for the Rams. Later, he found work as a concert. 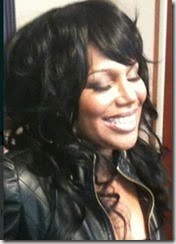 Suge was married to R&B singer and reality television star, Michel’le Toussaint in the late 90’s. She is perhaps most famous for having a child-like squeaky voice and for her past relationships with both Dr. Dre and Suge Knight.

She was Dr. Dre’s girlfriend and had a child, and then she was Suge Knight’s wife.
She was born in 1970 in Compton, California and in July 2013 became one of the newest cast members of the reality TV show “R&B Divas: LA”. Her self-titled first album was released on Eazy-E’s Ruthless records in 1989. The album, which was produced by her boyfriend at the time Dr. Dre, eventually sold more than 2.7 million copies worldwide. She and Dr. Dre had a son together named Marcel.

Michel’le was later signed to Death Row Records and eventually married the company’s founder Suge Knight in 1999. The couple produced a child, daughter Balei who was born in 2002.

Earlier this year we told you about his ex-girlfriend, gorgeous 37-year-old Stormey Ramdhan. The mother of 2 of Suge’s kids wrote a book telling what it was like to be with the former Death Row Records CEO. She describes herself as a “Mother, Author, Entrepreneur, and aspiring TV Host.” In fact during an interview for TMZ she said Tupac Shakur was actually one of her kid’s godfather. The death of the legendary rapper is one of the many things Stormey talks about in her book. 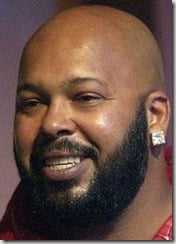 Recent events indicate Suge was injured during the shooting but according to witness, 25-year-old singer Chris Brown had been the target of shots fired at the 1OAK club in West Hollywood. Brown was thought to be unhurt but instead three others were taken to Cedars Sinai Hospital.

The Black Kapital Records CEO Knight was said to have walked out of the club, where he was spotted by a police officer and taken to hospital by ambulance, the Daily Mail reports.

The legendary producer is believed to have gone under surgery after reportedly being shot twice, injuring his stomach and arm. Other reports say he could have received up to six bullets, 1 in the arm and five in the stomach.

Keep posted as we bring more updates about his condition.