Stephen Rezza is the producer boyfriend of late singer, Christina Grimmie. Though Rezza and the Voice singer never went public with their relationship, it’s pretty clear, through their social media snaps, they were together.

Christina Grimmie first rose to fame on YouTube, amassing a near 3 million subscribers world wide. And then in the sixth season of NBC’s singing talent show, “The Voice” when her chill-inducing performance of “Wrecking Ball,” on the NBC show, beckoned a four-chair turn around.

The New Jersey native went on tour with other Voice singer’s in 2014 and on her first European headline tour, in 2015.

Recent reports about her tragic death, have revealed Grimmie’s killer was obsessed with her to the point of getting hair transplants, Lasik eye surgery and even turning vegan to shed pounds and become worthy of her affection. According to Kevin Loibl co-workers he went above and beyond with his infatuation for the Voice singer hoping one day to become her husband.

Loibl’s obsession turned violent last Friday when he shot and killed the emerging singer after a concert in Orlando. He fatally shot himself after wounding Grimmie, who died the next day.

Kevin is said have become enraged after seeing a photo of Grimmie with another guy. It is believed he saw a picture of Stephen Rezza with the 22-year-old singer. 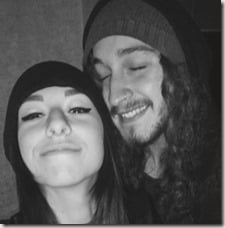 Stephen Rezza posted a tribute to his gal, captioning a photo of Christian that reads “I love you Stephen Rezza” he wrote:

Still waiting on snaps from you. Trying to stay strong. You visited me in my sleep & told me not to worry. I know where you are and I can feel you here right now. I get chills randomly in the day and I know you’re with me. Today you would’ve been practicing with a live band, preparing a whole new set for the shows in SF and LA. I was gonna be there. Today I will be working on this song in your honor. I love you, Christina Grimmie. 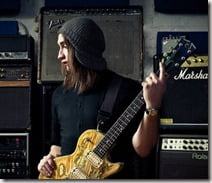 Stephen Rezza  is described as a Singer and Producer for Jim Henson studios  and has also worked at Warner/Chappell. Clearly devastated about Grimmie’s unexpected death, Rezza also changed his Instagram bio adding: “Carrying out the rest of my life in honor of Christina’s legacy.”

Stephen Rezza told ET during an interview Christina made a big impact on his life despite having met her for a brief period of time. He said the two first met in March and began working with her right away. They were together almost every day until her tour, “I did not get much time with her but we had a very strong bond” he said.