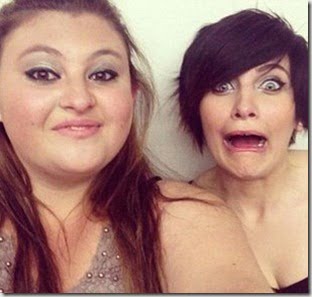 Michael Jackson’s daughter, 15-year-old Paris Jackson, was taken to the hospital on Wednesday after a suicide attempt. She had been under lots of pressure as she is being forced to defend her new-found relationship with her mother Debbie Rowe. The teen wrote on her ask.fm site:

“So i realized dat some ppl dont like my mom and im getting hateful comments about sayin obviously rude things about my mom and i won’t let that okay?”

“I am bonding good with her and like i said we are really strong relationship and nobody’s gonna stop me from that (: x yes Prince still isn’t ready idk why but he will meet her too (: i hope so no hate! xx.”

Jackson had revealed that she was back in touch with her mom, she wrote:

“So on my birthday, I hung out with my mom because of course, haven’t seen her since… a long time ago. So glad I bonded with my mother. It’s like we have this really strong relationship and did I mention, I kind of look like her. It was so amazing to see my mother after all these years. Love her.”

But then one critic said her mother just wanted to use her, to which Paris replied:

“Well *** are u messing in my life? Stfu im sick of ppl like u who are saying that! She wasn’t in my life around 15 years but now as i said we became close and i know that she wouldn’t use me cuz im her daughter kay?”

Jackson’s best friend, Sophie Jastrow, has made her comments on her friend’s near suicide revealing she was left shaking after hearing the news. She tweeted:

Paris posted pictures of her and Sophie together at Debbie’s California home last month, adding:

“Ok so I realized that Sophie became my best friend and i love her so much.”

Sophie Jastrow lives in Oakland. According to her Facebook profile, she is in a relationship. Sophie studied in Jenisch-Gymnasium school in Hamburg.