Marcia Johnson is the longtime wife of influential soul singer/songwriter, Bill Withers -widely known for hits such as Ain’t No Sunshine and Lean on Me.

It is a sad day for music, Marcia’s husband is said to have died of heart complications, according to a family statement. Withers was 81.

Born William Harrison Withers Jr. on July 4, 1938; the West Virginia served nearly a decade in the Navy which is why his start to the music world came late at the age of 29.
Bill, who learned to play the guitar between shifts at his job making toilet seats for the Boeing aircraft company, used his wages to pay for studio sessions in LA.
He recorded his first album in 1970, which earned him his first Grammy award the subsequent year. Bill who stopped recording in 1985, was nominated for a total of nine Grammys, taking home three of them.
He went onto write some of the 70s best-remembered songs, including Grandma’s Hands, Ain’t No Sunshine, Lean on Me, Use Me Up, Just The Two Of Us and of course, Lovely Day. 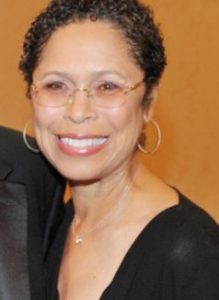 Bill is survived by his wife, Marcia, and their two adult children. He was first married to actress Denise Nicholas but the two divorced after one year in 1974; amid domestic violence reports.
Marcia who is his second wife, is the mother of the couple’s children Todd and Kori. The two were married in 1976, meaning they were husband and wife for 44 years.

Marcia Withers was born Marcia Johnson, she attended UCLA Graduate School of Management.
The spouse and mother of two became involved in her husbands business. She oversees career management for Bill and worked in the management of her husband’s Beverly Hills–based publishing companies, the Mattie Music Group in Los Angeles.
Marcia Johnson has been instrumental in the placement of Bill’s songs in countless films, television programs, and other media.
She previously worked for Management III and Concerts West. In addition, Marcia is also a supporter of several charities, and currently serves as a Board member of the Stuttering Association for the Young (SAY).