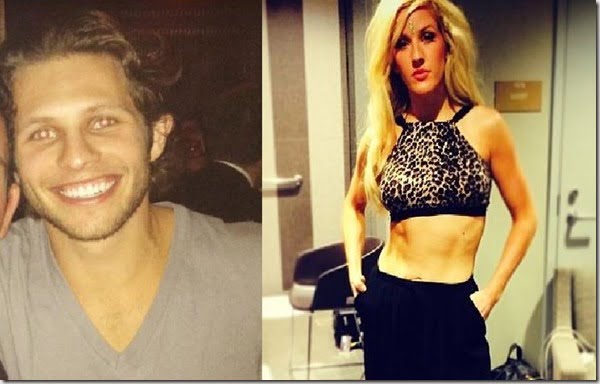 Have you met English singer-songwriter, Ellie Goulding’s boyfriend? Well, let us introduce you, his name is Sam Karl and he is a fitness instructor! Now we know who is the responsible for Goulding’s **** abs!

According to several news outlets, the alleged couple were spotted spending some quality time together at a beach in Miami, where Karl, 25 is based in!

Enjoying a romantic clinch in the water, Ellie and hunky Sam spent their time in the sun frolicking about, looking like a young couple head over heels in love with each other.

The snaps shows the couple smiling and just having a great time enjoying each other, she is used to date certain type but with fitted Karl she is out of her comfort zone and seems to be liking it! The blonde previously dated electronic musician Skrillex and War Horse actor Jeremy Irvine, has been single since her brief romance with McBusted star Dougie Poynter ended this year. 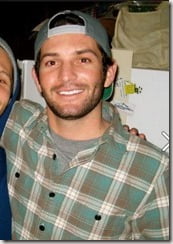 I had heard a lot about Sam’s class from other friends in Miami and decided to check it out.

I was dripping in sweat within 10 minutes and was never bored with the workout.  His music was awesome and he made the entire class push themselves.

I love an instructor that can motivate you, push you, correct your form and make you laugh- Sam does all of that!

He definitely has some fans! Sam specializes in Chest, Back & Abs and you just have to check out his washboard abs to know he means business at the gym.

We also were able to find Karl’s very first girlfriend! Her name is Jennifer Schwartz. Karl actually did something extremely nice for her; two years ago in 2012 he competed in the Publix Escape to Miami Triathlon to raise money for the Lymphoma Research Foundation, to show Jennifer she wasn’t alone in her fight against Hodgkin’s Lymphoma. You can read about it here and see a cute picture of them as kids.

This has scored Karl major points in our book at least! So I guess we give him our thumbs up on his relationship with The Burn hitmaker.