Régine Chassagne is the artist wife of Arcade Fire’s frontman, Win Butler. The husband-wife duo are both musicians and are both members of the Montreal independent band.

Regine’s husband comes from an artistic family. Born Edwin Farnham Butler III on April 14, 1980; the California native was raised in Texas. His younger brother, Will –is also a member of Arcade Fire.

His maternal grandfather was jazz steel guitarist Alvino Rey, a pioneer bandleader whose career spanned eight decades. Win’s maternal grandmother, Luise, was a member of The King Sisters, who starred in a weekly variety program on ABC called The King Family Show. His mother, Liza Rey, who also performed on the family TV show, plays jazz harp and sings.

Win Butler studied religion at McGill University and began his career in music while attending the school. In 2004 he graduated from McGill with a bachelor’s degree in religious studies. 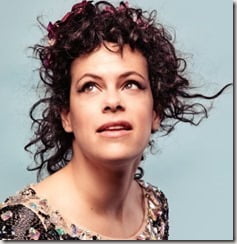 Like her husband, Regine is also a singer-songwriter and co-founder of Arcade Fire. The Canadian born is the daughter of Haitian parents who scape the 60’s dictatorship and made Canada their new home.

Born Régine Alexandra Chassagne on August 19, 1976, she attended Collège Jean-de-Brébeuf and holds a B.A. in communication from Concordia university.

Regine who’s passion is music, studied jazz at McGill University. She met her then future husband while attending the school and during a singing gig in the year 2000 –he asked her to join his band.

While she sang jazz at an art opening at Concordia, Win Butler spotted her and persuaded her to join his band. The two were married three years later.

The two have been married since 2003. Regine Chassagne and Win welcomed their first child in 2013. She gave birth to a baby boy on April 21. 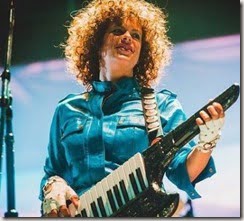 Arcade Fire has bee acclaimed by critics, the band has been nominated for multiple Grammys, and won Album of the Year in 2011 for The Suburbs.

Since the beginning of her career, Régine has used her voice to speak for Haiti. A song titled “Haiti” appeared on the first Arcade Fire album, Funeral, released in Fall 2004.

She is also the co-founder of KANPE with the goal of bringing the diaspora and friends of Haiti together to develop customized solutions to empower the neediest Haitian families to become autonomous.