Atlanta rapper, YFN Lucci got cut abruptly during a concert recently after a member of his security team had to fire gunshots to the air!

Reports say while at a Little Rock club, YFN Lucci allowed for a fan to hopped onstage but after a few seconds things got tense when the fan got too close to the rapper.

Lucci told TMZ, when the fan refused to leave, someone pushed him, and that led to a fist fight, which was broken up when a member of the rapper’s security fired 8 shots into the air. Talking about scary moments!

Meanwhile, a Bossip reporter stated that someone tried to snatch the rappers’ chain, which actually started the whole, epic club brawl. 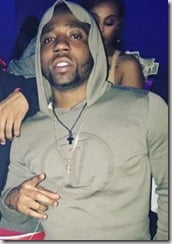 Born and raised in Atlanta, Georgia, Lucci was inspired by his older brother and rapper K, to pursue his music career. He is a close friend of fellow ATL rapper, Johnny Cinco who encouraged Lucci to take his talents seriously and get in the studio, his website states.

His collaborations with Johnny Cinco paid off and Lucci was signed to Atlanta’s fastest rising indie label in 2014.

YFN Lucci, put out an EP in June of last year titled “Wish Me Well” that was released by Think It’s A Game Entertainment, which also houses the music of Trinidad James and Rich Homie Quan.

In a past interview, the lyricists said he has musical influences from different eras of hip-hop, as well as rappers from various regions.

“I grew up listening to Tupac, [Lil] Wayne, Jay Z, Dipset, Ja Rule, The Hot Boys, T.I. and Jeezy,” said Lucci. “I’m real passionate about my music. I don’t just be rapping. I be really trying to make real things about my life, so folks can really get to know me … I just like telling the story, so folks can relate to it.” 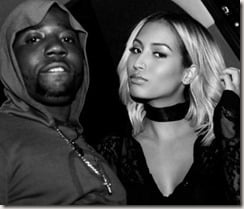 Lucci has toured continuously over the last months from Wisconsin to Miami, Charlotte to Houston.

YFN Lucci previously made headlines after he posted alleged text messages from Young Thug’s fiance Jerrika Karlae, the messages suggest that Jerrika has been cheating on Thug with him. As for Thug, reports say, he didn’t entertain YFN’s tweets that much.

Is YFN Lucci in a relationship of his own? Does he have a girlfriend at home waiting perhaps?

As for the bar fight, no injuries were reported.

You can check out YFN Lucci on Instagram here.