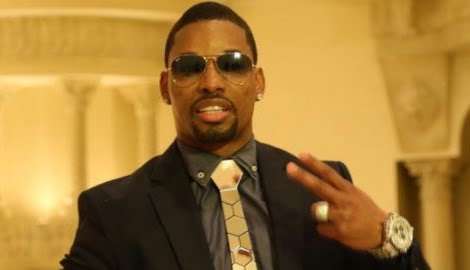 Juliette Gil-Brown is the ex-wife of Next singer, Raphael Brown –who is being sued by his current landlord on an alleged sum of $48,000 back rent.

This is not the first time the singer makes headlines on legal issues. You may recall he and his ex-wife Juliette Gil-Brown had a nasty split and last year, the singer was awarded sole custody of their children.

Back in 2014, Juliette Gil-Brown Juliette Gil-Brown claimed the former Next singer beat her on multiple occasions, even when she was pregnant and that he watched **** while his children were present. In response, Raphael filed a 250 page document calling her a violent, manipulative stripper. He denied the accusations saying “I never kicked her in her stomach when she was pregnant with our son, I never punched my ex-wife in the face, and I’ve never grabbed my ex-wife by her neck or pushed her to the floor.”

He gave a detailed description of events that went down between the couple, saying Juliette verbally attacked a female fan on Facebook, telling her to “stay the f*** off my husband’s page” … even though the fan is a cancer patient who enjoys his music.

Most recently in 2016, Raphael got custody of their son –after according to legal docs, Brown said his ex-wife, Juliette, abused their son and forcibly removed him from school. The former couple shares two children together including a 13-year-old son. Raphael is also the father of an 18-year-old son named Tyshaun Brown.

Although his problems with his ex might be over, the Multiplatinum R&B singer, who has over 500K followers on Instagram seems unable to stay out of drama –with his landlord claiming the singer is late on 5 months of rent.