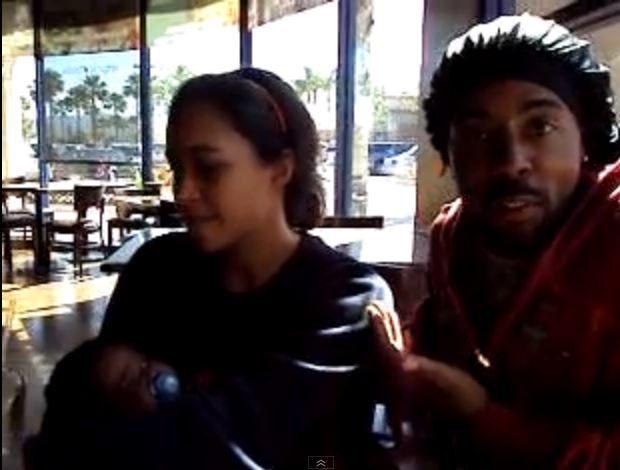 American rapper and TV reality contestant Ahmad Givens, has been diagnosed with stage four colon cancer and is currently in the hospital. Stage four generally means the cancer has spread to other parts of the body.

Ahmad, known as “Real”, is at Cedars-Sinai hospital in Beverly Hills receiving treatment while doctors find out what kind of treatment they’ll use, chemotherapy, radiation, or both, to fight his disease.

According to sources, 33-year-old Real first got sick in January with what he thought was the flu, but went back to the hospital al least four times where he was initially told that something was wrong with his liver. Last week doctors informed him it was colon cancer. Ahmad Givens is married to Racquel Givens, they have a 3-year-old son named Ahmad Elijah Givens. Real has been in five celebrity relationships averaging less than one year each.

California native Ahmad Givens was raised on an Arabian horse ranch in Northern California before moving to Los Angeles. His brother is Kamal Charles Given, also known as Chance, and both appeared on VH1’s “I Love New York” show, in which 20 contestants try to win Tiffany Pollard’s affection. In 2008, Chance and Real were announced by VH1 to be the hosts of a new but similar reality show, Real Chance of Love, where 17 women competed for the affection of the brothers over a series of 11 episodes.

Real, Chance, and a third brother, Micah, are in a rap group known as The Stallionaires, who for 16 years wrote, arranged and produced their own music.

In addition to his career in television and music, Ahmad has taken a special interest in the world of hair care, styling and products. Along with his hair stylist, Jovonna Morrison, he created his own line of hair products called Real Silk Hair Care Systems.