Orianne Cevey happens to be my hero today. You might know her as Orianne Collins, the third wife of iconic singer Phil Collins. Recent reports indicate the couple have allegedly gotten back together after they were divorced six-years-ago. At the time of their divorce Orianne received a whopping £25 million and was even remarried!

According to the Daily Mail, the ex’s have been living in together for the past six-months in Miami. The couple called it quits in 2007 after a 7-year-long marriage. They had been together for a total of 12-years. Their highly-publicized divorce resulted in Britain’s largest ever divorce settlement at the time.

According to an interview where the former Genesis star confirmed he is back together with Orianne, he said Orianne remarried but her husband didn’t like living in Switzerland  so they moved to Miami with her children. 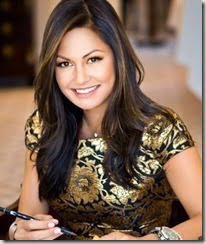 42-year-old jewelry designer was born in Nyon, Switzerland. Accoridng to her website Orianne Cevey who also goes by Orianne Collins Mejjati,  studied international Management studies and obtained her degree at the age of 19. She worked for a Capital Venture Company, as Marketing and Communication Manager. In the early 90’s she opened her own Communication and Events Company O-Com S.A.

Together with her husband, founded the Little Dreams Foundation in 2000.

By 2008 she had open 3 OC CONCEPT STORES in St-Tropez, New York and Courchevel. 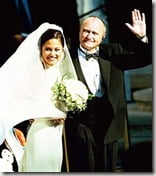 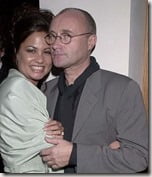 Orianne Cevey is the mother of two of Phil Collins’ children, Nicholas and Matthew Collins. She is also the mother of son, Andrea Mejjati from her marriage to second husband, Fouad Mejjati.

While Collins was already a father of three when they tied the knot in 1999. The hitmaker was first married to Andrea Bertorelli from 1975 till 1980. He fathered son Simon Collins and adopted Bertorelli’s daughter, Joely. His second wife is Jill Tavelman with whom he was married from 1984 till 1996. Together they are the parents of one daughter, model and actress, Lily Collins. 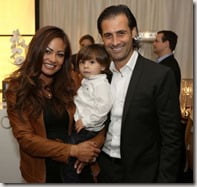 Collins also revealed after his third divorce he tried to fill the void with alcohol and pills which led him to near death after being diagnosed with acute pancreatitis in 2014. He revealed seeing his children worried about him made him get his act together and decided to move to the U.S to be near them. 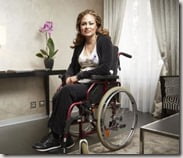