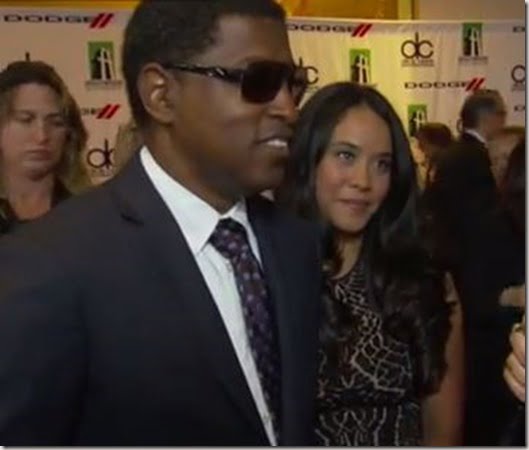 Nicole who served as his back-up dancer began dating him in 2007. In September 2008 she and Babyface became proud parents to the couple’s first child, a daughter, Peyton Nicole Edmonds. 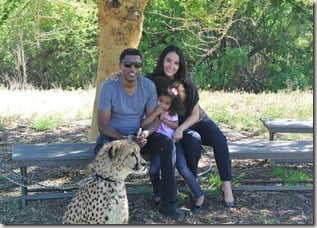 Nicole was born May 10, 1973 in San Dimas, California. She attended Chaffey High School in Ontario, California and Pierce College in Woodland Hills, California.

According to her IMDb, her work includes Ghosts (1997), Cedric the Entertainer: Taking You Higher (2006). The curvy mom of one was also tight with Janet Jackson back in the day when they use to be dancers. Her career transitioned into a part-time actress and professional dancer. Her dance skills helped her recently appear in a few films, mostly as a hot dancer. That filmography includes “That ’70s Show” and “Chasing Papi.”

Nowadays the 41-year-old appears to be enjoying the full-time mommy gig. 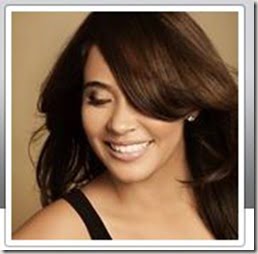 Back in February his rep confirmed the happy news, that he and Nicole –his long time girlfriend –were engaged to be married! Nicole’s beau first revealed the news to his Love, Marriage and Divorce collaborator Toni Braxton. “Would you ever consider getting married again?” To her surprise, Babyface replied, “I’ve already considered it. I’m engaged, so yes.”

This will be Babyface’s second marriage. He was previously married to businesswoman Tracey Edmonds for 13 years until their divorce in 2005. The exes share two sons, Brandon and Dylan.
This time Nicole’s man seems to be more than ready for marriage –and we are ready for some new expected inspiration for love songs –as he continued to share his acquired relationship wisdom to Braxton telling her,

In fact he is so ready to go through it not even the Sultan of Brunei will keep him from saying his “I do” to Pantenburg! TMZ reports the 55-year-old made a quick switch to a different venue in Bev Hills, after cancelling his big wedding bash at the Hotel Bel-Air owned by the Sultan. 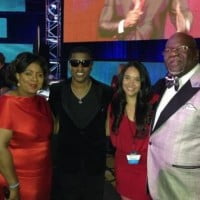 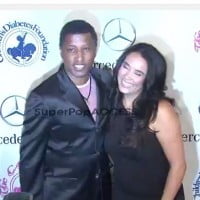 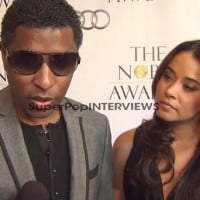 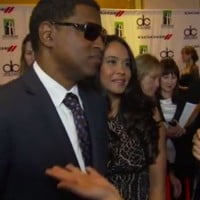 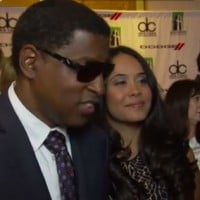