According to a 2012 article she works or worked with Canadian resto, MOTORINO ENOTECA –which won the second place in Vaughan’s Best Restaurant Contest.

In the article says Babochian has been around the restaurant business since she was a young girl. She said at the time about Motorino:

“We sponsored our chef from Italy,” “It doesn’t get anymore authentic than that.” Motorino only opened its doors a year and a half ago, and since then, has seen clientele fall in love with its cuisine.

Below there’s a picture of Motorino’s Staff with Nancy at the center in white. 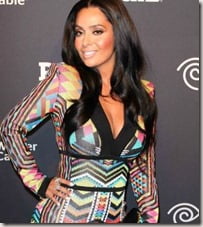 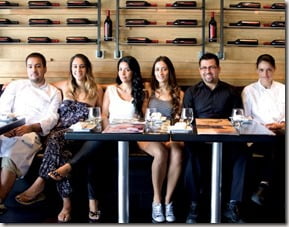 A few weeks ago the new power couple hit the red carpet for premiere of #PowerTV‘s season 2! Earlier this month they are said to have spent 50’s birthday together. On July 6th, the New Yorker turned 40 and sources close to the couple said they couldn’t be happier with each other and that they are perfect for each other.

It has been busy for the couple, who was also seen attending the premiere to the Spy film. Nancy was nicely styled for the events and looked like a red carpet pro next to her man.

If things got serious between the two of them, Nancy would become the step mom of 50’s 3-year-old son Sire Jackson –who was born on September 2012 to mom Daphne Joy. The rapper is also the father of 18-year-old son Marquise Jackson with former girlfriend Shaniqua Tompkins.

50 has had many relationships through the years including stints with actress Vivica A. Fox, comedienne Chelsea Handler and singer Ciara.

Nancy appears to be extremely private but is just a matter of time till we see her again.