Miles –who is the lead singer and bassist of New York City rock band “The Tangents” –apparently wears dresses and Susan herself gushed about it.

During an interview earlier this years she said about Miles: “My son Miles is a musician and a DJ,” “And sometimes when his band performs they all wear dresses, and he has long hair.”

According to the Huff Post, Miles’ mom has been a longtime supporter of The Trevor Project, a *******, gay, bisexual and transgender (LGBT) youth advocacy organization. 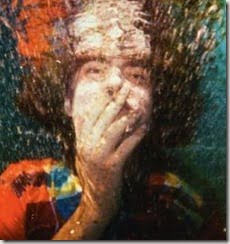 Miles is the youngest of Susan’s three children. His older half sister is 30-year-old actress Eva Amurri and he has one older brother, 26-year-old freelance filmmaker Jack Henry.

His Oscar-winner mother was married for 12-years to Chris Sarandon –hence her last name, that she kept as her stage name. Susan was in a number of relationships most notably the one with Italian filmmaker,Franco Amurri, with whom she gave birth to her first child, Eva amurri. And with actor Tim Robbins, the father of Jack and Miles.

He was born Miles Guthrie Robbins on May 4, 1992. He describes himself on Twitter: “Musician, Disc Jockey, Bipedal Monkey Child.” He currently resides in NY.