Michael Polansky is the new man in the heart of songstress and actress, Lady Gaga –real name Stefani Germanotta.

Michael Polansky and Gaga recently went Instagram official after she shared a photo of the couple embracing each other while in Miami. They apparently had a great weekend attending Super Bowl celebrations.
Polansky wasn’t intermediately identified and was named, her new mystery man. However, Page Six exclusively revealed his identity.

Gaga was engaged to Christian Carino she called off their engagement in early 2019. She then moved on with audio engineer, Daniel Horton despite fans believing she and co-star Bradly Cooper had something going on behind the scenes.
In 2018 Horton was hired to serve as her monitor engineer. They were caught locking lips while enjoying brunch at Granville restaurant in Studio City, California last summer. 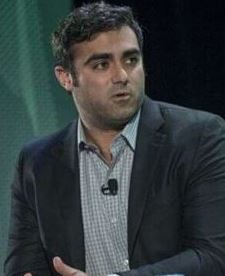 New guy, Michael Polansky isn’t just any mortal, despite his low key aspect and lay back personality, he is one of the smart and successful ones.

Though he may enjoy flying under the radar, Michael Polansky is actually an investor and tech entrepreneur. According to his LinkedIn profile, Polansky is a Harvard graduate and CEO of Parker Group, an umbrella organization for former Facebook president Sean Parker’s charity initiatives.
In addition, Michael Polansky also serves as a co-founder/executive director and board member of Parker’s Parker Institute for Cancer Immunotherapy, an organization with a mission to turn all cancers into curable diseases. He is as well a managing partner in Parker Ventures.
Polansky previously worked at Founders Fund alongside Parker and Peter Thiel. In 2013, he co-founded the bipartisan policy organization Economic Innovation Group (EIG), which also involves Parker.

He and the Oscar winner star were actually first spotted on New Year’s Eve in Las Vegas. It is believed the two met while attending a charity event last years.