Ljay Currie is the new fella in the life of songstress/rapper Iggy Azalea and though he might not be as famous as she is, Currie is also in the music business.

When a new couple is born in showbiz is just natural to ask ourselves, who these people are! According to recent reports, the pair was spotted having the time of their lives while vacationing in Mexico.

Azale split from fiancé Nick Young last spring, but don’t be too sad for her, it appears she has found herself a new man in Ljay.

Keep reading and find out everything you need to know about him in his top ten facts below! 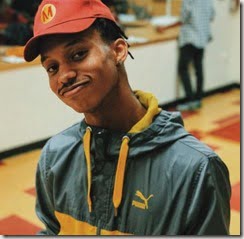 1. Ljay Currie is not his real name

2. He is a former HS basketball player

While attending Fairfax High School, Currie was regarded as one of their top players and was a potential NBA player. The guard, helped lead Fairfax to a 32-3 record as a senior, and a fifth place finish in the California Open Division.

3. He was declared academically ineligible.

In 2013 his high school coach said he couldn’t play the game he loved after performing poorly academically. Currie was getting D’s and F’s

4. His mother was diagnosed with cancer

During an interview Currie said seeing his mother Priscilla, sick was the reason he got bad grades.

5. He was a changed Currie after attending St. John Bosco.

The teen got his act together and thought he never played for the Braves, he was a different person when he was transferred back to Fairfax for his junior season.

6. He received offers from different schools to play basketball.

He was recruited by Loyola Marymount and Fresno State. According to ESPN he committed to Long Beach State.

7. He changed basketball for music 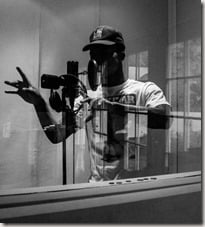 Nowadays, Ljay Currie is best known for being a rap music producer. He often publishes images and videos from his recording sessions on his social media. 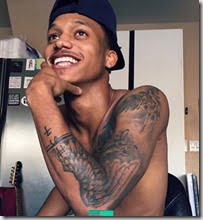 The 19-year-old has a lot of ink work on his left arm and shoulder.

9. He is into skateboarding 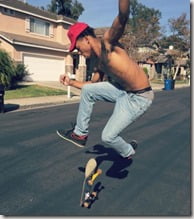 Aside from his music, Currie often posts pictures while doing tricks on his skateboard.

10. He is very active on social media