Kristy Mucci is the ex-wife of singer Michael Angelakos.

Usually when we tell you about artists and their ex’s is to gush about their new love interests, but this time, in an unexpected turn of events, Kristy Mucci’s hubby, has come out as gay! Pretty good reason for a divorce huh! The former couple announced their split last August.

According to several outlets, 28-year-old Michael admitted that he ‘wanted so badly to be straight’ for his wife Kristina Mucci, while he talked about his sexuality during an interview on Bret Easton Ellis’s podcast B.E.E. on Monday.

Kristina “Kristy” Mucci tied the knot to The Passion Pit frontman, in 2013. Kristy Mucci and Michael began dating in 2009. They became engaged after dating for a year and a half, he proposed to Mucci near the end of 2010. He proposed a second time in 2012 after the first try was, in his words, “shitty.”

During a 2012 interview Angelakos admitted to having little experience with serious relationships. “I was very carnivorous. I just thought I was going to ruin someone else’s life, and someone was going to be impeding on my life, too. I don’t know how to make sense of love or lust– that’s why I write a lot about it.”

He said about his-then-fiancé, “She’s the one who’s saved my life so many times.”

Well, now they have split and the real reason in crystal clear. They shared the news on a Facebook announcement: “We regret to confirm that we have mutually decided to separate – amicably and with each other’s best interests in mind – by filing for a no-fault divorce in New York,” 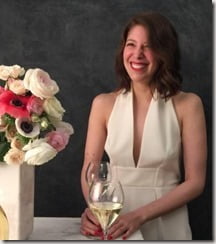 According to her website, she is a freelance stylist, editor, writer, and video producer based in New York.

During his recent interview, Michael added, Kristy Mucci and his parents have been supper supportive and very sweet about his coming out. This gal sounds like the best ex-wife ever!

Angelako’s said she told him back in June:

“Whatever happens right now is whatever. You need to figure out what’s going on with your sexuality – you can’t hate yourself anymore.”’

He went on to say: ‘For what it’s worth, she’s really been one of the most incredible people.’ 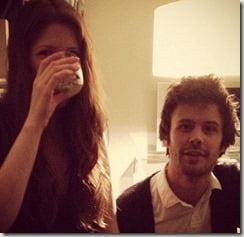 According to Jsonline, it was Kristy Mucci who stopped him from jumping out their apartment window in 2012. Micahel was diagnosed with bipolar disorder at age 18 and was on a suicide watch pretty much all the time. He came close to taking his own life a year later, after cutting himself in a bathtub.

Passion Pit formed in 2007 and released their third album in April. They are best known for their hits Sleepyhead and Carried Away.