Wanda Miller is the current wife of award-winning country superstar and music icon, Kenny Rogers. The tied the knot in 1997 and have remained together since.

Wanda’s husband has been active in the music scene for nearly six decades. He is internationally known as a singer/songwriter. The Texas native born August 21, 1938; has enjoyed enormous success on both the country and pop charts with hits like “Lucille,” “The Gambler,” “Islands in the Stream,” “Lady” and “Morning Desire.”

The husky-voiced crooner retired from touring in 2017 after a 60-year career spanning jazz, folk, country and pop.

Rogers and current wife Wanda have been at his side for nearly three decades. They’ve been married for over 20 years and dated for five years prior to tying the knot on June 1st, 1997. 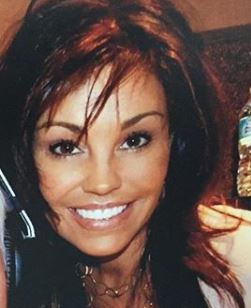 He and his fifth wife, Wanda, welcomed identical twin boys Jordan and Justin in July—just a month before his 66th birthday.

Wanda Miller and her twin sister Tonia were born to parents Charles and Teena Miller. She was raised in Lowndes County Georgia. She graduated from Valdosta High School in 1985.

While in college, Wanda worked as a hostess at Pricci Restaurant in Atlanta, Georgia. That’s where she met Kenny Rogers who inquired about her after a blind date at her restaurant didn’t work out. Kenny said “She had the most beautiful smile. I just had to meet her.”

As an interesting fact her parents didn’t approve of their daughter’s relationship with the much older Rogers.

The singer said in an interview with Fox News.

“Her parents are two years younger than me, they called me and said, ‘We want you to know we didn’t appreciate what you’re doing with our daughter’ and I said, first of all I don’t blame you. I don’t think I would either; but I will make you a promise. I will never lie to her and I will never lie to you.”