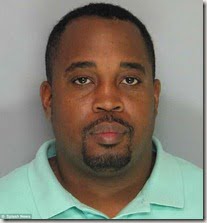 Usher’s 11-year-old stepson Kile Glover, was struck by a jet ski while swimming near his Atlanta home, on July 7, 2012. Kile was pronounced brain dead, and he died while receiving assistance on July 21. 38-year-old Jeffrey Simon Hubbard, a friend of the family, was driving the jet ski that struck Kile.

On March 1, Hubbard was arrested for homicide. He was indicted for Homicide by Vessel, Serious Injury by Vessel, as well as Reckless Operation of a Vessel, and he is currently being held without bail.

Kile was on an inflatable raft at the time of the accident and vacationing with his father, Ryan Glover. Usher and his former wife Tameka Foster, mother of Kile, were devastated when the kid was injured, but hoped he would recover.

“I miss Kile,” Usher told Oprah on Sept. 16. “Kile was a great part of my life, we cooked together, we laughed, we played, we sang, he loved to sing, he loved to tell jokes.”

Usher, whose real name is Usher Terry Raymond IV, 33, and Foster, who divorced in 2009 after two years of marriage, were in the middle of a custody battle over their sons Usher Raymond V, four, and Naviyd, three, before Kile’s accident.