Valery Kaufman is a hot Russian model and the rumored girlfriend of actor and musician, Jared Leto. The Thirty Second To Mars front man is over 20 years older than the fashion model. Get to know her better below.

Jared joseph Leto was born December 26, 1971. The Louisiana native  began his career in TV in the early 90’s and since then has positioned himself as one of the most versatile artists in Hollywood.

The Academy Award winning actor has been romantically linked to a number of models, actresses, and socialites in the past, including Cameron Diaz, Britney Spears, Lindsay Lohan, Scarlett Johansson.

Most recently the unmarried Casanova has been linked to Valery Kaufman. The two have apparently been seeing each other on and off, for the last couple of years. 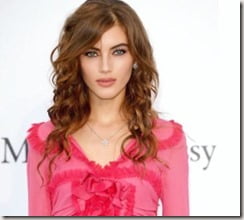 Valery was born Valeriya Kaufman on May 30th, 1994 in Russia, Moscow. She has one sister, Ioannina. Both were trained in dancing growing up.

She began modeling as a teenager and since age 17, has been a regular face in the Paris, Milan and New York City fashion weeks.

2015 was a big year for gorgeous miss Kaufman. She appeared in the 2015 Victoria’s Secret Fashion Show. That same year, she was honored with Model of the Year by Glamour Russia.

In March 2015, she appears for the first time on the cover of Vogue Russia photographed by Patrick Demarchelier.

That was also the year in which she and Leto were pictured together for the first time. At the time, the then 43-year-old and the Russian model were spotted in New York, where they had just had lunch together. They were also snapped sharing a kiss.

Since then, the alleged couple have been spotted in a number of dates. 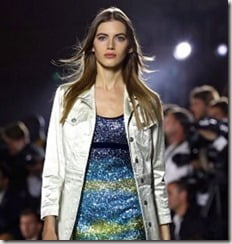 Between, 2014-2015, she was the face of advertising campaigns for Tommy Hilfiger, Alberta Ferretti, Saint Laurent, Massimo Dutti and Coach.

Valery is said to be interested in an acting career. She attended acting courses in New York Film Academy, and in the future plans to enter the New York University on the acting department.

She’s also gained a massive amount of followers on social media. Being a fashion model and the rumored girlfriend of Jared Leto will do that to you.

Check out the stunning Valery Kaufman on Instagram here.