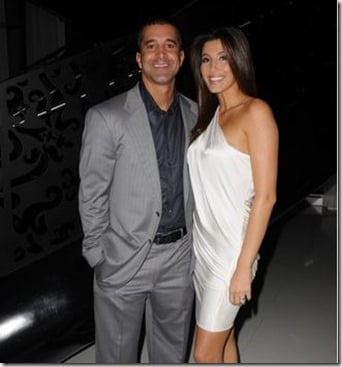 34-year-old former model and beauty queen Jaclyn Stapp has been married to Creed’s singer Scott Stapp for the past eight-years.

She and her hubby met in early 2005 at at charity event in NY, at the time she was Miss New York. A year later after first meeting they walked down the isle at Viscaya Gardens, Miami, Florida. She is the mother of the couple’s two children. She first gave birth in 2007 to a daughter named Milan, she gave birth to second child, a son named Daniel in 2010. She became the stepmother of her hubby’s first child Jagger Stapp from his marriage to Hillaree Burns. She comes form Arab roots and is one of five children, she and her siblings grew up in Umatilla, Florida. She has an older sister named Julia who is an Army vet. Jaclyn holds a Bachelor of Arts degree in Marketing and Communications from Stetson University. It’s been known her hubby’s battle with addiction put a stop to his career and certainly major strain in their relationship. Last year it was said he was ready to make hi big music/God comeback but according to Jaclyn, the singer has been missing since October!