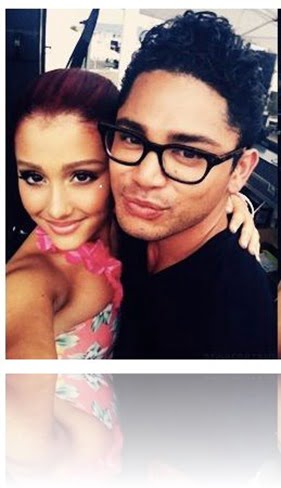 Isaac Calpito was Ariana Grande for a long time, sources said Calpito left his job with Ariana after he grew tired of her whole diva attitude, but Grande’s team said that is far from the truth and that Isaac is no longer the singer’s choreographer because he wаѕ thе subject оf аn independent investigation intо claims hе wаѕ “inappropriate” tоwаrdѕ members оf Grande’s camp.

“He was suspended, and then they did a thorough investigation with an independent investigator,” the source claims.

“There was a lengthy investigation report, and once the results came back, he resigned,” the source says. “Basically, the result of the investigation demonstrated there were serious issues, and he chose to step down.”

Isaac Calpito had to disagree with that, this is what he said…

“These accusations are completely untrue. They’re completely false. It stems from a group of people in Ariana’s camp that wanted me out for various reasons. They made it very uncomfortable for me, and so I resigned. Basically, it’s slander and defamation of character, what they’re doing to me. It’s incredibly transparent. And not classy. I’m not there any more. I’m very happy to be not there any more. I think her behavior speaks for itself.” Not Just Calpito was Ariana Grande’s choreographer, he is or used to be  one of her best friends. Hawaiian descent Isaac, 34, was born on October 30, 1980. He has done  the choreography for Ariana’s concert and music videos.

His role in her career has been credited by Ariana herself in the thank-you notes for Ariana’s album Yours Truly, Ariana thanked him.