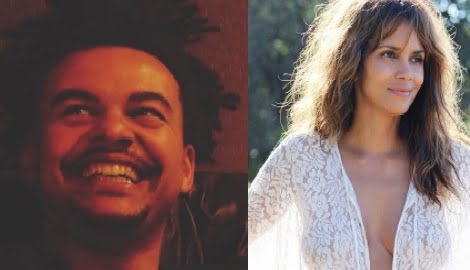 Alex da Kid has officially made his first appearance in girlfriend, Halle Berry’s Instagram. The Academy winner actress and his younger beau appear to be getting along just fine.

51-year-old Halle and 35-year-old Alex da Kid stepped out on Tuesday for a romantic date night in London. In the past, Halle has been unlucky in love, she has been married three times and has two children.

Berry was first married to baseball player David Justice from 1993 to 1996. Following their separation, Halle was said to be so depressed that she considered taking her own life. In 2001 she found love again with second hubby Eric Benet but by 2003, the couple had already split.

She then began a relationship with French-Canadian model Gabriel Aubry –with whom shares 9-year-old daughter Nahla Ariela. Though they never married, the couple were together until 2010 and became involved in a highly publicized custody battle.

She married third husband, French actor Olivier Martinez in 2013, that same year they welcomed son Maceo Robert. She and Martinez finalized their divorce in December 2016.

However, Halle seems to have found ‘balance’ as she captioned the picture in which she appears for the first time on Instagram with new beau, Alex da Kid.

Reports say they are in the early stages of their relationship after meeting over the summer. Alex da Kid is a music producer who was born Alexander Grant on August 7, 1982. The British-born producer, has worked with heavy hitters like Dr. Dre, Nicki Minaj, Eminem, Rihanna and Diddy.

Alex da Kid has certainly proven his talent, he’s been nominated for a Grammy in the past. If that credential is just not enough for you to believe he is worthy of dating Halle Berry, you should also know that he played semi-professional soccer in the Championship League for Bristol City.

However it seems, at one point he had a change of heart and decided to give music a chance. That’s a good thing since he’s produced massive hits. His first major hit was 2010 “Airplanes,” by B.o.B. and Paramore’s Hayley Williams. Other hits he’s produced include “Love The Way You Lie” for Eminem and Rihanna, “Radioactive” and “Demons” by Imagine Dragons.

Alex Da Kid has sold more than 110 million units, and his tunes have more than 11 billion views on YouTube. He is the only producer/writer to have logged two diamond singles, with “Love the Way You Lie” and “Radioactive.”

Aside from that, he also owns KIDinaKORNER –a record company/multimedia creative agency he founded in 2011.

Da Kid attended the University of West London –from where he obtained a master’s degree in advanced music technology.